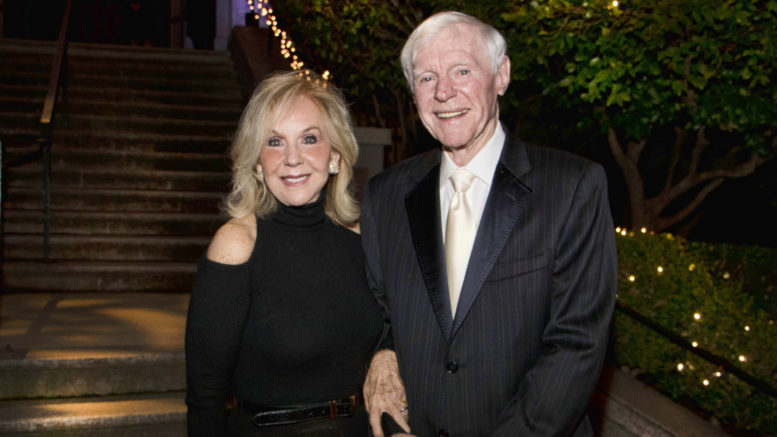 Joyce and Jim Teel attend the Crocker Ball in 2017 at the art museum. They donated $13 million for an addition. (Photo courtesy of Crocker Art Museum)

Sacramento region is rich with grassroots giving, but is missing megadonors

The Sacramento region’s Big Day of Giving set another record this year. On May 2, the annual 24-hour online fund-raising blitz scooped up nearly $8.4 million for 600 nonprofits from more than 23,000 donors.

That brings the grand total to $40 million since 2013, a testament to the grassroots generosity throughout the region.

Yet one super-rich person could match that total with a single check.

And the harsh reality is that our region does not have that many potential mega-donors—think Silicon Valley billionaires or Hollywood moguls—who can give millions, or tens of millions, to their favorite charity.

“Sacramento does not have that profile,” says Linda Cutler, CEO of the Sacramento Region Community Foundation.

While the foundation organizes the Big Day of Giving and trains nonprofit leaders to raise money year-round, it also tries to recruit wealthy individuals who will establish charitable funds for their favorite causes, create scholarships or support the arts. But compared to the Bay Area and Southern California, Sacramento has a much smaller pool of “ultra-wealthy” to pull from, Cutler says.

For instance, Sacramento doesn’t have a single person on the most recent Forbes list of the wealthiest 400 Americans. San Francisco and Silicon Valley have nearly 50, while Los Angeles and Southern California boast more than 30.

At the same time, Sacramento is also missing from The Chronicle of Philanthropy’s 2018 roster of the nation’s top 50 donors. That list includes 13 Californians, seven from the Bay Area.

For instance, Salesforce co-founder Marc Benioff and his wife Lynne donated $100 million to fund the new UCSF Medical Center at Mission Bay and another $100 million to the UCSF children’s hospital in Oakland, which was renamed for them. Richard and Melanie Lundquist gave $70 million this year to the Los Angeles Biomedical Research Institute.

Donations of that size in Sacramento aren’t likely—unless a wealthy heir gives away the family fortune, or a tech entrepreneur strikes it rich, or someone wins the lottery and they decide to be very, very generous.

Sure, there are some civic-minded folks who have shared their wealth. You can see their names at Crocker Art Museum, where Joyce and Jim Teel gave $13 million and Mort and Marcy Friedman donated $10 million toward the $100 million addition. Or at UC Davis, where Jan and Maria Manetti Shrem gave $10 million for the Manetti Shrem Museum.

But there are other needs and worthy causes: health care, parks, youth programs and many more—local journalism for that matter. Where are all the “whales” supporting those?

Ideally, Cutler says, the Sacramento region would have strong “retail philanthropy” from small donors, plus a sizable number of high-dollar givers.

Until we have that balance, the nonprofits that we count on to provide arts and culture, to help the less needy and to build community won’t truly flourish. And Sacramento won’t either.

Be the first to comment on "Editor’s note: Sharing the wealth"