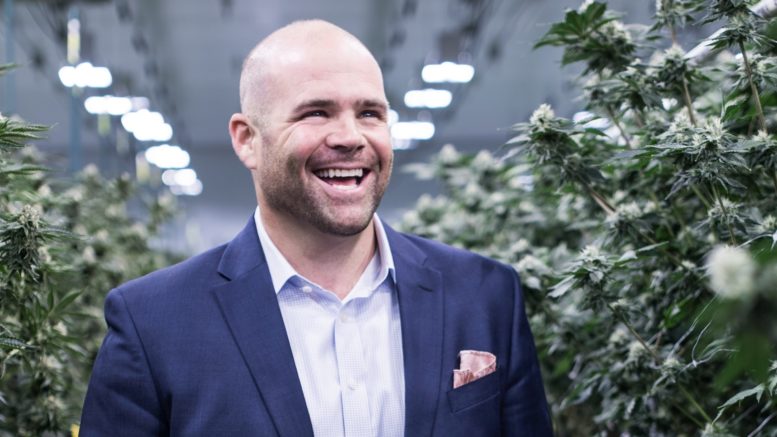 Joe Devlin left his position as the city of Sacramento’s chief of cannabis policy and enforcement to become vice president at Ikanik Farms.

In April, Joe Devlin, the city of Sacramento’s cannabis czar, wrote an essay for SN&R bragging about the success of the city’s “pragmatic approach” to legalization.

In May, he left his post as chief of cannabis policy and enforcement after a little more than two years.

And on July 2, Ikanik Farms announced Devlin as its senior vice president of new market development as it expands in California.

While it may appear that Devlin is cashing in on Big Cannabis, his move through the revolving door is perfectly legal.

Under Sacramento’s city code, there’s nothing to stop former employees from going to work in the same industry. They must, however, wait one year to appear before the City Council or top officials to represent clients on matters they were involved in while on the city payroll.

Devlin told me he doesn’t expect to be lobbying his former bosses and colleagues. He says he resigned the day before the city dismissed him and says he had felt “burned out for a while,” but had said no to previous offers before he “bumped into” Ikanik representatives in March or April.

What piqued his interest, he said, is that Ikanik is more of a startup, and it’s led by people from outside the cannabis industry who have global ambitions.

“I like the vision of the company. It’s much bigger than Sacramento. It’s bigger than California,” said Devlin, who when he talked to me on July 15 was still awaiting furniture for his small Midtown office.

It looks like a great hire for Ikanik to get someone who had been deep into the weeds of legalization. In a press release, Ikanik’s Canada-based parent company cited Devlin’s experience, saying that under his guidance, Sacramento had become a leader in cannabis regulation and its cannabis economy had attracted “hundreds of millions of dollars in investment.”

The release said that Devlin will help “solidify Ikanik’s competitive position in California” and oversee its entry into the Northeast U.S. as it seeks to become “the nation’s most iconic vertically integrated ‘seed-to-sale,’ multi-state cannabis operator.” Devlin will also lead its government and external affairs division, “intended to develop synergistic and meaningful civic partnerships.”

As he gained all that knowledge and built his resume, taxpayers paid Devlin $140,375 a year in salary.

At City Hall, Devlin oversaw the transition to legal adult-use marijuana and city taxes and regulations on dispensaries and grows, and also helped launch a social equity program that is supposed to help people of color, women and those hurt by the war on drugs get a foothold in the industry.

“We did a lot of great things,” he said, also listing a training program for retail workers and a youth education and prevention program.

Devlin did make a difference, but it also appears he was looking for greener pastures months before his departure. In March, he sought permission from City Manager Howard Chan’s office to consult four hours a week for Conway Ranch, an industrial hemp company based in Yolo County. In his March 21 request that was approved April 4, Devlin pointed out that since hemp is not legally the same as cannabis, it would not violate the city code “nor would it present any potential moral, or ethical conflicts with my current duties.”

I’m certainly not going to criticize anyone for taking a more lucrative job. Still, he did leave the city in something of a lurch. City Hall is just in the preliminary stages of finding his replacement.

Asked what advice he would give his successor, Devlin hesitated. “They can reach out and ask for it,” he said, then added: “The job is a lot.”

He dreams of roses

Be the first to comment on "Editor’s note: Revolving door"