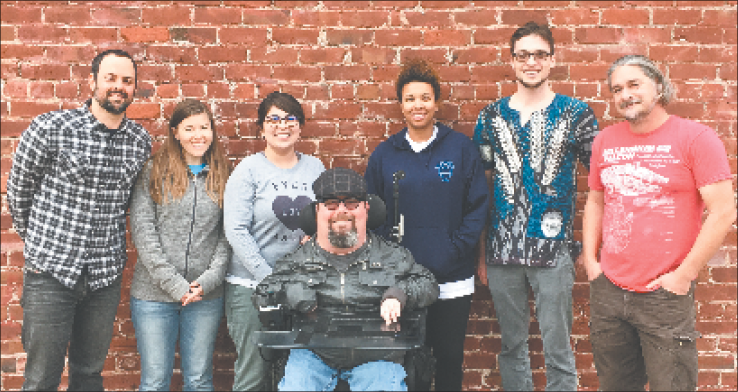 With so many vacant lots, Oak Park has plenty of room for new affordable housing, according to Katie Valenzuela of the SacCLT board, pictured here. Photo courtesy of Katie Valenzuela.

Nine new “luxury homes” located on 34th Street in Oak Park recently went on the market. The listing price? More than $500,000 each.

A wiser use for land in Oak Park would be affordable housing, according to the Sacramento Community Land Trust, or SacCLT, a volunteer organization that is on its way to becoming a nonprofit “developer for the people.”

Its goal is to create more affordable housing in California’s capital, starting in Oak Park, where longtime residents and businesses are being displaced by gentrification.

At present, “We are pivoting from planning to doing,” said Katie Valenzuela, co-chair of the SacCLT board, a 35-member group that is actively pursuing nonprofit status.

“We are also contacting people interested in selling land to us,” she continued, adding that there are various federal/state grants available for nonprofit advocates of affordable housing. SacCLT will apply for such grants.

Some foundations have also expressed interest in funding SacCLT. One of them is The California Endowment, which supports SacCLT’s vision.

SacCLT traces its genesis to 2016, when 50 people attended a neighborhood policy forum in South Sacramento. Among the topics that spring day: creation of a community land trust to fight for housing equity.

“Oak Park was a lightning rod of that discussion,” Valenzuela said, noting that the formerly working class, mostly African-American neighborhood was then well into gentrification.

“Oak Park was a lightning rod of that discussion.”

Katie Valenzuela
Co-chair of the SacCLT board, on the conversation around creating a
community land trust

“People felt helpless,” she said. By then, some Oak Park residents had been forced to sell their homes because they didn’t meet new housing codes or because the owners couldn’t pay mammoth property tax bills. Higher rents had also prompted some tenants, as well as mer chants, to abandon Oak Park.

In an interview, Valenzuela described ways SacCLT might help people in crisis. One of them could be by buying the land from the homeowner, allowing them to keep the value in their home and use the money for repairs or debt payments.

With its many vacant lots, she said, Oak Park has plenty of room for new affordable housing — not $500,000 homes.

To find out about SacCLT, click “Learn more” below.