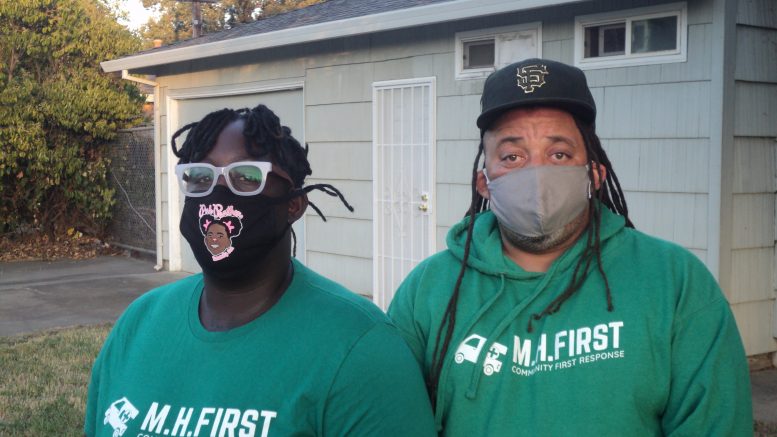 People of color increasingly think twice before dialing 911 to report an emergency, be it on the road or at home.

A 911 call by a dark-skinned citizen has at times resulted in the caller and/or relatives being beaten or even killed by law enforcement, followed by the survivors’ arrest. Caucasians dialing 911 also risk the same tragic fate, but at lower rates.

“We are not anti-police,” Adam Wills, a co-founder of the new system, emphasized recently. “We are anti-police terror, which is when entire communities fear for their safety in dealing with law enforcement.”

The new program, Mental Health First, or M.H. First, is a volunteer critical intervention team that primarily responds to disturbances involving persons with mental health issues. Its responders include registered nurses, crisis counselors and others, with a doctor always on call. The unarmed team, which has modified its operations amid COVID-19, is sponsored by the Anti Police-Terror Project, a grassroots group that believes police are overburdened.

“Police chiefs across the nation say police don’t want to be mental health workers,” he said.

Between January and March, when COVID-19 arrived, M.H. First independently responded to dozens of calls for people with mental health issues. The calls vary from “people acting erratically because they’re hearing voices or seeing (imagined) things” to “someone acting paranoid, thinking someone is out to get him,” said Wills’ wife, Asantewaa Boykin, R.N., an M.H. First member and an emergency room nurse at a local hospital.

One call concerned a pedestrian weaving in and out of traffic downtown. Such situations can be exacerbated by “authoritarian figures” armed to the teeth, Wills said.

“When you approach people in crisis, you approach them meekly,” he said. “You ask them, ‘How are you doing? May I help you?’”

The first step can be as simple as handing the distressed person hot cocoa, sodas or blankets.

Keeping people out of jail is a priority — which explains why some M.H. First volunteers belong to Decarcerate Sacramento, a group supported by The California Endowment.

For now, COVID-19 has turned M.H. First into a “support line.” Callers are counseled on how to de-escalate crises, or are referred to mental health programs.