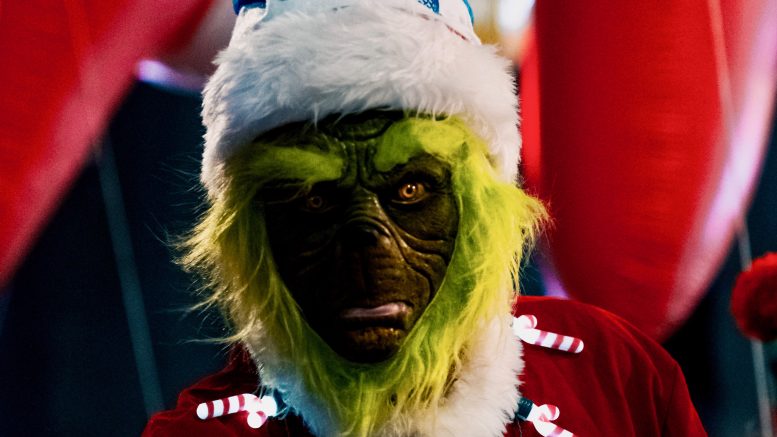 It’s been a few years since SN&R has been able to mark the holiday season with its annual “Grinch’s” list. In the wake of the pandemic, we simply haven’t had the staff time, resources or mental bandwidth to do this annual coal-in-the-stocking tradition justice, particularly when we’re steering what energy we have towards the housing crisis, the homeless catastrophe and the region’s continued absence of arts coverage. However, if we were compiling a Grinch’s list this year, one name would surely rise above the rest this December – even ahead of such obvious grinches as the crypto huckster Sam Bankman-Fried, the obfuscating state Department of Water Resources and the corporate cringe-inducers at Horne LLC. And that name cutting through the cream of the crappy eggnog would be Mark Zuckerberg.

This month, “Zuck’s” company Meta threatened to pull all news items from Facebook and Instagram if Congress passes a media competition bill that forces social media platforms to pay publishers for their content. If hearing that reminds you of Bill Murray’s “Groundhog’s Day,” there’s a reason: The same fight went down in Australia last year. The leaders of that country determined that Facebook became a $900 billion corporation partly by capitalizing on the rampant sharing of news stories on its sight, while simultaneously draining journalistic outfits of the lion’s share of ad revenue that sustain their operations. In early 2021, Australia passed a law compelling Meta to pay newsrooms in the Land Down Under for their content. Zuck and his management team then threw what can only be described as one of the most outlandish, greed-driven tantrums ever seen outside of the Trump saga. Facebook literally kicked all Australian news agencies off its platform.

Ballsy? Maybe not. In an era of COVID and various climate-spurred calamities, Zuck quickly felt the wrath of a global backlash. Meta ultimately decided to comply with Australian lawmakers. However, here we are at “the most wonderful time of the year,” and they’re ready to have the same fight all over again in the U.S. Recently, Democratic senator and former presidential candidate Amy Klobuchar introduced a bill that would bring similar civic accountability to Meta’s wholesale destruction of American journalism. That bill just got out of committee, which is why a panicked Zuckerberg has temporarily climbed off his Scourge McDuff pile of money to threaten some Australian-style content chaos. From where I sit, Klobuchar looks as tough, or tougher, than any Australian official that I can envision; but whether President Biden and the Democrat leadership stand strong with her while facing down the Metaverse-obsessed Zuckerberg is an open question. Those saddled with crushing college debt might tell you they will. The nation’s unionized rail workers might tell you they won’t.

SN&R’s readers are sophisticated enough to know that news production isn’t free. That’s obvious from badly needed and greatly appreciated financial contributions that come in. I think many SN&R readers probably also agree that Big Tech isn’t terribly concerned about the local problems of the Capital Region, or how to fund journalists covering them in a meaningful, solutions-oriented way. That’s party why SN&R was a founding partner in the Solving Sacramento journalism collaborative. Since last March, SN&R’s partnership with Solving Sacramento has produced some 25 different stories on the area’s affordable housing crisis and its related ties to the growing homeless epidemic. For the most part, these haven’t been stories aimed at just convincing readers that these problems are dire, rather they’ve been stories aimed at exploring possible solutions that the community can consider. They’ve studied how successful housing collaboratives for the creative economy have managed to work over time and they’ve looked at lessons Sacramento social workers have come to understand about housing aged-out foster youth, including the specific factors at play with Black foster youth and LGBTQ foster youth. They’ve explored new employment efforts to grow the area’s workforce of builders, so that approved housing projects aren’t needlessly stalled for lack of trades people, and they’ve taken deep dives on new mixed-use, experimental affordable housing projects, so readers can form opinions on whether to support similar projects; they’ve weighed-in on the pros and cons of adding a vacancy tax, or creating more community land trusts, or bolstering the ADU trend, or funding social housing models similar to those in Austria. Recently, the Solving Sacramento team produced a story and photo essay about the affordable housing projects in our area that have ultimately been a success – and they ways they’ve changed peoples’ lives for the better.

This week, SN&R has another Solving Sacramento story, one that explores exactly how city officials plan to bring more duplexes and four-plexes online in the very near future. It’s a strategy called ‘missing middle housing,’ and some experts say that the Capital City badly needs it. Also, on the news front, writers Zach Lallian and Isaac Streeter have a data-driven report about the rising prominence – and importance – of small studio apartments in Sacramento County, as well as how developers are realizing there’s a big market for more. In other words, the area’s affordable housing crisis isn’t going anywhere any time soon. And with skyrocketing rents and soaring inflation, the last thing anyone needs is to be the victim of a property crime. We also have a new story that we hope puts an interesting light on recent theft statistics in the region. When Nikki Chamberlain’s motorcycle was stolen after a life-changing, cross-country road trip, she was able to tell authorities in El Dorado County its exact location because of a GPS device. SN&R’s feature “Stolen Wheels, lost connections” delves into the unexpected thing that happened next. Rounding out our December coverage, Casey Rafter brings us a piece on local author and historian Gary Noy’s new book about the legacy of Yosemite, “Nature’s Mountain Mansion.”

Covering the Capital Region’s hardest problems, and highlighting what its arts scene brings to our lives, is what we’re hoping to continue into next year.

Be the first to comment on "Analysis: On media Grinches and exploring real solutions for Sacramento"