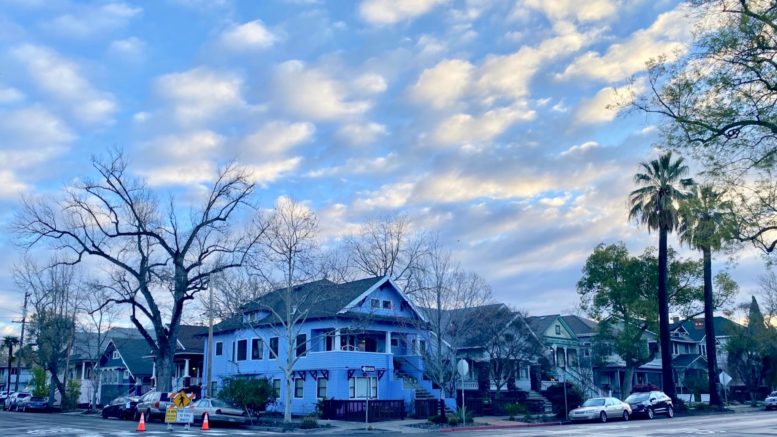 Evidence is mounting that the pandemic may have a long-lasting effect on Sacramento’s economy beyond vanquished jobs and businesses, as telecommuters continue to move in from the Bay Area and make the city’s already-acute affordable housing crisis potentially unmanageable.

The latest worrying trend comes from the financial tech company SmartAsset, which released a study last week that identified Sacramento as one of the ten worst cities in the U.S. for both median monthly housing costs and housing costs as a percentage of household income. According to the report, the average American spends 20.31% of their annual pre-tax income on their housing. In Sacramento, residents are spending 24.51% of their income to keep a roof over their head. On those fronts, the city is now in a tie for the 9th worst spot in the nation with Atlanta, GA.

SmartAsset also found that 6 of the 10 worst cities for percentage of income dedicated to housing were in California, with Los Angeles, San Diego and Long Beach ranking second, third and fourth, respectively.

Closer to home, Oakland ranked as the fifth worst, while San Jose landed just one spot worse than Sacramento.

SmartAsset’s findings come just two months after a report from the real estate marketplace Zillow determined that rents in the Sacramento region, on average, have jumped 7.5% from the previous year. At nearly the same moment Zillow’s figures dropped, an analysis from U.C. Berkeley’s California Policy Lab found that San Francisco is experiencing “a unique and dramatic exodus,” which in turn is causing “50% or 100% increases” in migration to other parts of Northern California.

Journalists and surveys have flagged various reasons why people are fleeing the Bay Area: Prior to the pandemic, these motivations included skyrocketing rents and home prices, worsening traffic and governments’ deepening failures around homelessness. Since COVID-19 hit and Bay Area counties enacted some of the strictest lockdown measures in the nation – often enforcing even more stringent mandates than the State itself – additional drivers in the mass exodus reportedly include the apparent death of entire business districts and a serious spike in violent crime.

And enabling all these factors is the new post-pandemic reality of many Californians working from home – a trend that’s expected to continue for an array of career fields, particularly in the tech industry.

Sacramento’s affordable housing crisis has already dragged on for at least five years. As it’s worsened, low-income families have borne the brunt, forced to spend the highest percentage of their income on avoiding homelessness. A 2019 report from the California Housing Partnership Corporation showed that tenants in Sacramento County needed to earn $27.79 per hour, which is 2.3 times the minimum wage, just to afford the median asking rent at that point in time.

The new study by SmartAsset suggests, a year-and-a-half later, that the situation is likely even worse for lower-income tenants.

District 4 councilwoman Katie Valenzuela, who campaigned on tackling the housing crisis, told SN&R that the SmartAsset report matches numerous other studies and trendlines that point to a worsening problem.

“The data is so clear, and this is not at all shocking to hear,” Valenzuela said. “It’s not rocket science that when you don’t require developers to build affordable homes for years, and you do nothing to protect tenants for years, that you arrive at an unsustainable situation. You can see that just by going to our emergency homeless shelters, where you’ll meet many people staying in them that do have jobs – they just can’t afford housing. It’s important that people understand that we’re going to end up paying for this, one way or the other: We can either have policies that lead to a lot more affordable units getting built, and tenants not being priced-out of their homes, or we can pay for it later when people end up on the streets.”

Valenzuela added that her office is currently working with city staff, housing advocates, affordable housing developers and state officials on potentially reinstating a policy that would require developers to make a certain percentage of any new housing project affordable units. The City previously had that rule, but abandoned it in 2015.

“We’ve known this crisis is coming for a while now,” she said, “it’s like a slow freight train and it’s still coming at us.”