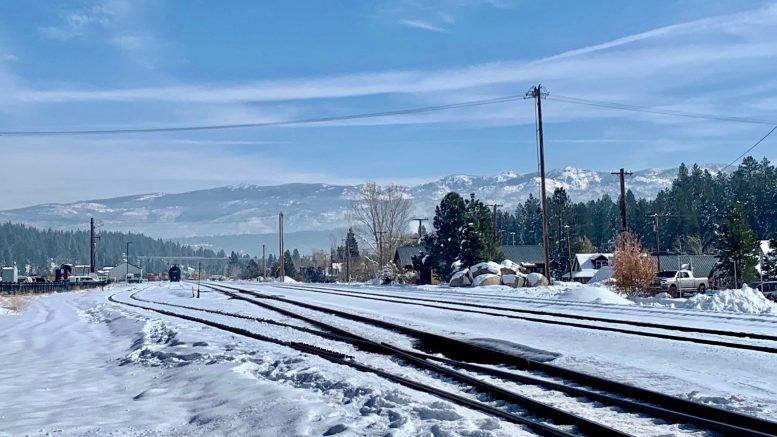 The current snows on Truckee near Donner Lake. Photograph by Scott Thomas Anderson

As the first snows of winter sweep across Donner Summit, rush over Sierra lakes and tumble down the Truckee River Canyon into Reno, my thoughts always turn to the Donner Party.

I initially researched their tragedy for a newspaper series to mark the 150th anniversary of the pioneers’ 2,000-mile walk across the continent and entrapment in the Sierra Nevada during the terrible winter of 1846-47. After the series morphed into a book in 1997, I thought I was done hanging out with those unfortunate emigrants.

Instead, the pioneer families have remained my close neighbors for more than two decades. I’ve taught classes, given lectures, appeared on TV documentaries, monitored archeological digs, pored over newly discovered documents and led tours of their trail and camp sites. That’s because the Donners’ story, like the sinking of the Titanic or the Battle of Little Big Horn, is an iconic part of American history.

Even absent the horror of cannibalism, the tale is more fascinating than any novel. It has heroism and depravity; kindness and cruelty; lonely deaths; last-minute rescues; and—above all—redemption. People can’t get enough of it.

Perhaps no part of the narrative illustrates the contrasts of the ordeal than the events of Christmas Day in 1846. On Dec. 25, the entrapped families huddled and prayed, shivered and wept. One mother surprised her children with a holiday “feast” of scraps of food she had squirreled away for the occasion. Just for a moment, joy visited the mountain.

On that day, spring seemed an impossible dream, but hope perched like a star above the families’ hovels. The storm broke after midnight; moonlight glittered like gems atop the beautiful, deep and deadly snow.