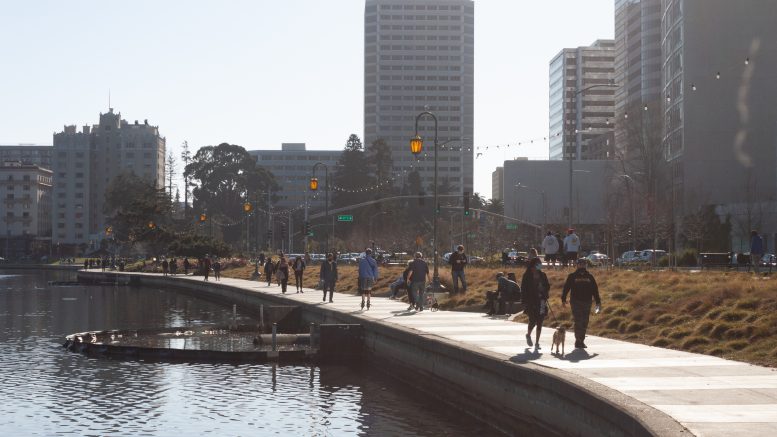 In a city as large and diverse as Oakland, a one-size-fits-all approach to communication would never work. The solution: the city reached out to individual communities to ask what would.

The Bay Area has long been on the forefront of recycling—and has served as a state and even national model in terms of starting it early and doing it right. What can other city agencies learn from how the City of Oakland, for example—with one of the most diverse Bay Area populations—created outreach campaigns that work?

To find out, we caught up with Wanda Redic, a senior recycling specialist with the Oakland Public Works Department for her wise (and delightful) thoughts on the matter.

In terms of the successful implementation of recycling, in particular 1383, one big part of it is dealing with the contamination problem. This has been more complex and difficult in multi-family residences. What is your approach to solving this?

In Oakland, we’ve worked hard to educate residents about proper sorting. We recognized years ago that the one-size approach to communication will never work in a city as large and as diverse as Oakland.

With that in mind, we decided that our goal is to have everyone participate in the program and to do so, we needed to touch every person, all cultures, all age groups, all ethnicities, and all genders. We researched a method to mail all print information to each resident mailbox. Then, we researched Oakland’s demographics and identified communication preferences of multiple age groups across multiple ethnic communities. Instead of limiting ourselves to mailers like brochures, postcards and bill inserts, we waded into the pool of mass media communication. While we’ve been deliberate about social media, we launch campaigns yearly or at least every other year. We have run campaigns on transit assets (BART/AC Transit), cable and digital advertising, local television advertising. This is certainly not the entirety of our efforts, but these are the resources we’ve used that I think have helped reach residents in multi-family more effectively than bill inserts and other print media can.

Can you talk a little bit about how you’ve been able to adjust your communication to reflect the diversity of the population?

Oakland’s Equal Access ordinance predates SB 1383 and was the example we shared with the state when the regulations were being drafted. (You’re all welcome.) All our print media and some social media content, which includes video, is shared with our residents in English, Spanish, Chinese and Vietnamese. We also include Korean for Koreatown merchants.

But these aren’t the only community members we serve. We’ve noticed that people from some ethnic communities will co-locate in an apartment building, and we’ve had the opportunity to provide information in other languages such as Arabic, Eritrean (had to look that up in Wikipedia) and Portuguese (Brazilian).

The struggle is often ensuring the translation matches the real meaning or intent of the information. Never assume all who speak a particular language use the same vocabulary. Jury is still out on the correct Spanish word for ‘compost.’ It depends on where you are from. It’s important to ask someone from the community to tell you what they think you mean. Once we nearly published a bag that read “Whenever You Shop, Bring Your Own Bag.” In Chinese, “bag” is slang for a common prophylactic used to prevent pregnancy. We changed it to “shopping bag.” Can’t have an image of a venerable dragon flying around with that in its mouth for Lunar New Year. Now, we are exploring how to go beyond translations to messaging that is linked to cultural norms. We’ll let you know how that goes.

How are you working with affordable housing in Oakland?

Affordable housing programs are government agencies housed within a government agency. When they are part of a federal program, they may have their own collection service contracts. But they have the same service provider as the rest of the city.

Once we understood the differences in their contract, we began working directly with staff in the Oakland Housing Authority to roll-out recycling and organics services to their properties that fell under the city contract and encouraged them to share the resources at their other properties. When working with the authority, we needed to be willing to help meet all their waste management needs. It was important to engage with them on ways to reduce the trash bill and help them address illegal dumping on their property.

In addition to all these things, we worked with our contracted collection services providers to create a bulky pickup collection system that allowed OHA staff to collect bulky items from all their properties and deliver them to their own facility for sorting. The service provider now services bins from one location. We also supplemented their in-house outreach efforts by providing our signage and bill inserts which are included in residents’ rent notices.

What have some of the results of your efforts been?

With outreach and education at the front, we never can point to anything and say it was because of a brochure or other campaign. We never have the capacity to check. What we know is that most residents are putting recyclables into the recycling cart. That’s only part of the story and there is more work to be done. I’m no longer in charge of the outreach program for residential recycling and composting, but I’m still an influencer. Maybe we’ll revisit community-based social marketing again soon.

I don’t like eating ice cream alone. It’s cake and ice cream or peach cobbler and ice cream. My favorite ice cream is the one I make at home. I don’t like the beach, but I love to watch the water. I think mountains are majestic to look at but you’ll never find me on one (except for that one time). Dog or cat? Hmmm…I love them both, but I have neither. It’s like raising children all over again. Plus, if you baby them when they are babies, they expect you to keep doing it when they weigh 90 pounds!

Be the first to comment on "Know your residents: Why Oakland succeeds in recycling efforts—and how other parts of the state can do the same"