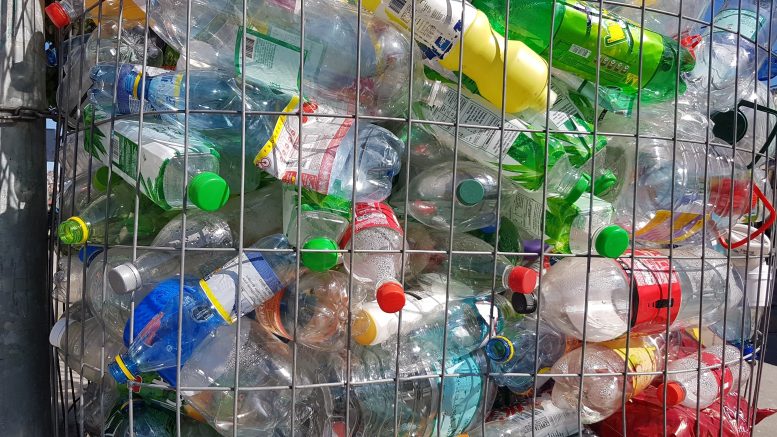 Most of the bills in the nation on EPR are bottle bills; Heidi Sanborn is working on the national bottle bill, now, which will be a true producer-run program.

‘Product stewardship’ is a not a term most of us can quickly define. But it’s getting increasing attention in the waste and recycling world, as well as in company boardrooms and legislative chambers. What does it mean?

Here’s a simple explanation: If you create a product and sell it to people, you must give serious consideration to its end-life. That is, what can people do with it when it breaks or wears out? How much will that disposal fee cost? If it is your product, you bear responsibility for how it impacts our society—both while it’s being used and when it is no longer useful.

And as landfills become scarcer, it’s not enough to say, “Well, throw it in the garbage.” And if it contains hazardous materials or is difficult to get rid of (think king size mattresses), there is even more at stake.

For a closer look at this complicated but newsworthy subject, we sat down with Heidi Sanborn, the founding executive director of the National Stewardship Action Council.

Around 20 years ago, you first started talking to me about the crazy, revolutionary idea of product stewardship. How would you define it and why is it so important?

I would define it as the producers being responsible for the full lifecycle of their products. It’s important because when they externalize the costs, as economists call it, to the environment and local government, we pay a very high price, and they feel no economic reason to change design. So, the cost to manage at the back-end (disposing of the product) keeps going up, because the (manufacturers) don’t have a financial feedback mechanism to make them want to change their behavior of what they sell.

For decades now you’ve been leading the product stewardship movement in California. What are the more successful programs that have been implemented here?

I think the mercury thermostat takeback is a big one, so people can return those for free. … That’s the largest amount of mercury left in people’s houses, in old thermostats with the ampules (sealed glass containers).

The most popular program is the California Paint Stewardship Program (which collects and recycles unwanted paint). I worked for seven years to get that done and implemented. Carpet stewardship (which requires manufacturers to recycle carpet) is less known by the public because it’s mostly done by the installers. Mattress Product Management is a big one that a lot of people notice because if you buy a new mattress now, they’ll take your old mattress back, because we’re trying to stop illegal dumping. Our biggest bill was SB 212 in 2018 to make producers of medications and sharps take them back. That program should be fully implemented soon. Those are the big ones in California.

What’s happening on a national level with product stewardship?

A lot. In fact, last year, Oregon and Maine passed Packaging Producer Responsibility laws, which cover the largest single category of products. I’ve always said it’ll be the hardest thing that we ever do because there are so many manufacturers and so many material types. It’s very complicated.

Colorado just passed on June 2nd the third extended producer responsibility for packaging bill in the nation. In California, on June 30th, SB 54 was signed into law (the most ambitious extended producer responsibility bill for packaging in the U.S.). California is not leading on packaging, so I hope very quickly we catch up and have the best policy in the nation learning from those who went first.

(Nationally) there are also other bills, like Connecticut doing an EPR take-back for gas cylinders. We’re promoting a bill here in California that’s going to ban the sale of the single-use cylinders, which I prefer because it’s source reduction versus recycling. I always want source reduction first, plus that is the law in California.

Most of the other bills in the nation on EPR are bottle bills. I’m working on the national bottle bill, and we’re hoping to get that introduced, and that will be a true producer-run program. Our bottle bill in California is the worst in the nation: It has the lowest recycling rates and the government runs it. The producers don’t have that feedback mechanism. They (are responsible for) some payments, but they are nowhere near where they should be for that system and we have “recycling deserts” where people have to drive for many miles to recycle and get their money back–that is not right. So, we’re taking the best of the best bottle bills and crafting one nationally, and I’m working on that right now. We hope to see that introduced quickly, and that’s a big deal.

Where do you see product stewardship 20 years from now?

I started this discussion in 2006-7, so we’re now 15 years in. I was at a conference recently in Las Vegas, the Waste Expo, and my expertise is EPR, but that’s not even what I was there to talk about. So many people are talking about it now, and it’s so normalized. The ball’s rolling down the hill, it’s going to exponentially grow faster and faster: the movement is toward internalizing costs and the cost of doing business for manufacturers. My prediction is that everything is going to be source reduced, recyclable, or compostable within 20 years, and producers will primarily be in charge of the whole thing, with government role being oversight and enforcement.

Under the new SB 1383 legislation, how do we dispose of organic waste—and how close to meeting the 2025 goals are we?