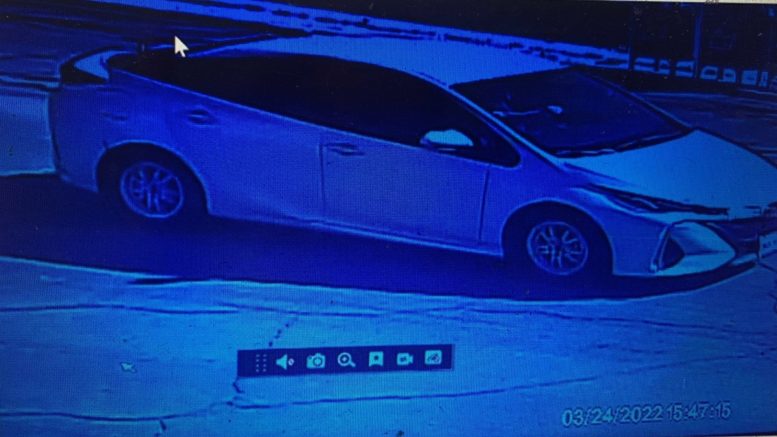 Surveillance video of an alleged fentanyl trafficker sending shipments through the mail.

On the same week CDC announced that 2021 was the worst year ever for fatal drug overdoses in the U.S., prosecutors in Sacramento walked a federal jury down a rabbit hole of the Dark Web, presenting evidence of an illicit online marketplace where fentanyl pills disguised as oxycodone are swapped for a fortune in crypto currency.

Health authorities say that fentanyl is the driving force behind an overdose trend that killed more than 107,000 Americans last year. In 2020, Sacramento-area law enforcement intercepted multiple shipments of counterfeit Oxys that turned out to be fentanyl, all of which, in those cases, had been smuggled into the region by violent cartels south of the border. Users who unknowingly bought these trick capsules ingested nearly twice the dosage they were preparing for. In those moments, the chances of an accidental death shot up, even for experienced addicts.

While the Sinaloa Cartel has emerged as a constant player in the murderous phenomenon, the indictment that was issued in Downtown on May 12 highlighted other trafficking avenues, including mail fraud schemes born in that anonymous digital world that’s dominated by Crypto.

The grand jury testimony centered on 31-year-old Holly Adams and 33-year-old Devlin Hosner, two California residents accused of shipping mislabeled opioids near and far. An investigation into the pair started in May 2021, when a task force called the Northern California Illicit Digital Economy team zeroed in on one of their accounts. The team had been surfing the Dark Web and spotted a vendor operating under the name “igogrraawwr.” That individual appeared to be selling contraband through an underground marketplace called ToRReZ.

According to an affidavit filed by federal investigators, igogrraawwr had already been conducting business on ToRReZ for months.

The investigators began engaging in undercover buys from Igogrraawwr’s account. They then tracked the postal history of the packages being sent all the way back to an application for service that was allegedly filled out at a Palm Desert post office by Adams, using her driver’s license, as well as an auto insurance policy held by her and Hosner.

“I reviewed publicly available images posted by the owner of the ‘hollygrraawrr’ Instagram account,” Fitzpatrick noted, “and these images suggest that Adams and Hosner were/are romantically involved.”

Federal agents did multiple buys with Adams and Hosner through the mail, with the couple often requesting Bitcoin as payment, according to the affidavit. Hosner then allegedly used his Coinbase, PayPal and JP Morgan Chase accounts to launder the Bitcoin on the Dark Web by converting it to fiat currency.

“Coinbase is an online cryptocurrency exchange where individuals can purchase or sell various types of cryptocurrencies, such as Bitcoin and Ethereum,” Fitzpatrick detailed in his report. “According to Coinbase records, Hosner opened a Coinbase account on or around March 31, 2021. Between April 29, 2021 and August 15, 2021, Hosner sold in excess of $800,000 worth of Bitcoin and converted the Bitcoin into dollars.”

The pills that Hosner and Adams were allegedly sending through the mail were sometimes hidden inside a holiday gift bag or restaurant-style takeout box that also contained a “variety of trinkets and jewelry,” Fitzpatrick wrote.

Last week, a federal jury in Sacramento returned a two-count indictment against the pair for conspiracy to distribute fentanyl and money laundering. They have pleaded not guilty. If convicted in the federal court system, the two face a maximum penalty of life in prison and a $10 million fine.

Adams and Hosner’s indictment coincided with the new CDC data that marked another jarring year, nationwide, for public health officials. The year prior to that, 2020 – the same year of lockdowns, forced isolation, mass joblessness and unending pandemic stress – had marked the deadliest one on record for fatal overdoses up to that point. There had been hope in some quarters that with the COVID crisis waning the 2021, numbers might show an improvement. The government’s provisional findings showed the exact opposite – a 15% increase in deaths from the previous year. That means roughly one American is dying every 5 minutes from a drug overdose.