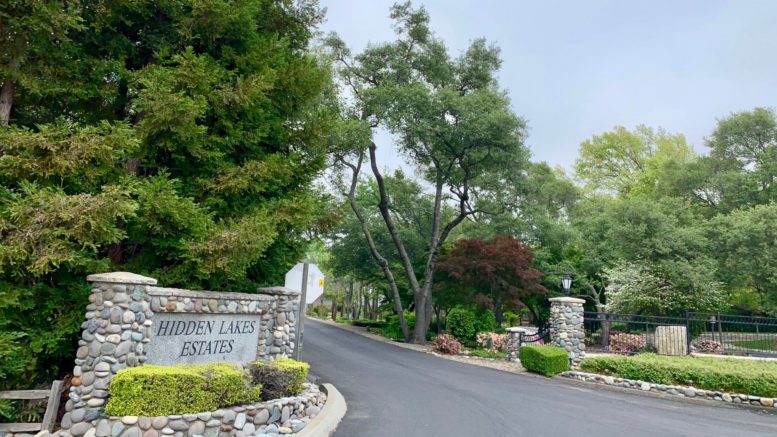 Steven Robinson was living off an inheritance in a posh part of South Placer, but still helping spread the fentanyl scourge that’s cost thousands of Californians their lives

A 34-year-old man living with his mother in an upscale enclave of Granite Bay was involved with numerous near-fatal drug overdoses, according to recently unsealed court documents. Steven Lawrence Robinson is accused of a litany of troubling activities, from hiding high-powered rifle rounds in the walls of his family home, to trafficking the same kind of fentanyl that’s caused hundreds of deaths in the Sacramento area. Robinson was recently sentenced to five years in a federal penitentiary.

The investigation into Robinson gained steam on June 18, 2020, when three people overdosed in the Roseville-Rocklin area on the very same morning. Alarmed, local police departments attempted to determine what substance had caused the trio of victims to be rushed away in ambluances. One victim had been found inside their still-running vehicle, slumped over, with their foot on the brake while the car was in drive.

That day, Lincoln police officer Scott Goin contacted the federal Drug Enforcement Agency in Sacramento with news that two of the overdoses were caused by black tar heroin, while the other was triggered by “China White” fentanyl. Five years before, the Roseville-Rocklin area was rocked by numerous of fatal and near-fatal overdoses from black tar heroin that dealers had cut with propofol. Back then, some of the tainted heroin was linked to four quasi-Norteno gang members from affluent parts of Rocklin and Granite Bay, all of whom were eventually sent to prison. After being contacted in the wake of the June overdoses, the DEA joined the investigation into where the drugs were coming from.

The three victims ultimately survived, though one only because they were quickly given two doses of emergency NARCAN treatment.

DEA agents and detectives with the Placer County Sheriff’s Sensitive Investigations Unit soon developed leads implicating Robinson in the overdoses. They also identified his alleged drug dealing partner, a Grass Valley man named Nathaniel Opondo Hubbert. According to court filings, authorities learned Robinson lived with his mother in a large house in Granite Bay’s secluded Hidden Lakes Estates, and that he drove a black luxury sedan, and that he didn’t have a job but was living off an inheritance from his grandmother.

Robinson was already under suspicion of drug trafficking at the time of the three overdoses. Witnesses had reported that he was selling fentanyl around South Placer County for $160 a gram.

Federal and local authorities executed a warrant on Robinson’s family home in June.

“Steven Robinson and [his girlfriend] were found exiting the northeast bedroom,” DEA agent Kevin Rundle wrote in an affidavit. “Robinson was out of breath and acting nervous. As the room he had come out of was completely empty … officers suspected Robinson may have exerted himself running inside the dwelling in order to hide narcotics.”

Records show that detectives eventually located 41 grams of powder fentanyl hidden in a crawl space and some .308 rifle ammunition stashed in a secret cutout in one of the walls. Those type of bullets are often referred to as “sniper rounds.” Robinson was advised of his rights and then agreed to be interviewed.

Unlike a large shipment of fentanyl that was later intercepted in Rocklin that October, which had come directly from a Mexican drug cartel in Michoacan, Robinson said that his own supply had come via the Bay Area.

“Robinson said he had paid $800 for [it] in Oakland the night before,” Rundle noted, “and was planning to sell it in Tahoe.”

Robinson was arrested, but he wasn’t behind bars long: Just a week after the three victims overdosed, Robinson and Hubbert were caught by the Roseville Police Department at the Marriot Hotel with more fentanyl. According to the indictment, a hotel manager had encountered Hubbert arriving to rent two rooms while leading around “a young female who appeared to be under the influence of drugs.” Hubbert has numerous criminal convictions, including for drug smuggling, domestic battery, evading police and sex offenses. The manager worried that some type of criminal activity was about to go down, possibly human trafficking.

Investigating the manager’s tip, Roseville police officers allegedly caught Hubbert and Robinson with the intoxicated female, along with a supply of needles, heroin, 14 grams of methamphetamine and 50 grams of fentanyl. Later, at the Placer County Jail, Hubbert reportedly produced another 45 grams worth of meth, heroin and fentanyl from his boxer shorts.

Robinson and Hubbert were federally indicated in July of 2020. Robinson ultimately pleaded guilty to conspiring to distribute fentanyl. In mid-March, he was sentenced to 5 years in federal prison. Charges are still pending against Hubbert. Last week, President Joe Biden announced support for a seven-month extension of a Trump-era policy that levees more severe prison sentences for drug dealers specifically caught selling fentanyl. According to San Francisco’s Office of the Chief Medical Examiner, fentanyl overdoses killed nearly seven-times more people in that city during the lockdowns than COVID-19.

Be the first to comment on "Drug dealer from exclusive Granite Bay neighborhood tied to numerous overdoses, disturbing hotel arrest"