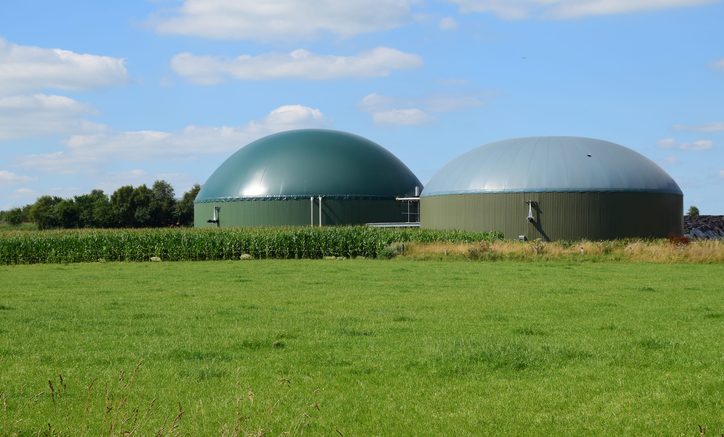 Organic waste can be turned into biogas at anaerobic digestion facilities like these, but more are needed, especially in Southern California.

The controversy swirling around SB 1383 does not involve the bill itself, according to experts around the state, who say they are onboard with the need to curb greenhouse emissions in an urgent manner.

Instead, it is this: How can this ambitious legislation—that promises to reduce organic waste in landfills by 75% and increase the rescue of still-edible food by 25%—be carried out in real-time?

In 2016, California passed SB 1383 into law, and January 1, 2022 was a significant date in terms of the bill’s implementation and projected reduction measures. So we caught up with Coby Skye, assistant deputy director at LA County Public Works, to see how the roll-out is going.

What do you feel are the major challenges in LA County for the successful implementation of SB 1383?

Development of adequate and sustainable infrastructure. For this reason, the county launched Infrastructure LA and created a specific waste working group to foster regional collaboration.

Challenges also include increases in costs to process organic waste; requirements for jurisdictions to purchase a significant amount of organic waste products, such as compost, mulch and bioenergy, regardless of operational need or product availability; educating organic waste generators; and ensuring participation.

How much food waste is generated in LA County and how much can be handled by the operating facility?

Do you have an estimate on the cost of building additional infrastructure?

If we made you SB 1383 Czar, what three things would you recommend for successful implementation?

Three things we would recommend include:

2. Incentives for the use of biogas and electricity generated from recycling organic waste.

3. Encouraging as many organic waste processing technologies as possible as long as they reduce methane emissions and improve the environment.