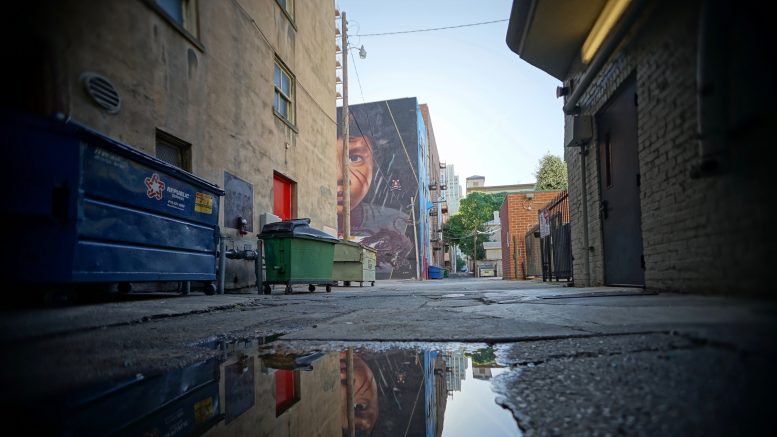 The Capital City’s mayor sat down with SN&R to talk about where a spiraling, five-plus-year housing crisis is heading next

SN&R: Our region is having a housing crisis. There simply is not enough housing being built to deal with the increased population. Recently, the Census information showed that, over the last decade, the population increased by 11.7%, but the housing stock only increased by 5.7%. So, what should we be doing regionally with all the cities and counties to work on lack of housing?

Steinberg: This is the great challenge — not just for our city, not just for our region, but for our entire state. A little perspective: 10, 15 years ago, housing was subordinate to other infrastructure priorities. There is now, I think, a clear consensus and realization that housing is infrastructure and affordable housing must be more than just an economic commodity. We have to find ways through public policy through our funding decisions to dramatically increase the supply of housing, especially affordable housing for people.

I think you have to start with a recognition that everything the government is called upon to do — everything society is called upon to do — around housing people is voluntary and optional. There is no right to housing. Housing is a pure economic commodity. It’s sometimes subsidized and supported by public funds, but there is no production requirement, there is no requirement for cities and counties and the state to meet specified goals.

There are many obstacles from local control to over regulation to cost to NIMBYism. And there is no great countervailing force on the public policy side that says, you must find ways to overcome all those obstacles. And the obstacles too often prevail.

And so, I believe there should be a legal right to housing in California to drive our cities, our counties, our state, our systems towards meeting much more aggressive production requirements.

No. 2, I think there needs to be a revolution around housing innovation; the standard and traditional way of financing affordable housing or permanent supportive housing for people with more intensive needs.

SN&R: This is a very long answer. Yes?

Steinberg:  It is. It’s a very complicated problem.

SN&R: One of the things that you worked on with the city is to make sure that — in terms of working with homeless — every council district was included. Do we need something for that regionally?

Steinberg: We went from asking the city council members to come forward with sites to tying that to the development and the passage of a comprehensive siting plan (that was) passed on Aug. 10. … We pre-approved 21 sites; many more sites that are on the list still need to be perfected, negotiated with private property owners, for example. We now have all these sites that have been approved with one vote.

Yes, that needs to be done regionally, not just for homeless housing, but for affordable housing, because the siting challenges are immense. And if those who don’t believe that their city or their neighborhood should have their fair share of affordable housing can pick apart a city or region’s plan one side at a time. Well, you don’t make as much progress as if you put all the sites together at one time with one vote and approve them all at one time.

SN&R: So in terms of the City’s response, name three things that you’re most proud of what the city is doing. (These things are) going to be the most impactful to deal with the housing crisis, particularly supply of housing. What would you pick?

Steinberg: Homelessness is the most serious manifestation of our housing crisis, our mental health crisis, substance abuse crisis. But I would say the passage of (a) comprehensive siting plan to help get people who are unsheltered sheltered and ultimately housed is probably first because we’re the only one in the state or nation I think doing it. So that is a very important and unique approach.

Taking the key decision to redefine or expand what we consider to be court priority to include affordable housing by putting real money into our strategy is equally important.

This is upcoming and the state may have dealt with most of it for us, but leaning into the single-family zoning debate and making it very clear that we are going to promote … different housing types, quality housing types in all of our neighborhoods. To me, that’s very, very important. We’re just at the beginning of that, but we’ve signaled very clearly that we believe that single-family zoning the way it has been constituted is no longer meets the demands of the time.

SN&R: Neighborhoods like Del Paso have recognized that housing is really critical for their economic development, both for their neighborhood and for the region. In Council District 2 in North Sacramento, the Del Paso Boulevard Business Partnership is supporting the Volunteers of America housing project with the idea that it would bring additional housing but also help the tipping point for revitalizing that region. What do you recommend for those people who want to move away from NIMBYism and move to kind of ‘Yes, In My Neighborhood’ to encourage both neighborhoods and cities to do stuff?

Steinberg: First of all, it’s OK to insist that new housing be developed with quality in mind, and that affordable housing is not shabby housing, and that it never has been. It never should be. To recognize that we are all better off when everybody has got a good quality place to live, that

(Of VOA’s 1212 Village), I think it’s a great project. I will say that it’s a big project and it speaks to why we need to put more resources into our housing trust fund. We’ve got so many needs and so many quality opportunities and this is one of them.