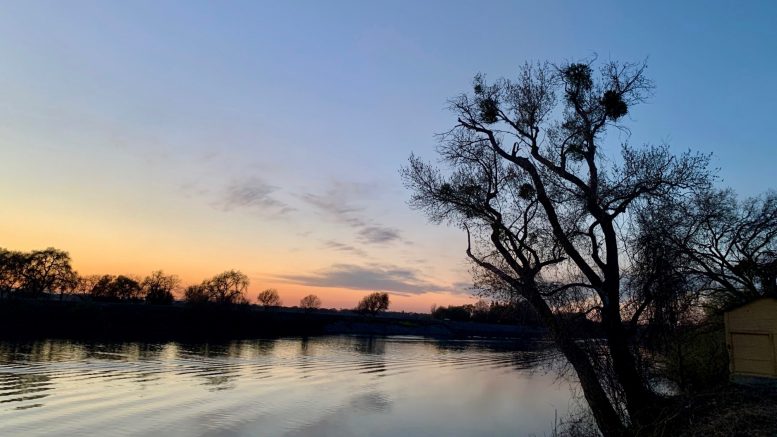 Environmental groups continue to slam the project as irresponsible

The Board of Directors of the Metropolitan Water District, or MWD, the main water wholesaler in Southern California, voted on April 12 to fund the next phase of planning for the controversial Sites Reservoir with $20 million of its ratepayers’ money.

If built, Sites Reservoir would be located on the west side of the Sacramento Valley, approximately 10 miles west of Maxwell, Calif., in Glenn and Colusa Counties.

The General Manager determined that the proposed actions are exempt or otherwise not subject to the California Environmental Quality Act.

“Climate change is dramatically affecting our supplies on the State Water Project,” said Metropolitan General Manager Adel Hagekhalil in a statement after the board vote. “So, the question is, how do we reinvest, how do we adapt, how do we replicate the snowpack storage we are losing and build climate resiliency? It will take new local supplies and groundwater storage, but it will also take new surface storage, both upstream of the Delta and downstream of the Delta.”

He added, “This is a commitment to the planning process, to have Metropolitan at the table during that process, so we can ensure this project is viable for the state, for the environment, and for Metropolitan. We want to make sure everyone’s voices are heard in this process. The decision to fund the project’s construction will come later.”

While Sites proponents claim the project will have “multiple benefits,” Sierra Club California counters that the project would have “major negative consequences” for local communities across Southern California — and would also facilitate the construction of the Delta Tunnel.”

In a statement, the group said, “Sierra Club California and environmental justice groups have steadfastly fought against the Sites Reservoir project,” the group said in a statement. “The project will facilitate the environmentally destructive Delta Conveyance project (aka Delta tunnel), which environmentalists and the public have consistently opposed for decades … The Delta tunnel will harm the important biodiversity of the Bay-Delta region, and cost ratepayers up to $40 billion. Sites Reservoir is the tunnel’s sister project, storing water that will flow through the tunnel. Importantly, neither project will provide a new source of water for the area.”

The Sierra Club added, “For years, the freshwater flowing into the San Francisco Bay-Delta, located near Stockton, has been overdrawn. This has resulted in a loss of habitat, fish, and wildlife. The lack of freshwater also creates increased algal blooms that put nearby communities at risk. The tunnel and Sites Reservoir will only exacerbate these problems.”

In response to the vote, Caty Wagner, Sierra Club California SoCal Water Organizer, issued a statement explaining her disappointment with the Board decision:

“We are disappointed that MWD decided to fund the next phase of Sites. This irresponsible decision directly harms Californians and increases Southern California’s dependence on the already-strained Bay-Delta.

“We commend the members of the board who listened to the comments of concerned citizens and activists and voted against this project. It’s deeply troubling that a majority of the MWD board refuses to value sustainable water management.”

We will continue to advocate for more community engagement, especially for affected Tribes, and the importance of local supplies, which will increase our resiliency in the face of climate change, create local jobs, and provide relief to the communities and wildlife of the Delta.”

A large number of people from throughout the state made comments opposing the vote during the public comment period. Vice Chair Malissa Tayaba of the Shingle Springs Band of Miwok Indians said, “The ancestral waterways are the lifeblood of the Tribe. We were displaced by colonization, John Sutter, the gold rush and fur trade… Your decisions regarding Sites Reservoir have a direct impact on the future of the Tribe.”

Ashley Overhouse of Friends of the River stated, “California already has 1,400 dams and most dams and reservoirs have had devastating impacts on our rivers, native fish and wildlife, and the Tribes, fishing jobs, and communities that depend on their health. Sites is no different.”

Kasil Willie, staff attorney for Save California Salmon, said, “The state will receive less reliable rainfall & this is our new normal. This project won’t create more water to be used. It doesn’t make sense to invest money when it’s dependent on uncertain factors. 150 Tribal sites are located in the area of impact.”

Maura Monagan of the LA Waterkeeper added to those thoughts, saying, “We need to do everything we can to invest in local smart water supplies. We need to focus on multi-benefit programs, groundwater remediation and stormwater capture. Sites Reservoir and Delta Tunnel are irresponsible.”

Patrick Porgans of Planetary Solutionaries chimed in with, “I want to compliment MWD for reducing their water use. 1 million acres of almonds require 3x more #water than MWD and 80% of those #almonds are exported. The board needs to vote No on Sites; it’s a rebranded version of off-stream storage.”

“The Untapped Potential of California’s Urban Water Supply: Water Efficiency, Water Reuse, and Stormwater Capture” reveals the state could reduce urban water use by 30%-48% through investments in water efficiency measures.

“The analysis also highlights the potential to boost local water supplies by more than tripling municipal water reuse and significantly increasing stormwater capture across the state. While the findings are specific to California, they can inform water resilience strategies across the United States and beyond,” the Institute reported.