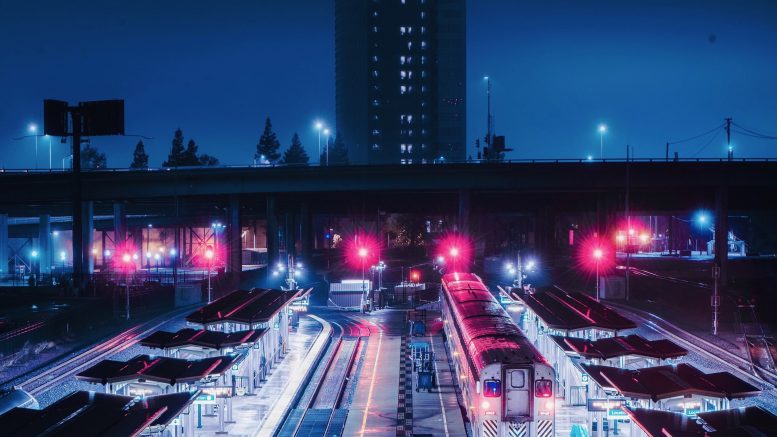 Sunday, December 19th was a sad day for the Service Employees International Union 1000. Their Board of Directors meeting was originally planned to be held at the Sacramento Downtown Holiday Inn. Last Tuesday, SEIU International President, Mary Kay Henry, sent a letter to SEIU 1000 Local President Brown stating that she was worried about possible violence at the union meeting after Brown urged members to come armed to the meeting. Due to these concerns, as well as concerns about downtown power outages and COVID safety, the meeting went totally virtual.

While there was no violence at the virtual meeting, the mike was totally controlled by President Brown. It was a sad day for the SEIU Board members who wanted to express their frustrations with Brown and present their plan to reduce his powers. With Brown controlling the meeting, he spent the entire time speaking and answering callers, rather than starting the Board meeting, leaving Board members helplessly complaining in the chat window.

It was a sad day for Brown, who might feel that he won the day using his virtual powers to control the online meeting (which ran from 8:00am to 3:00pm, with a two hour lunch break), but his performance was not presidential. During most of the four hour Sunday Zoom call, much of Brown’s rambling stream of consciousness remarks were attacks on his opponents and efforts to explain why he was mentally sound enough to be president. While he was not asked about his family’s mental history, he volunteered that his mother was a paranoid schizophrenic, and that other members of his family have struggled with mental health issues. However, he said his mental state was good enough for the Air Force and good enough to get a college degree. It was unsettling to see Brown keep repeating that he was “calm” and that he was “smiling.”

A major theme of Brown’s remarks was that people were opposing him because of their racism. He repeatedly stated that his opponents want to lynch him and castrate him. He complained that he was being called an out-of-control Black man, implying that any Black man doing their job will be considered out of control. He also suggested that given everything that he and the African American community have experienced, he should be expected to be angry. It should be expected that he lashes out. Especially if people are trying to crush him, or as he fears, lynch and castrate him.

It was a sad day for nearly 100,000 SEIU members, mainly state government employees, who are now represented by a warring leadership team. A leadership team that soon will be going into difficult contract negotiations and 2022 statewide elections.

And it was a sad day for the people of California. The SEIU 1000 has been such a progressive force in our state politics – supporting worker rights, income equality, more housing and numerous other progressive issues – but they have lost much of this power due to internal conflicts.

In a stunning May 2021 union election upset, Brown, who had never held a major union position before, defeated longtime SEIU President Yvonne Walker in a very low turn-out multi-candidate election. Walker, who served for 13 years as SEIU President, was a California progressive powerhouse, who fought for and won increased state worker salaries and benefits, while also playing an active role in California politics. Brown ran on a campaign to reduce union member fees and to remove the union from politics. He opposed the union giving one million dollars to fight Governor Newsom’s recall. Brown may be the only California union candidate ever warmly received by Fox News.

Brown’s victory was an extreme shock to the “union status quo,” as he called it. Many staff people were fired or quit. The Democratic political establishment, which depended on the SEIU 1000 for support, was in shock. Many longtime union members were rightly worried about their positions.

N&R Publications, our publishing division, worked with Yvonne Walker on union communications prior to the COVID shutdowns. [https://spotlight.newsreview.com/author/seiu] Although we have met with Brown at his staff’s suggestion, we have not done any work with the SEIU during the Brown presidency. Let me say that while I personally support Yvonne Walker’s vision of having unions work hard for their members as well as the wider community, I certainly recognize that many successful union leaders support Brown’s view that the union’s primary or only interest should be their members and that support for community issues like housing or tax reform takes away needed resources from the union’s primary duty to represent its members.

While Brown won the union’s presidential election, he certainly did not win over all of the SEIU’s elected Board of Directors. In October, half of the 65 SEIU 1000 Board members had a meeting without Brown, voting overwhelmingly to strip Brown of many of his presidential powers. [https://www.sacbee.com/article255081222.html] The opposition to Brown lies in both his politics and in concerns that he may be too erratic to be the president of such a powerful and complicated organization.

Nothing was resolved at Sunday’s SEIU 1000 “Board meeting.” While Brown was able to prevent his opposition from being heard, his handling of the meeting only increased those concerns about his leadership. This impasse will likely continue unless Brown changes his approach. Brown clearly cares deeply about the union and its membership. He is a man of principle who has put himself in the public arena at a high personal cost. He ran on a platform of shaking up the status quo and on transparency, which he certainly has accomplished.

But leaders, especially leaders of organizations with 100,000 members and a $46 million dollar budget, need to present a vision for the future. The presidency of the SEIU is an extremely high pressure, emotionally tasking job that few have the ability to do effectively. Leaders put the interest of others over themselves. I believe that is why Brown ran for the union presidency. But real leaders are also willing to leave the public arena when it is needed. Ironically, leaving leadership often is a greater test of character than joining it.

SEIU 1000 is being weakened by this ongoing infighting. Brown needs to resign in order to enable the union to remain strong. He has the power to create a better day for the union and for himself. He should resign.

11 Comments on "Greenlight: Sunday was a sad day for the Service Employees International Union 1000"