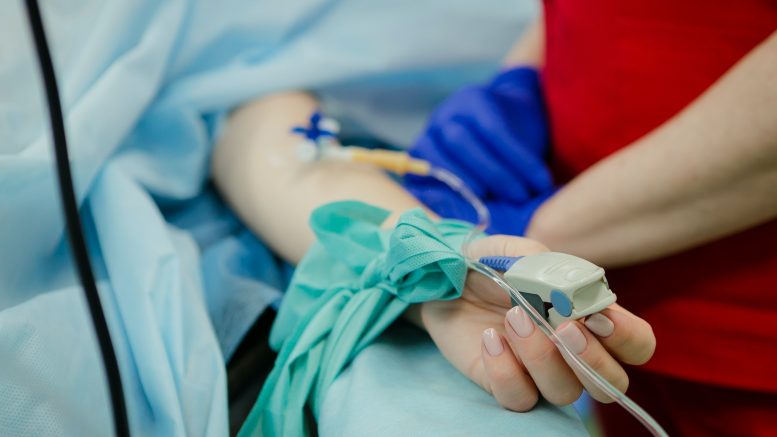 By Rose Vega and TJ Martinez

A new bill is set to shorten the length of time it takes to receive medical-aid-in-dying drugs for terminally ill patients.

The End of Life Option Act or, Senate Bill 380, was signed by Gov. Gavin Newsom on Oct. 5.  It updates a previous law, AB 15, that was passed in 2015 and established the qualifications and procedures for a terminally ill patient to end their life.

AB 15 required patients to undergo a long process, even if they were in the midst of a painful, debilitating illness. Among other measures, it required people wanting to end their life to submit two oral requests, at least 15 days apart, plus a written request, to their doctor. Patients also needed to fill out a “final attestation form” within 48 hours of self-administering a drug that would end their life.

The new law eliminates the final attestation form, changes the second oral or written request from 15 days apart to 48 hours, and requires health care providers who do not wish to participate to inform the patient and transfer care to another health care provider that will. The new bill also amends the original sunset date of AB 15 from January 2026 to January 2031.

“Medicare hospice use has nearly doubled over the past decade,” Crowley said. “Yet, studies estimate that 65% to 85% of patients with advanced cancer experience significant pain that can be attributed to the disease itself or to treatment.”

According to data compiled by the Oregon Death with Diginity Act, advanced cancer is the most common diagnosis among terminally ill patients who qualify for medical-aid-in-dying drugs.

Sen. Susan Talamantes Eggman, who represents Galt and other parts of Sacramento County, authored of the new law. She spent time as a hospice social worker and said she provided personal care for her own family members as they died. When the Death with Dignity Act passed in Oregon in 1997, and Brittany Meynard went there to utilize it, Eggman saw why it needed to be in California as well.

“One of the things that we committed to when we passed the bill[AB 15] was to have ongoing hearings, to evaluate the implementation,” Eggman noted. “Things that we consistently heard was that some of the safeguards that were put into effect had turned into barriers.”

SB 380 shortens the 15 day wait period to 48 hours between a patient giving a first and second request to physicians for medical-aid-in-dying drugs.

Eggman said that the 15-day gap between requests could prove to be detrimental to someone suffering from a disease like ALS; the decrease in mobility within that time frame could affect their ability to self-administer the drugs.

“My doing it [is] as someone who believes in people’s autonomy,” Eggman explained. “People should have their own right to choose what happens in their life and in their death.”

“What I mean by this is that, as soon as you allow the concept of life not worth living – the Nazis called it ‘life unworthy of life’ – then doctors, intending to be well-meaning and kindly, will inevitably expand the concept beyond where it’s intended to go,” Grisolia said. “This kind of mission creep includes children and a variety of others who cannot give a full, reasoned consent to being terminated.”

The debate has taken on religious overtones. The Catholic Church, for instance, strongly opposes assisted suicide, as do some other religious faiths and denominations.

“The concern is that lives are being shortened by human agency, ignoring God’s agenda for that particular soul, and that humans are arrogating themselves the decisions that should be deferred to God,” Grisolia said. “[The idea] once you no longer are earning a living, that you are devalued and perhaps even worthy of being allowed to kill yourself [with the help of kindly doctors] ultimately, devalues us all.”

Stefanie Elkins, elder care manager and end-of-life doula, is the owner of Be Present Care , and supporter of SB 380. Elkins spent eight-and-a-half years running a free resource and support center for family caregivers. One of the reasons she became an end-of-life doula was because she felt people don’t have enough conversations around what quality of life looks like to them.

Elkins added that while working at Compassions and Care she was able to help people have those conversations and give people the opportunity to make decisions.

“The End of Life Option Act is one of those that gives people an opportunity,” she said. “If you’re on either side of it, really, to be mindful of what does, what’s quality of life? What’s suffering? You can still have choices and care.”

The California League of United Latin American Citizens also opposed the law, citing its impact on the Latino community. However, state data shows that the vast majority of those who receive the aid-in-dying medication are white.

According to research published in the Journal of Medical Ethics, there is no data to support a disproportionate impact to “patients in vulnerable groups” in the places where “assisted dying” is already legal.

“The majority of people you see use this, tend to be a more educated, older, Caucasian demographic, because they have had agency in their life, most of their life,” Eggman said. “And a lot of times people have not had that same agency to be able to make their own decisions.”

Elkins observed that patients who are able to obtain medical-aid-in-dying drugs often display peace of mind.

“Even if people have it in those 48 hours, people don’t necessarily utilize it right away,” Elkins said. “Just having it provides that comfort that they need that they know that they still have control, and they don’t have to suffer.”

“We all die, and we should have a say in what those last days look like,” said Eggman.