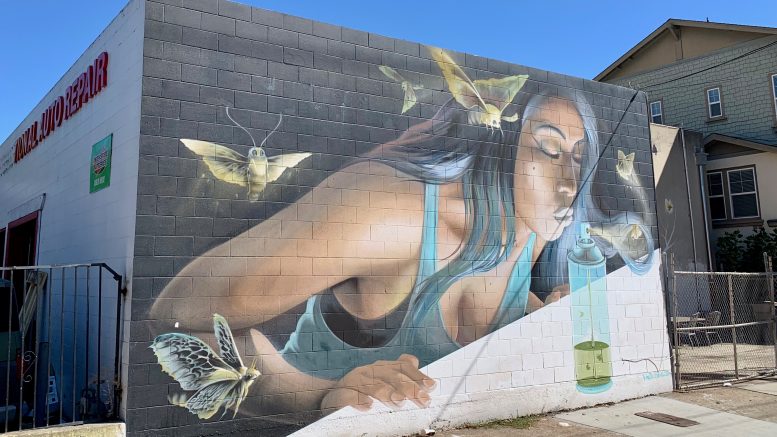 The rollercoaster nature of the pandemic – its teasing glimmers of a close before flaring up again – have equaled a Sisyphus-like climb out of the chaos for Sacramento’s theaters, art galleries and music venues. But if surviving has been hard for high-profile arts organizations, it has been just as difficult for the artists themselves, many of whom lost the majority of their income in 2020, according to national surveys.

In August, the Sacramento City Council decided to allocate $10 million of its new $112 million local rescue plan directly to the arts community. Now, even more help is on the way: City leaders announced Friday that the National Endowment for the Arts had awarded Sacramento $500,000 to channel directly to local creators. Mayor Darrel Steinberg called the development a federal acknowledgement of how hard the city’s Office of Arts & Culture has been working.

“It is so great to see the Office of Arts & Culture recognized by the NEA for their efforts here in Sacramento,” Steinberg noted in a statement. “This grant will leverage our nation-leading investments in the creative economy and directly support local artists allowing our city to emerge from this pandemic stronger than ever.”

The National Endowment for the Arts had been on the verge of being totally defunded by Republican legislators in 2003 when California poet Dana Gioia was appointed its Chair. Over the course of six years, Gioia managed to rally broad bipartisan support for the agency while launching popular programs that included The Big Read, Poetry Out Loud, Shakespeare in American Communities and Operation Homecoming, an initiative that helped veterans returning from Iraq and Afghanistan cope with their experiences through writing. Gioia set the NEA on a trajectory of having its funding increased nearly every year since – and having the political capital to withstand a threat of being eliminated by former President Donald Trump during the height of the pandemic. Sacramento’s new grant from the NEA is part of some $20,200,000 the organization is awarding to 66 local arts agencies across the country. Gioia, who now lives in Santa Rosa, sat down with SN&R in 2018 for several long interviews about how he rescued the NEA for the feature, “The Man Who Saved Reading.”

Sacramento-area Congresswoman Doris Matsui, who worked in Washington D.C. to make sure the NEA kept its robust funding, called the local announcement a big win for quality of life.

“The Sacramento region is a thriving regional hub of the arts – with treasured cultural institutions that reflect our communities’ love and passion for the creative economy,” she said last week.  Congresswoman Doris Matsui. “The [city’s] Office of Arts and Culture has been a strong voice for our local artists and organizations, and I am proud that they will be able to use these federal funds to continue to uplift our city and empower our communities.”

City officials said funds from the program will be made available in early 2022. Local artists are encouraged to subscribe to the Office of Arts & Culture’s e-newsletter and visit arts.cityofsacramento.org/opportunities for regularly updates on it and other grants.

Megan Van Voorhis, the City’s Cultural and Creative Economy Manager, said her team is excited to get the process going.

“Artists are the very bedrock upon which a creative economy is built,” Van Voorhis told SN&R. “Ensuring our artists are valued and supported for the contributions is an essential part of our region’s future development.”

Essay: Sacramento could revolutionize its livability by giving artists a stipend to focus on their work