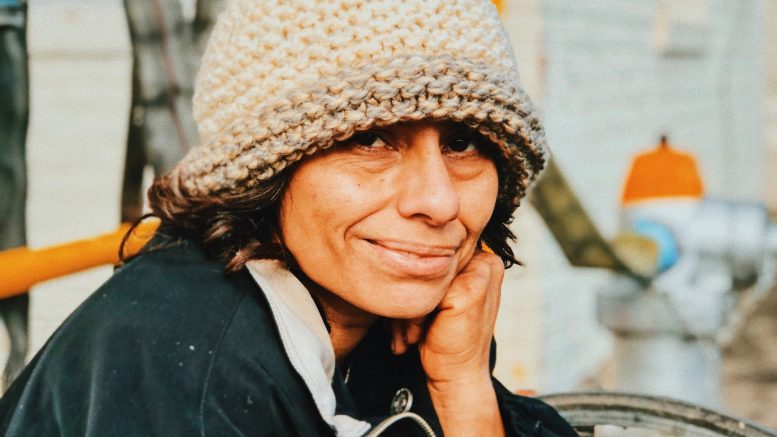 A photograph snapped by Victoria Gonzales on C Street in Sacramento.

By Jennah Booth and Andrea Molinar

In 2002, Sacramento was named “America’s Most Diverse City” in an article by Time Magazine. Now, almost 20 years later, Sacramento continues to boast the title, at least by one common measure: Sacramento’s Diversity Index – or the calculated “probability that two people chosen at random will be from different race and ethnic groups” – increased from 75% to 77% between 2010 and 2020, according to U.S. Census Bureau data.

While there are smaller cities, by the numbers, that are more diverse, Sacramento is tied with Oakland and Jersey City, NJ, as the most diverse cities in the nation with 200,000 residents or more.

Census data also shows that about 30% of Sacramento residents are white, 29% are Hispanic, 19% are Asian, 13% are Black and 9% are another race or ethnicity.

Jeffrey Michael, an economist at the University of the Pacific, believes that Sacramento’s diversity originates from the area’s history and specifically its location.

“The diversity stems from being the capital of California,” Michael noted. “California was under Spanish colonial or Mexican control through the mid-1800s, and remains a center of the U.S. to Latin America. California is also naturally a center of U.S. connectivity to Asia and Pacific island countries.”

For Yerin Joo, an exchange student from South Korea, studying abroad for a semester was complicated by COVID-19. She had originally intended to study abroad in Canada before her plans changed and she chose to come to Sacramento. It was the experiences offered and beautiful weather that had originally attracted her to Sacramento, Joo said. Now, halfway through her semester studying abroad, she has found a new thing that draws her to the city.

“The [best] thing I like [about] study[ing] here is [the] people,” Joo explained. “I was so worried about racism when I came here because, due to Coronavirus, I heard [a lot] about Asian racism. I was very worried about it, but I haven’t experienced it yet, so I like [the] people here. They are very welcom[ing] [to] me, and my Korean friends so I feel very safe. This is a very safe city.”

Since 2010, the Asian population in Sacramento has seen substantial growth, expanding by almost 20,000 people in only ten years, a 21.9% increase, topped only by a 29.6% increase in the Native Hawaiian and Pacific Islander population, and followed closely by a 20.7% increase in the Hispanic population.

The Black population, however, has seen the least growth, increasing only 1.6% since 2010. This trend is affected by the many Black residents leaving the city for the suburbs or other states, according to census data. The city’s white population declined by 1.3%.

Nonetheless, Sacramento remains one of the most diverse cities in the U.S. and a study compiled by FiveThirtyEight using earlier census data even lists it as the second most racially integrated city in the country.

Dr. Timothy Fong, professor of ethnic studies at California State University, Sacramento, agrees with the assessment, commenting that the area is significantly more integrated than many other cities in Southern California and the Bay Area.

While the city may have always been diverse due to its history, location, and integration, Sacramento’s Diversity Index might have shown an increase in the last decade because of a state-wide campaign urging people to participate in the 2020 census, according to Fong.

Organizations like the Sacramento County Complete Count Committee, the Sacramento Region Community Foundation and the California Endowment all focused on “hard to count populations,” which include racial minorities, undocumented, homeless and low-income people, as well as children.

“There was a lot of effort specifically in this area to encourage people to participate in the census, despite the challenges of COVID and not a lot of encouragement from the White House at the time,” Fong said.

Participation in the census brings funding to the State, and draws the attention of community and government leaders to underrepresented groups.

In order to address disparities within government itself, Sacramento established the City of Sacramento’s Office of Diversity & Equity in 2018, which in turn partnered with the Government Alliance on Race and Equity (GARE), “a national network of government working to achieve racial equity and advance opportunities for all.”

According to Diversity & Equity Manager Aimée Zenzele Barnes, the office aims to address racial inequity, racism and exclusion interpersonally within city staff, as well as “position the Office of Diversity & Equity as a resource for support in approaching racial equity and inclusion as a strategic planning endeavor that embeds equity in day-to-day decisions.”

Sacramento officials say that by addressing inequities from within, they can improve decision-making that centers on communities most impacted, avoid “unintentional blind spots, unintended consequences and biases” and improve community trust in their government, according to Barnes.

They also hope to improve the equitable allocation of public resources and allow more community members opportunities to be seen and heard.

“[A more diverse and equitable government] provides intentionally designed, active, and ongoing pathways for participation and interaction between local government, community members, non-profits, CBO’s, and individual citizens to reimagine our Sacramento community where all thrive and succeed,” Barnes said.

And while it’s impossible to predict if the city will continue to diversify, people leaving the Bay Area for Sacramento may shift its demographics even more, according to Fong. More people coming to Sacramento from the Bay also brings concerns of increased housing prices and gentrification.

“It really depends on the economic vitality of the region,” Fong observed, “and I think numbers have been pretty optimistic about regional growth. It seems like Sacramento is a sweet spot in the sense that it’s both diverse and has economic opportunities.”