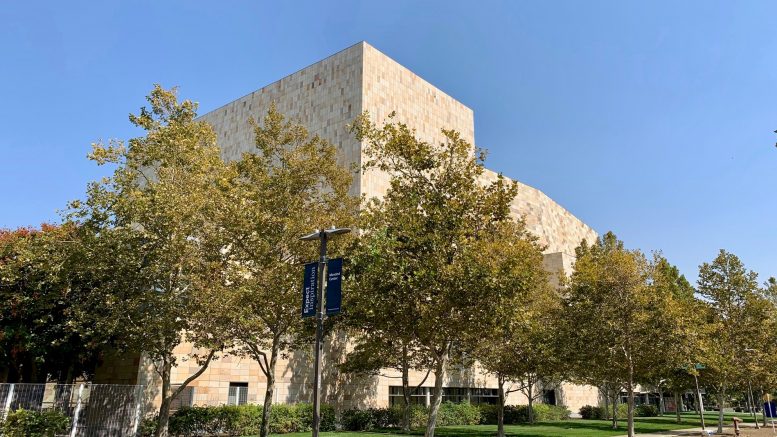 There has been a lot of recent fretting about whether universities still represent America’s “market place of ideas.” Most of these arguments boil down to shifting orthodoxies, and painful histories, and a general re-thinking of how we balance social obligations with protecting intellectual freedom.

Take, for example, a recent contract that was mailed to every D.J. and on-air host at U.C. Davis’s KDVS F.M.

Now, SN&R readers will know that KDVS is currently in the eye of a storm: The 57-year cultural institution could be downsized into irrelevance, just to allow college administrators a shot at destroying its historic home of Freeborn Hall. This plan is widely unpopular with the students who pay those administrators’ salaries, the alumni who support the university’s long-term viability, and the greater Sacramento arts community, of which U.C. Davis feigns having some level of commitment to. But despite the democratic consensus against an assault on KDVS and Freeborn – and despite the fact that the whole plan was hatched in secret by controversial former chancellor Linda Katehi and her underlings – the leadership at U.C. Davis continues to persist as if it’s not answerable to anyone.

If that seems authoritarian, consider too that the university has recently been accused of failing to comply with California’s public transparency laws, particularly whenever citizens have tried to get to the bottom of what’s driving its designs on KDVS and Freeborn (the administration still refuses to divulge what it wants to replace these icons with). U.C. Davis representatives disagree that they’re breaking the law, arguing fine-tuned legalese to SN&R that at least one expert attorney who’s butting heads with them says is nonsense.

However, Chancellor Gary May’s regime may have recently played its true hand when it comes to transparency. The plan to dramatically downsize KDVS, and raze Freeborn Hall, has been criticized by virtually every former manager of the station who has heard about it. But do you know who the public isn’t allowed to hear from at the moment? Everyone who currently works at KDVS.

In early September, all DJs and on-air show hosts affiliated with KDVS were mailed a “policies and procedures” form that they were told to sign, and return, by mid-month. SN&R obtained a copy of this agreement from the station’s management, which explicitly warns its talent that they cannot speak freely about the embattled situation in any way, shape or form.

Under a section titled “On-air attitude,” the agreement reads: “It is KDVS policy that no on-air personality or guest speaks negatively of the station, staff members, programs, program hosts or guests, management actions or decisions, or KDVS policy over the air.”

While one section of this clause could be defended as a way of protecting individuals for hostile work environment or bullying, the elements that are of obvious concern include references to speaking “negatively of the station” and “management actions or decisions.”

What’s the point of having a university-based and supported radio station if its artistic personalities who share music, and its analytic minds hosting public affairs shows, cannot weigh in on the administration’s gutting of everything they’re pouring their hearts into? Does U.C. Davis really believe these highly invested individuals having nothing to say on the matter? No thoughts? No reflections? No valid perspectives? No suggestions at compromise?

This is censorship in the extreme.

Now, this is the part where U.C. Davis-defenders are warming up their keyboards to write pithy comments about how media companies in the private sector have similar policies. But KDVS isn’t really part of the private sector, is it? It’s a part of the university, and the university receives hundreds of millions of dollars in public funds. It’s wholly fair and appropriate to expect U.C. Davis to have an approach to free speech and transparency for KDVS that any publicly supported entity would have.

Chancellor May and his administrators need to immediately rescind the censorship clause in KDVS’s policies and procedures agreement and allow the voices of the station to be heard. Refusing to do so is just more proof that the administration’s KDVS gambit is faulty to the point of not withstanding scrutiny. It’s also additional evidence that May’s team has no commitment to the core principle of transparency. Censorship is the beloved tool of authoritarian governments and the worst corporations in the world, not American institutes of higher learning.