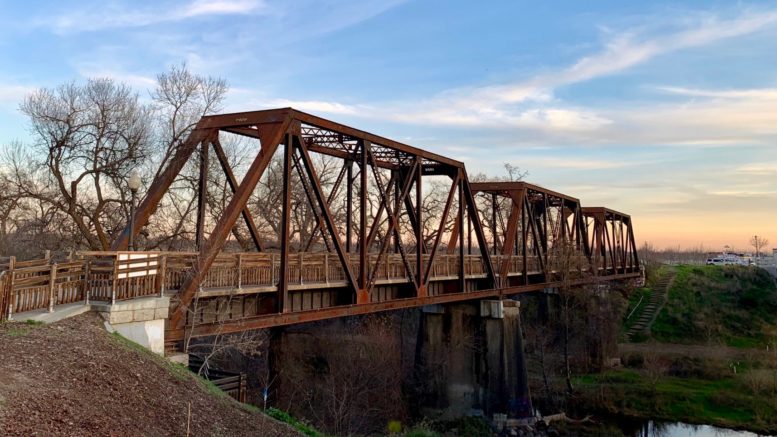 After experiencing a prolonged drought between 2012 and 2016, California enjoyed less than two years of plentiful rains before descending right back into the same arid conditions plaguing it before. Experts held a virtual meeting on May 6 to discuss what the initial data suggests about this re-emerging drought – and their message was especially bleak for the Sacramento Valley.

The now-infamous failure of the Oroville Dam spillway in 2017 is also making the region’s challenges worse than they would have been.

The impromptu water summit was organized by the Public Policy Institute of California. One of PPIC’s water policy experts, research fellow Alvar Escriva-Bou, stressed that the state’s current drought is already off to a fierce start. That doesn’t mean it will be identical to what happened earlier in the decade, when the brunt of the driest and most severe conditions were borne by parts of Southern California. In a near reversal, all indicators point to the worst of the new drought happening in the Sacramento Valley and corners of the North Bay. That’s a particularly jarring revelation in the wake of the state Department of Water Resources’ alleged mismanagement of the Oroville Dam, which resulted in a crater erupting in its main spillway as 180,000 people were evacuated from the surrounding communities.

He added that the stretch between April 2019 and March 2021 ended up being California’s fourth driest period on record, though the regional distribution of severity is completely different than what farmers and residents faced just a short time ago.

Adding to problems across the region, the Russian River watershed is already in a state of emergency.

On April 21, Governor Gavin Newsom issued an executive order directing state agencies to work with regional and local governments to combat the new drought. During PPIC’s virtual round table, Laurel Firestone of the State Water Resources Control Board elaborated on what that actually means.

“The executive order, which applies statewide, is really an order to accelerate funding, work with counties to track and report, and provide assistance for households and water systems that are at risk of shortage, as well as supporting the agricultural economy and food insecurity that are already impacted by [water] cut-backs,” Firestone detailed. “Every aspect of our economy and communities are impacted … We’re already seeing some households going dry even before we go into this summer of the second dry year. We’re already seeing earlier and more widespread Harmful Algal Blooms and water temperatures and salinity levels that are exceeding what’s required to protect threatened species and maintain a fresh water balance in the Delta.”

And it’s not just the ecological health of the Delta that’s at risk, or the Sacramento area’s role in California’s $4 trillion agricultural economy – it’s also the direct safety of numerous communities. That was a point Grant Davis, the general manager for Sonoma Water, made during PPIC’s summit. Sonoma County has been repeatedly hit by devastating wildfires over the last four years. Davis said there’s no way to ignore what the new drought will mean for that equation.

“We’ve had fires that have begun that are unprecedented for this time of year,” he noted. “We’ve had to add Cal Fire crews and another tanker that’s going to be on call for this region … What would have been wet grasses right now are dry underneath. So, we’re preparing for a long, difficult fire season.”

Be the first to comment on "In the wake of Oroville Dam debacle, new drought hits the Sacramento Valley particularly hard"