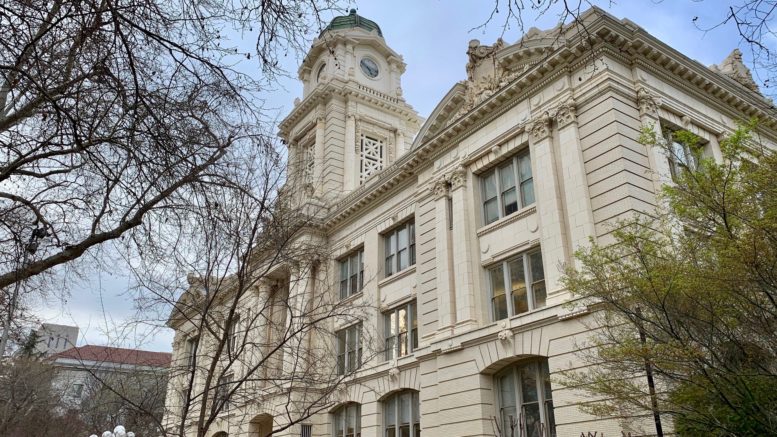 Sacramento officials revealed last week that 2020 was the city’s best year for new housing production in nearly a decade, despite the pandemic – and despite ominous predictions from special interest groups that a 2019 decision to prevent skyrocketing rents from further rising would slow the construction of badly needed units.

Those numbers were presented to councilmembers April 6 as they worked on updating the city’s housing strategy for the next eight years. The figures, reviewed by assistant planner Greta Soos, showed that 2020 out-paced 2018 and 2019 for new housing construction in the city, and significantly out-paced 2013, 2014, 2015 and 2016.

The housing crisis began to acutely take hold in 2015, the same year that elected officials in the city and county allowed developers out of their obligation to physically build affordable units, opting instead to let them pay small fees into a trust fund. That trust fund has since produced almost no low-income housing.

Since 2016, Sacramento has suffered some of the highest year-to-year rent increases in the nation – a trend that some data points indicate still hasn’t abated. By 2018, so many Sacramento tenants had been priced-out of their homes – some priced-out of the city itself – that a grassroots movement formed to end the mass displacement. Its goals were getting rent control and no-cause eviction protections.

The initial news stories on that project were met with dire warnings from developers and property management companies, all of whom claimed that rent control would actually make the housing crisis worse. The argument was that putting a ceiling on how much a company can profit off housing would kill investment in future building gambits. Numerous councilmembers echoed the same orthodoxy, though eventually enough public pressure mounted that they passed the Sacramento Tenant Protection Act. The measure limits annual rent hikes in the city to between 7% and 9%, depending on the consumer price index, while having a hard cap at 10% regardless of inflation.

The Tenant Protection Act was passed in August of 2019. If it discouraged any investment in Sacramento housing projects, that was not felt the following year, when more than 3,600 units were built in the city.

“2020 has been an encouraging year for housing production,” Soos confirmed to councilmembers. “But the city is still in a housing crisis, and in order to meet the State’s assigned number of units we must produce over the next 8 years, we need to build 5,700 units annually.”

Soos also noted that while there’s plenty of land available in Sacramento to meet its housing goals, other challenges remain, such as current density rules and bureaucratic hurtles for builders.

“The city can continue to make it easier and cheaper to build housing by streamlining the approval process,” Soos said.

The new housing units built in 2020 were nearly an even split between ones tailored for above-average income, moderate income and lower-income, with slightly more moderate-priced units getting built. Yet housing experts agree that Sacramento needs lower-income housing more than any other type. Far more, in fact. Since the crisis began, surveys indicate that 80% of extremely low-income families in Sacramento County are spending more than half their incomes on rent.

Homeless service providers have also reported encountering more and more people on the streets who were simply priced-out of their homes and had no place to go. In some cases, that includes severely disabled individuals. With that in mind, Will Cannady, vice chair of the Sacramento Disabilities Advisory Committee, implored councilmembers to consider earmarking 10% of all new housing within their eight-year plan for people with disabilities.

“Here in Sacramento, we have close to 57,000 residents over the age of five who have one or more disabilities,” Cannady pointed out. “And that represents close to about 11% of our city’s population.”

While that suggestion will be taken under advisement, the city staff has openly discussed revisiting Sacramento’s nixed inclusionary housing rules. That’s something new councilmembers Mai Vang and Katie Valenzuela have been pressing for – and it’s a policy that Mayor Darrell Steinberg wasn’t involved with eliminating in the first place.

“When it comes to housing, I’m so thrilled to see inclusionary housing as a policy we’re going to start exploring again,” Valenzuela told her colleagues. “For those who don’t know, we used to have inclusionary, and I’d love for staff to do some analysis of how many affordable units we might have gotten if we had kept it. It was gotten rid of at that time for a lot of reasons that warrant re-consideration.”

Referencing the same type of special interest messaging that happened around rent control, Valenzuela added, “I know a lot of folks are thinking, ‘But if we hadn’t gotten rid of inclusionary housing … it would have slowed down all these projects.’ But frankly, I’ve seen very little evidence of that from cities that have stronger requirements for developers, and stronger protections. So, I’m going to keep calling that a strawman argument until somebody gives me some evidence.”