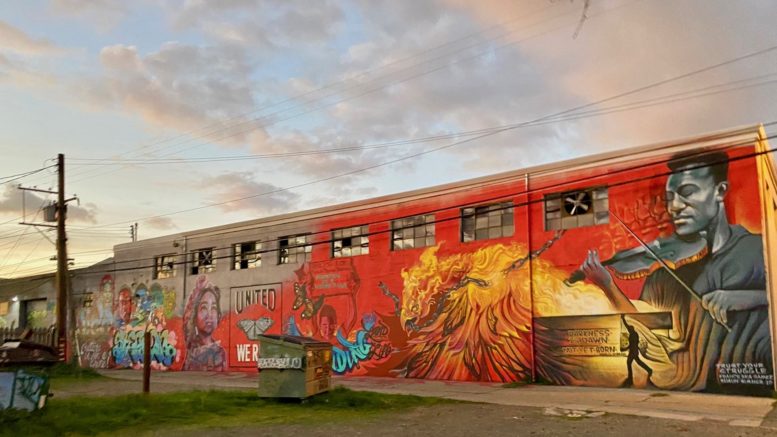 Gun violence is up, fears of hate crimes permeate, but this is not who we are

Dear Sacramento, for the sake of all our lives, let’s all relax. I say this because an uptick in violent crimes and aggression paints the image of a city about to erupt.

When I think of Sacramento, nowadays, with its homeless count of over 5,000, a poverty-rate of over 18%, a history of racist segregation, and an affordable housing crisis that mimics San Francisco’s, the image of a cartoon trying to blow out a lit stick of dynamite comes to mind. I say that not to make light of the situation, but as a warning of the inevitable— the City of Sacramento’s problems, like the rest of the United States’, is going to blow up in the face of its citizens.

No one wants to be a casualty of the backlash that’s the result of years of a great deal of poor policy-making by politicians and special interest groups, yet it is impossible to predict whether you will be the next Stephon Clark or Zarrie Allen. To be a victim of gun violence in the City of Sacramento is a real possibility. According to police records for February, reports of shooting incidents are up 85% from last year. Considering the obvious fact that shootings are more frequent on a national level, it could make one wonder if Sacramento is experiencing a proportional level of crime, dangerously keeping up with the national trends. One explanation for increased aggression and violence, threats against city officials, an increase in aggravated assaults and other crimes, is that there are people who have been, or feel, left behind; desperate people do drastic things just to have their voice heard.

It is possible that people feel as if it is fair to act out in response their own shortcomings or being mistreated— an eye for an eye and all that.

I have been told a few times by some veterans of Sacramento that it is just the way things are in the city. I refuse to believe that violence and aggression are the personalities of Sacramento. I believe they are behavioral symptoms of inequity, inequality, and injustice— all of which are fundamental factors of a totalitarian regime, one that Sacramento does not embrace. My point being that if the City were more engaging and responsive to its citizens— fulfilling their needs and compromising to deliver their wants— perhaps then people would not end up in positions where they feel the need to join a gang, make bomb threats, commit robbery, or shoot themselves or others.

Acts such as violence against Asian and Pacific Islanders cannot be explained by any reason other than hate, and that is something that no amount of hard times or personal problems can justify. Regardless of our current state of struggle, violence and aggression towards one another is not how Sacramento gets better. Only through conversation and cooperation can civility be preserved. No matter how bad the situation looks, be bold in your bravery to not go with the trend towards violence and aggression, and the arc will bend towards a better Sacramento.

Be the first to comment on "Essay: Dear Sacramento, we’re a city on the brink – and our leaders must do better"