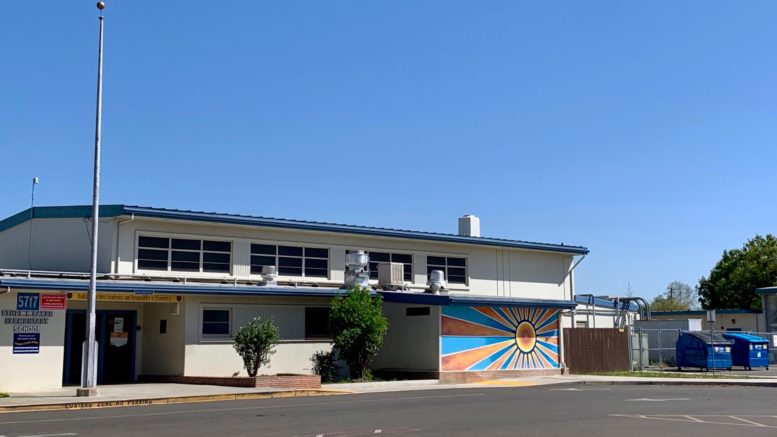 Authorities are being tight-lipped about what might have motivated Gustavo Aguilar, the 57-year-old man arrested last week for allegedly bringing two improvised, working bombs and a loaded homemade gun to Ethel Baker Elementary School in South Sacramento. Meanwhile, on the global front, a Canadian company confirmed that it’s racing ahead with a novel technology designed to stop such threats to school campuses.

The investigation into Aguilar began shortly after 8 a.m. on March 2, after a program manager working at Ethel Baker noticed two suspicious devices resting on a sidewalk near one of the entrances.

Children were due to arrive at the school that morning. Even with COVID-19 restrictions, Ethel Baker has been one of the Sacramento City Unified School District’s learning hubs, a place where community groups partner with school staff to offer distance-learning support to students. This generally involves providing computer access to roughly 40 kids at a time, with an adult supervising as they log-in for classes.

According to SCUSD Chief Communications Officer Tara Gallegos, the students hadn’t arrived on campus when the first menacing devices were uncovered.

“Our principal was able to get ahold of the students quickly, and made sure they knew to stay home,” Gallegos told SN&R. “Because this happened so early, most of the staff hadn’t arrived yet, either.”

Sacramento Sheriff’s personnel converged on Laurine Way. An Explosive Ordnance Disposal Team soon approached the devices. Sheriff’s Sergeant Rod Grassmann said that one was a 2.5-inch diameter steel pipe, sealed at both ends, with an improvised fuse on it. It was packed with metal shrapnel, clay putty, firecrackers and gasoline.

The other device was a “zip gun” made from a steel pipe. It had a spring-loaded cap that could fire a 12-gauge shotgun round. The zip gun was loaded.

No one was harmed as the Sheriff’s team neutralized both devices.

Another live pipe bomb was found on the campus on March 19.

Five days later, Sheriff’s detectives arrested Aguilar.  He was booked into the Sacramento County Main Jail on four felony charges. His bail was set at $25,000. Grassmann didn’t comment on a possible motive for the crime, though said no additional suspects were being sought.

Aguilar’s arrest happened the same day that another milestone was announced by Liberty Defense, a company that’s been pioneering a new technology that uses low-frequency radio waves and artificial intelligence to detect hidden guns and bombs in real time via advanced 3D imaging.

For more than two years, Liberty Defense has said its prototype “Hexwave” is on the brink of catching the kinds of weapons that currently beat traditional metal detectors, including 3D-printed plastic ghost guns and any kind of homemade zip gun. The tech, which works off small, discrete, highly portable towers that create a kind sensory field, can also seek-out various types of bombs.

Liberty Defense officials told SN&R last year that Hexwave is being tailored for school campuses. When the technology spots a concealed threat, it can alert law enforcement and security personnel within seconds, while also helping activate a facility’s alarms and automatic lockdown systems.

On March 25, Liberty Defense announced that a merger with the security company DrawDown Detection would accelerate its timeline for making the first-generation Hexwave available to interested public agencies. DrawDown Detection is a company with widescale global reach and resources, having engineered the millimeter-wave reflection scanners – or circular body scans – that are used in almost every airport.

“Achieving high levels of security threat screening performance for people, while they are in motion, is a technology challenge that has yet to be solved for the marketplace,” Liberty Defense CTO Mike Lanzaro told reporters. “We are now able to demonstrate not only 3D video-rate imaging, but also the real-time automated detection of concealed metallic and non-metallic threats that may be carried into a public venue or other hi-traffic application.”

Referencing the latest spate of deadly mass shootings in Georgia and Colorado, Lanzaro added, “Unfortunately, we continue to see a rise in gun violence in the United States, so it is becoming even more important to commercialize products like Hexwave.”

Be the first to comment on "In the wake of man bringing live bombs, zip gun to Sac elementary school, major leap announced in campus protection tech"