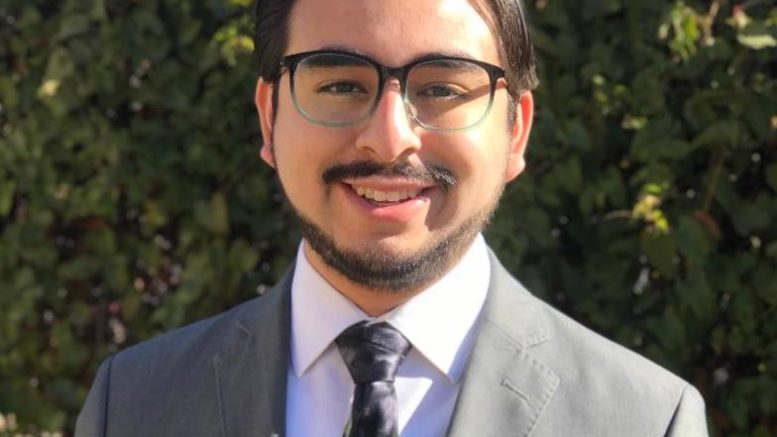 Teatro Espejo, a four-decade Sacramento institution of Latinx/Chicanx live performance, has grappled with how to connect with audiences after a year of darkened stages. Like many of the theater’s peers, online performance has filled the gap, often with the silver lining of the virtual space allowing for a more varied creative team. This year, Teatro Espejo began its season with Extreme Home Makeover, with its final virtual performance tonight at 7 p.m. Director Roman Sanchez spoke to SN&R about Teatro Espejo’s selection of Extreme Home Makeover, its intersection of comedy and poignancy, and why it made the perfect choice for a virtual viewing with family.

Please tell me about your role at Teatro Espejo

I’ve only been in Sacramento a little over a year now, and I quickly found Teatro Espejo. I saw one of their productions when we were able to see them in-person, and I loved the the environment of the theater, and upon doing my research, loved the values and the mission of the organization. So, I quickly reached out to the artistic director and founder, Dr. Manuel Pickett, and told him I wanted to be involved. I now serve on the board of the Teatro Espejo, and I’m their production coordinator, and one of those roles is serving as director for our first virtual production, Extreme Home Makeover.

Where were you before you came to Sacramento?

I was in Humboldt County for the last five years, working at Dell’Arte International. They’re a physical theater, graduate school and company. [They are] the only place in the world that you can get an MFA in ensemble-based physical theater.

You moved here at a really interesting time.

I did. I was able to see one show at [each of] the theaters in Midtown and then everything shut down [due to the pandemic].

That feeds into this new production a bit, doesn’t it?

It does … And Teatro really in the last year focused on a lot of development, growing our board of directors, and growing our capacity and our bandwidth. Partially for this first show, tackling the virtual production, but also [to something] I think it will translate quite well into in-person, programming.

As we’re talking today, the news looks a little bit brighter; that you may be able to go back to in-person, performances, not so far off.

Yes, it’s a huge. It’s a huge dialogue that we’re having, not just among ourselves as an organization, but also in partnership with a lot of other theaters, locally, across the state and even beyond our state. Just looking at the sheer feasibility of it all, sharing tips and best practices. One of the great things about The Year of Being Paused [has been] to make those connections and make those relationships even stronger.

Please tell me a little bit about Extreme Home Makeover.

So Extreme Home Makeover is a play by Makasha Copeland, who is a brilliant young living playwright. I actually found the piece at San Diego Rep’s Latinx New Play Festival. It’s where the play had a staged reading. And I was fortunate … in the summer of last year to tune into the staged reading and found myself literally laughing out loud for the 90 minutes of the reading; and I am great colleagues with the producer of the Latinx New Play Festival and got the contact information for the playwright – for Makash – and reached out to them, and told them how much I loved this show.

And here we are, and here we are doing it as a virtual production. I love the play because it’s hilarious. It’s hard to find new plays that are about the Latinx family dynamics that are funny. They’re always about pain and suffering and all of the severe trauma that Latinx communities face, and this one explores some of those themes but in a light-hearted, comical, relatable, funny way. So, I love that approach to all the things that Makasha is telling in this play.

Was finding something as light-hearted as this first virtual performance a goal?

Yes, it really was. We had a number of plays when looking at what we wanted to produce this season, and we said we wanted to open up our season, re-emerge in our community, with something that would allow family members to sit in their living room and just laugh for an hour and a half, and enjoy watching. I think that the characters being so relatable in the situations that they find themselves in, and the language that they use is so funny, so relatable. I found myself in the process of telling the actors, “the audiences are not going to be laughing at you, they’re going to laugh because they understand your situation.”

It’s also poignant in that this family in 2007 are facing a lot of the things that the Latinx community is facing right now, or will be once we start emerging and seeing what a new normal looks like: thinking about a death in the family and how that interrupts family dynamics, thinking about a recession and how that impacts small Latinx families.

The big question in this play is what one has to do, what one has to sacrifice, when they ask for help. Everyone is forced into these situations, to ask for help. And every time you do, there’s always something at stake. You always have to give something up, whether that’s pride, or something else up, and the play manages to soak all of those things into a funny 90 minutes.

Exactly. I  have never read a script that managed to get all of these social things in to a nice, jam-packed 90 minutes that flowed and had a rhythm to it, and wasn’t all about the trauma.

What was it like doing Teatro’s first distanced production?

One of the perks of doing a virtual production is we don’t have to work with a creative team that is solely based in the Sacramento area. So, we have actors from all over the state, and actors and designers from all over the state that contributed to this production in a way that likely we wouldn’t have been able to do if we weren’t virtual, which was really a blessing to be able to work with a new community members and have new audiences and new community members contribute to Teatro Espejo.

So, it’s exciting in that in that respect, and being a virtual production was a learning curve for everyone. I think this was everyone’s first virtual production. I had done some variances of virtual productions — not live, mostly pre-recorded, but it’s a learning curve, [communicating] with your creative team, how to block and stage, knowing that you have limited playing space, how the actors act with each other, no longer having a scene partner to look directly in their eyes, or having the audience be able to be that that third cast member. The audience’s laughter, and the audience’s sniffling and gasps, just isn’t there anymore for the actors. I think the virtual aspect presented many challenges to all of the different stakeholders in the production – a lot of different learning curves, but I’m really pleased about where we found ourselves.

It looks like there’s more hope on the horizon than we initially expected, and that things may open up a little bit sooner. Do you still intend on any future virtual programs?

You know, it’s a big TBA for us, what the rest of our season looks like. We have ideas, and I think we have a Plan B if we do in-person; and we also have a Plan C if we have to financially, or for any other reason, to continue virtual programming … And also, again, the opportunity just to grow our audience, to be able to have the opportunity for people from the Los Angeles area, or from the Portland area, to be able to tune-in to this beautiful story and to be able to be immersed in in the mission and values of Teatro.

Tickets for the final performance of Extreme Home Makeover can be purchased on the Teatro Espejo website.

By people of color, for everyone

Be the first to comment on "Fifteen Minutes: Roman Sanchez, Teatro Espejo"