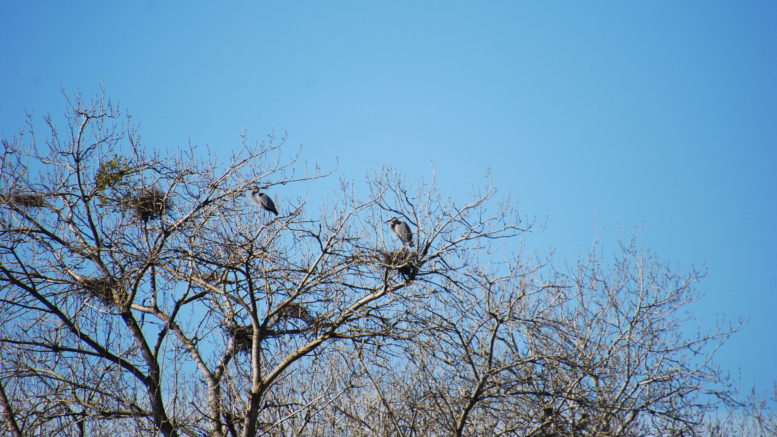 The tree canopy over the threatened Kassis property is often alive with bird activity. Photo by Carl Salmonsen

For months a coalition of Rancho Cordova nature-lovers has been trying to protect the city’s last unspoiled haven along the American River – some 40 acres of grassy, oak-studded wildlife shelter with captivating ties to history and some of the oldest Native American burial sites in the region. If they win, this pastoral property along the brushy shoreline could become a park or learning center. If they lose, it will become 244 tract houses, 24 of which will block one of the most picturesque river views in all of Sacramento.

Even in a county where cash-flushed developers have historically often prevailed in similar showdowns, Rancho Cordova’s community has had some reason for optimism. In mid-February, a citizen backlash in Elk Grove convinced that city’s planning commission to essentially cancel an embattled $800 million hospital project that was slated for the edge of the Stone Lakes National Wildlife Refuge. It was an outcome that was seen by many as an example of residents, conservationists and small business owners coming together to protect an area they cared about. That’s offered hope for safeguarding Rancho Cordova’s natural jewel, known as the Kassis property.

But there’s also reason for locals to have concern: Unlike Elk Grove, Rancho Cordova does not have a planning commission. The vote on the future of the Kassis property will be taken directly by its city council; and a review of campaign finance disclosures shows that two of the council’s members – Mayor Garrett Gatewood and Vice Mayor Donald Terry – have taken sizable monetary contributions from the would-be developer of the property, as well as tens of thousands of dollars from allied industry groups.

“I think it’s unethical for them to take those contributions,” said resident Helen Whelan Bashaw. “We can’t get a fair shake – money talks.”

The fact that the Kassis property, which is private property with a public easement so that nature enthusiasts can stroll along it, was even zoned to allow residential development largely came as a shock in Rancho Cordova. For years it had been zoned for agricultural use. That meant its open fields and oak canopy acted as habitat to numerous wildlife species, particularly birds. And there was another distinction that made people assume it couldn’t be touched: It’s part of a basin where archeologists have unearthed a Native American village, numerous native skeletons that were reinterred there under tribal supervision, as well as the remains of a 3,500-year-old traveler who is oldest known human ever discovered in Rancho Cordova. While the remains that were found were re-buried in the protection of a neighbor’s property, experts believe the village site extends into the area where developers would be running bulldozers and uprooting trees. The idea that any part of the basin was vulnerable was simply unthinkable to many who live in the surrounding neighborhood.

But then a Kansas City-based company called TruMark began sending out mailers stating it intended to buy the Kassis property and build the land out with a major project. Only then did many residents learn the property had been quietly re-zoned back in 2013.

Rancho Cordova’s planning department is currently conducting an environmental review of TruMark’s proposal, including its plan to destroy most of the land’s 335 trees. Once the study is completed, the city council will vote on a verdict. Councilman David M. Sanders has reportedly told constituents he plans to recuse himself because he lives right by the Kasiss property. But for more and more residents, the bigger question is whether Terry and Gatewood will recuse themselves.

Terry and Gatewood did not respond to interview requests for this story.

Their ongoing silence is on the matter has not gone over well with some in the city.

“I have some deep concerns about the Kassis development as it stands and the sneaky, underhanded way this has proceeded without community involvement,” a resident named Anna V. recently wrote to City Hall (her last name is being withheld because of her place of employment). “This is not the representation I have come to expect from my elected officials and people who are being paid to represent me within the city of Rancho Cordova … I have learned of generous donations to city officials have been made by TruMark and others connected to this development. Any city council member who has received these donations needs to return them and recuse themselves from any voting on this project.”

“How can they make an unbiased decision on this?” she said of Terry and Gatewood. “They’re really not looking out for the future of our children.”

7 Comments on "As vote looms over Rancho Cordova’s last open space, city’s mayor and vice mayor took money from the developer aiming to build over it"