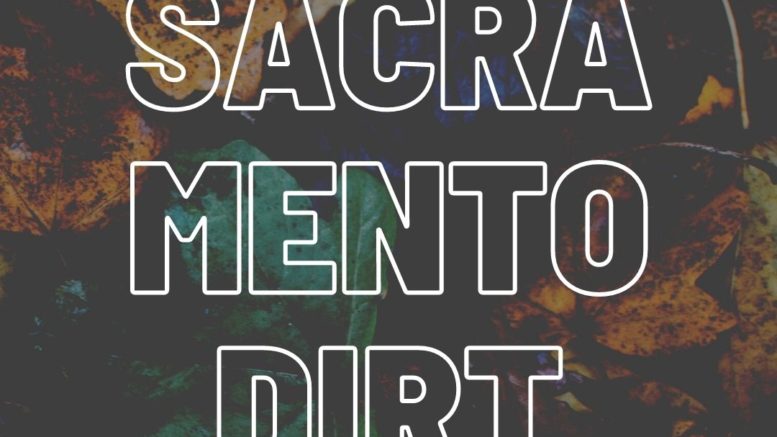 In recent years, The Library of Musiclandria has been one of the of the most vocal and active advocates in the Sacramento-area music scene. While COVID-19 has limited some services—putting live music on hold and significantly limiting Musiclandria’s cornerstone instrument lending library, the nonprofit’s latest venture—streaming online radio station Sacramento Dirt—has been gaining momentum. Musiclandria founder Buddy Hale spoke to SN&R about its goal to provide access and diversity to Sacramento’s music scene.

Give me a little background on Musiclandria and how Sacramento Dirt plays a part in it.

It’s a program that exists underneath The Library of Musiclandria. We are the largest music instrument lending library in the entire United States. We have four main programs: a lending program, our education programs, our live music programs and our professional development programs. All of those put together create and address what we call “The Musicians’ Hierarchy of Needs,” which is access, a lending program and education. So you have musical instruments, you need to learn how to play them. Once you’ve learned how to play an instrument, we think the third need is community, so our live music program addresses that. And once you’ve like found band members to work with, we believe that the top of “The Musician’s Hierarchy of Needs” is professional development, so things like practice space, recording services, career development, career planning services, stuff like that. And the newest leg of our professional development program is the radio station, Sacramento Dirt.

You refer to it as a radio station, but it is completely online?

An online station for now. The way we brainstormed it was in three phases, just because we didn’t want there to be too many barriers to just start this thing. The whole idea was to start something really lean and scrappy and just create it ASAP. And the easiest way to do that was to start an online station. And it’s actually been proving to be absolutely the right way to start because we can broadcast 24 hours a day, seven days a week immediately. It wasn’t that much work to get it started. We just needed to have the idea, and then we just needed to start collecting music from local bands. Just really lean, really scrappy. That’s how it started.

So it [plays] all Sacramento bands, past and present?

Yeah. So the idea again was to create a platform, and a way to serve the Sacramento-area music scene. So we don’t limit it just to Sacramento bands; it’s Sacramento area. We know that there’s a lot of bands from [for example] Davis that we really didn’t want to exclude. And we kind of call it a 50-mile radius from Sacramento. So it serves many more cities than just Sacramento.

I mean that’s the interesting thing. Where do we draw the line in terms of how specific our programming is to Sacramento area? I’m trying to just really focus as much on things that are of the area as possible just because it doesn’t exist, right? Any station can talk about bands from all over the place. But there isn’t one that just focuses on Sacramento-area music. So, I think, you know, it’s very niche, but I think it’s needed.

Do you have formal programs or is it just a loop of music?

I’m constantly adding new tracks, so the playlist in the library is expanding. Every single day we get new submissions…And we can set up the station in multiple ways. We can set up show blocks. We can have it kind of auto-DJ. And that’s what it is most of the time right now because of COVID. We don’t have the ability to bring in live DJs right now in a way that we think is safe. So we’re saving that for phase two. Let me circle back. The phases are that we wanted to start with the online station, which happened in October. Phase two is to get to the point where we can start reaching out to the community, to live DJs. We’re going to do that here at the Library at our new studio…It’s totally equipped…And then phase three is to broadcast on air. So not just on online, but figure out what it’s going to take to have an actual radio dial to tune into.

Are you are you playing primarily contemporary Sacramento-area music, or are you getting older things?

It’s super diverse. It’s insane how diverse it is actually. Yeah, I mean if you tune into the station for five or 10 minutes, it’ll go from noise to hip-hop to metal to indie to ambient…. I think it’s mostly kind of current bands but, I mean, we’re getting submissions from again all across the board. It’s super diverse. So I think the oldest submission that I know of is from 20 years ago, which is cool.

That’s actually not very long ago. What record is that?

A local band, Hearts and Horses, those tracks and those albums. And if anyone reading this has music from longer ago than that, please hit us up. Again our challenge is just reaching all the music that’s out there. I mean this is only getting as far as I can find at this point, or like the people that find us. Since we’re so new, I mean it’s still definitely growing. We’re still building, but I imagine over the next year it’s just going to get more and more diverse and awesome.

It sounds like you don’t have specific programming blocks right now.

It’s as simple as just creating them. The last block that we did was a 24-hour Dolores 5000 marathon. I created an entire day block of their catalog. Before that was Gentlemen Surfers albums in reverse alphabetical order.

If someone wanted to submit music to you what’s the best way to do that?

On our website. It’s musicalandria.com; there’s a tab at the top called Musiclandria Radio. And that’s where you can tune in. Our player is on that page, then just below the music player there’s a huge link: Submit your Music to Sacramento Dirt. And that takes you to our form for submitting.

Do you just take straight uploads from there or, or is there a submission process?

We found it really helpful if bands have a Bandcamp page. And the reason for that is because all the metadata that we get from a Bandcamp download makes all the track names upload perfectly, all the album art, all the metadata and also a purchase link. It gives us a really easy way to include a way for people to buy the tracks or albums that they’re hearing. If a band doesn’t have a Bandcamp link that’s okay, but we really encourage people to just create a Bandcamp page, because it’s free and it takes like minutes. It’s great again, for all the metadata, and if bands who are uploading want to share their tracks with other radio stations, that’s going to make other stations’ lives a lot easier as well.

Tune in to Sacramento Dirt at musiclandria.com

Be the first to comment on "Fifteen Minutes: Buddy Hale, Sacramento Dirt"