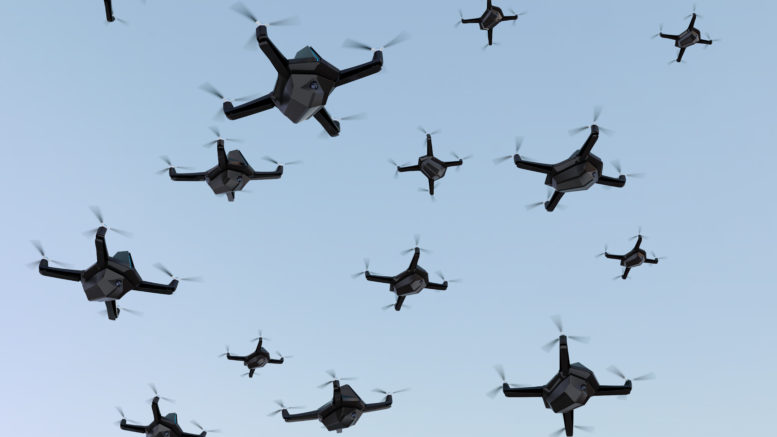 For two years of his life, Sacramento County public defender Joseph Cress had the unenviable task of representing Joseph DeAngelo, perhaps the most notorious serial killer in California history.

That didn’t stop Cress from doing his due diligence and touring the scene of every known murder the Golden State Killer perpetrated in Southern California. The veteran attorney visited seven locations in Santa Barbara, Ventura and Orange counties where a masked home invader tortured couples and women between 1979 and 1986.

In Irvine, where DeAngelo raped and bludgeoned to death two women, including his last known victim, Cress parked outside one of the homes and began walking the area. Cress recalled that he was texting his co-counsel on the case when something drew his eyes upward.

A drone hovered in the sky. It seemed to be following him.

“I was feeling a tiny bit paranoid,” Cress told SN&R. “There was a part of me that thought maybe someone figured out that I was down here. … ‘Does somebody know that I’m down here doing this?’”

Cut to a few days or weeks later—Cress doesn’t remember exactly how much time passed—and he received a package of discovery evidence from the prosecution. He queued up a video and saw himself from a bird’s eye view, at the scene of the Irvine crime.

“There I am walking underneath the drone,” Cress said with a chuckle. “It’s more of a coincidence than anything else, but it was unsettling at the time.”

Cress believes the drone had been deployed to reconstruct a decades-old crime scene as part of the complex prosecution of a man believed responsible for 13 deaths and more than 50 sexual assaults in the 1970s and 1980s.

But the Trump administration’s use of aerial surveillance to monitor nationwide protests sparked by the police strangulation of George Floyd has civil liberties organizations seeking to better understand how federal agencies patrol the skies.

In August, the American Civil Liberties Union highlighted the Federal Aviation Administration’s pattern of granting airspace to law enforcement agencies while restricting it to media and community members who wanted to document police conduct. In Ferguson, Mo., following Michael Brown’s death in 2014, during the Dakota Access Pipeline protests in 2016 and over Portland in past July, the FAA granted authorities’ requests to control the sky.

“In short, this flight restriction leaves room for government agencies to use aircraft to surveil the public, but severely limits the ability of the public to record the government,” the ACLU wrote in a release announcing a Freedom of Information Act filing. “That may be how law enforcement agencies like it, but it’s exactly backward[.]”

Ángel Díaz, counsel in the Liberty & National Security Program at the Brennan Center for Justice, said the public learned in real time how police agencies were willing to use drones, facial recognition technology and social media against those who organized Black Lives Matter demonstrations in California, Pennsylvania, South Carolina and elsewhere over the summer.

“They were met with, in some situations, a full face of surveillance that they didn’t know was being used,” Díaz contended.

The report, which originated from the Justice Department’s Office of Community Oriented Policing, noted that law enforcement’s use of unmanned aircraft has rapidly accelerated since 2016, and that law enforcement counts “crowd monitoring” as one of the technology’s benefits.

The report also acknowledged that “many community members have legitimate concerns about the use of drones by anyone, including the police, because of the privacy issues that occur when small, lightweight devices with video cameras can fly almost anywhere.”

But the cat’s already out of the bag in more than 1,000 American cities and counties where law enforcement agencies fly drones overhead, according to the Electronic Frontier Foundation’s Atlas of Surveillance.

Not so remote controlled

The foundation’s open-source research project shows that the drone seen by Cress could have been piloted by one of four police departments in Orange County, including the Irvine Police Department, which acquired a DJI Matrice 210 drone in 2018.

In March, the city of Sacramento said its police department, which operates a dozen drones, “started to use drones to provide an option for officers to conduct area searches, building searches or searches for missing persons.”

California state law restricts the use of civilian-piloted drones over correctional facilities, but otherwise leaves it up to the FAA to regulate the use of unmanned aircraft.

The Justice Department report recommends that law enforcement agencies research existing laws and conduct community outreach before implementing their drone programs, recommendations that come too late for hundreds of agencies.

“Drones are quickly becoming one of the most innovative and effective technologies used by police agencies today,” Chuck Wexler, executive director of the Police Executive Research Forum, wrote in the Justice Department report. “Yet, despite the exponential increase in the number of agencies using drones, there is still a lack of clarity on how police should launch a drone program.”

Where do we go from here?