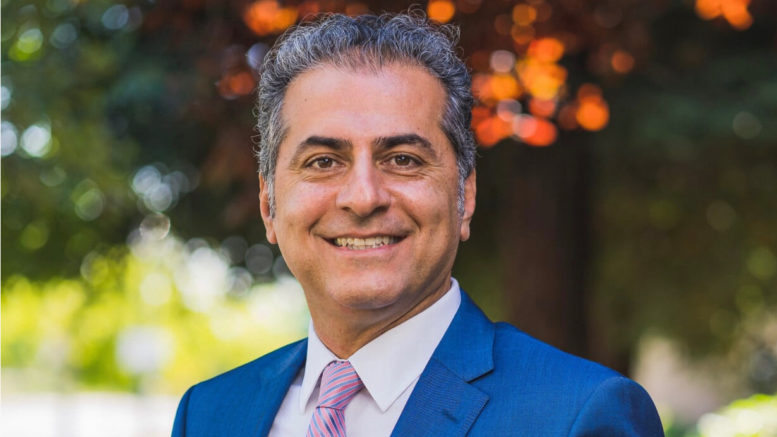 Days before taking office as a member of Sacramento City Council, Sean Loloee got a reminder of what he’s giving up as an elected official.

On Wednesday, Sacramento Superior Court Judge Christopher Krueger granted a motion to dismiss a slander lawsuit that the incoming District 2 representative filed against labor organizer Maria Grijalva in February after she alleged workplace and human rights violations at his business, Viva Supermarket.

According to Grijalva, employees told her they had been worked beyond exhaustion under deportation threats. A spokesman for the U.S. Department of Labor confirmed Thursday that there is an ongoing investigation, but declined to provide any details.

Loloee takes the oath of office on Dec. 15, along with new council members Katie Valenzuela in District 4 and Mai Vang in District 8.

In his 13-page ruling, the judge said that Grijalva’s comments arose “out of protected activity” and that Loloee had failed to show “that the alleged defamatory statements were made with actual malice.”

That’s the long-held legal standard for public figures to prove libel or slander. Private individuals must only prove that defamatory written or spoken comments were made negligently.

Grijalva made the dismissal motion to dismiss under California’s anti-SLAPP (Strategic Lawsuit Against Public Participation) law.

“If critics could be silenced through the threat of litigation or actual filing litigation, then we would never know a lot of the dirt which politicians are tying to conceal,” her attorney, Mark Merin, told SN&R. “So it was a very important and, I would say, bold decision of the court to make.”

“I’m not going to let it go, unless she calls and apologizes.”

Loloee, however, vowed to press on with legal options, including possibly appealing the ruling, even though his attorneys declined to schedule a hearing Wednesday morning. That affirmed Krueger’s tentative ruling.

“I’m not going to let it go, unless she calls and apologizes,” Loloee said. “But it is what it is. I’ll let the attorneys handle that part.”

Grijalva doesn’t seem concerned. “This is done,” she said Thursday. “He is in over his head.”

On Nov. 3, Loloee defeated two-term incumbent Allen Warren 10,166 votes to 7,878, in part by campaigning as an alternative to the scandal-plagued councilman.

One of Loloee’s endorsers, Sistah Pat Roundtreerivers, co-pastor at Del Paso Heights-based For His Glory Church, stuck by him after learning of the suit. She said that Loloee provided 12 turkeys for her church’s Thanksgiving meal and that she still believes he will follow through on his campaign promises to help family-owned businesses, deal with homelessness and improve libraries and parks.

“People are always going to try to find something to discredit who you are,” Roundtreerivers said. “And I say, if you stand firm on who you say are, then it’s all good. Hats off to him to file a slander suit for somebody talking crazy about the brother.”

Loloee said that the legal defeat won’t have any effect on him and that he looks forward to his work as a councilman getting underway.

“We’re opening a brand new chapter for our district and have the support of the residents,” he said. “I’m excited that I’m going to be on the ground and with the help of our constituents, we can push our district forward and make it a better environment for all the residents within our district.”