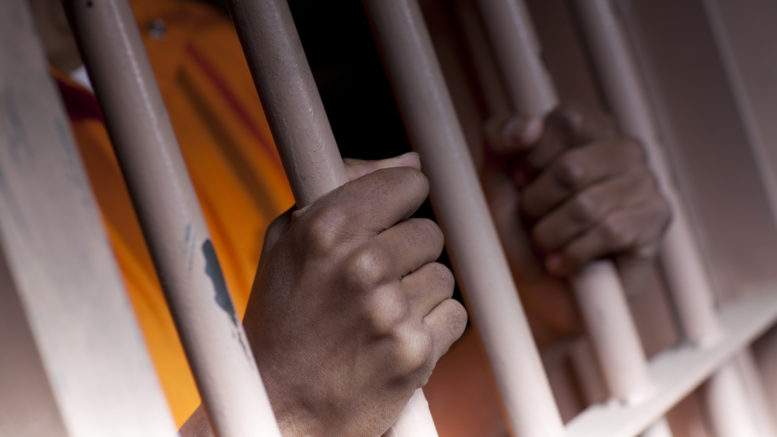 Sacramento judge: ‘When [SB 1437] passed …  the first case I thought of was Danny Hampton.’

Danny Lashawn Hampton went along for a robbery and away for a murder he didn’t commit.

Thirteen years later, the judge who sentenced Hampton to 33-years-to-life disavowed the California law that forced his gavel—and indicated he would toss out Hampton’s murder conviction over the objections of the Sacramento County District Attorney’s Office.

The reason the judge can is because of Senate Bill 1437.

“When it was passed … the first case I thought of was Danny Hampton,” the Hon. Michael P. Kenny said during an Oct. 15 video hearing in Sacramento Superior Court. “That’s this case.”

According to appellate court decisions concerning Hampton and one of his co-conspirators, Hampton was 20 years old when he joined three men in a plot to rob his marijuana dealer of drugs and cash in December 2004.

The robbery took place inside a detached garage where the victim, Larry Elliott, entertained two friends while his girlfriend and their 1-year-old son slept inside the house.

Hampton’s attorney at trial portrayed him as a reluctant participant, talked into making a decoy purchase of an ounce so he could case Elliott’s garage for valuables and report back to the others, who would commit the robbery on another night.

Two cars rode out to a park in the Rancho Cordova neighborhood where Elliott lived. Hampton and Camitt Doughton walked to Elliott’s house while Edward Quintanilla and Deandre Scott stayed behind with Quintanilla’s girlfriend, who drove one of the cars.

Elliott and his guests were in the garage drinking beer, smoking weed and making music when Hampton and Doughton arrived. The group socialized and Elliott offered Hampton some smoke. Someone phoned Quintanilla back at the car, his girlfriend later told detectives. Minutes later, Quintanilla and Scott entered the garage wearing ski masks. Quintanilla was armed with a revolver and told Hampton to turn up the radio.

When Elliott said he didn’t have anything worth stealing, Quintanilla pistol-whipped him, witnesses said.

Some of the robbers entered the house. Elliott’s girlfriend said she awoke on the couch to a gun pointed at her head. The man holding it told her to get onto the floor and tell him where the money was. She gave him $140 from her wallet and asked the robbers not to enter her son’s bedroom. They agreed they wouldn’t.

Scott reentered the garage holding a shotgun and an assault rifle, but the crew evidently hadn’t found the loot they expected. Elliott’s girlfriend said she heard a voice say, “If somebody doesn’t tell me where the fuck the money is is, somebody’s going to get popped.” She escaped to a neighbor’s house and phoned the police.

Hampton carried a bucket filled with marijuana to the car and was followed by Quintanilla. Back in the garage, one of Elliott’s friends heard Doughton say, “I told you not to look up” before firing a bullet into Elliott’s head.

In one of the getaway cars, Quintanilla asked, “Who capped him?”

Two of the robbers were sentenced to life in prison while another got 25-years-to-life. In 2007, Hampton received a 33-years-to-life sentence that he’s been appealing ever since. But it wasn’t until Gov. Jerry Brown signed Senate Bill 1437 in September 2018 that Hampton had a legal justification to argue his relative innocence.

‘Not the man who pulled the trigger’

Prior to 2018, the felony murder doctrine allowed prosecutors in California to hold a killer’s co-conspirators equally accountable for murders they didn’t commit and may not have planned, participated in or anticipated.

It was known as the “natural and probable consequences theory.” Put simply, it was the criminal justice system’s way of saying “in for a penny, in for a pound.”

“Most people have no idea that under California’s current murder statute you can be charged with murder and given a life sentence even if you didn’t kill or have a direct role in a murder,” Skinner said in a Sept. 30, 2018 statement, the day Brown signed her legislative response into law.

The new felony murder definition took effect January 2019 and restricts the most serious murder charges to those who actually commit murder, play a major role in its commission or act with reckless indifference toward human life.

But SB 1437 also established a legal process for those who were sentenced under the old felony murder statute to pursue resentencing under California Penal Code section 1170.95.

That’s what happened Oct. 15, when Hampton’s 1170.95 bid was intensely debated—not by opposing counsel, but by the prosecutor who argued to preserve Hampton’s murder conviction and the judge who remained haunted by it more than a decade later.

“We have a valid and legal conviction for a very serious crime, for one of the most serious crimes we address as a society,” deputy district attorney Greg Porter said during the hearing, which was conducted through video conferencing.

Hampton was tried separately from his co-conspirators and convicted in 2007 of felony murder and robbery charges, but only after the DA’s office reluctantly withdrew the special allegation that Hampton showed reckless indifference toward human life. The prosecutor at the time did so only to head off a hung jury and motioned to dismiss the special allegation on the grounds that there was insufficient evidence to prove it.

That unusual fact essentially undid Porter’s argument and provided Kenny the opportunity for a candid reflection.

“I recall this case well, for this reason,” the judge began. “At the time of sentencing, I actually felt a certain…reluctance. The law required the sentence that I imposed and so I imposed it. But I also knew that the facts of the case were such that Mr. Hampton was not the man who pulled the trigger. … Mr. Hampton was approximately a block away at the time that trigger was pulled. He wasn’t even present.”

Kenny later added, “I think in fact this is exactly the kind of case that [SB 1437] was designed for.”

The judge formally vacated Hampton’s murder conviction on Nov. 5, said Hampton’s attorney Robert Saria. As of Nov. 24, the California Department of Corrections and Rehabilitation showed that Hampton was still being held at Mule Creek State Prison in Amador County, where he was admitted 13 years ago.

Saria expected his client to be released soon into a society that’s enduring its own kind of lockdown.

A grisly murder. An illegal confession. A 20-year fight to be free.

The court of public opinion