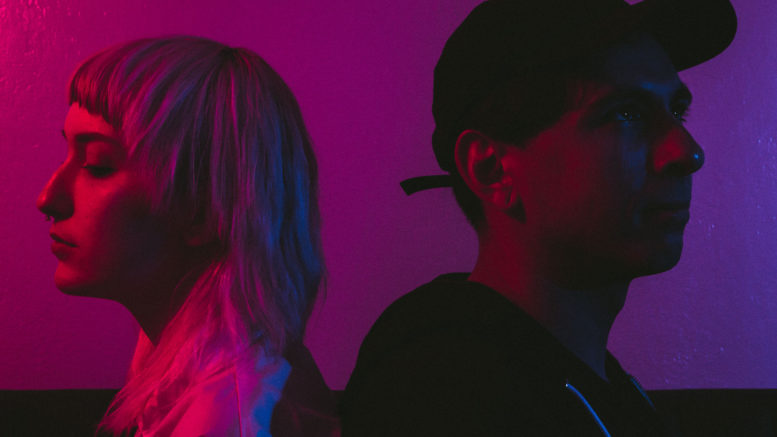 Sacramento-based duo Weathering had just started practicing regularly with a full band before the pandemic hit. Elinor Carbone and Alex Acuna (formerly of Anxious Arms) and their new lineup hadn’t yet played a show before venues began closing. With plans for a tour in May canceled, Carbone and Acuna asked each other: “Okay, well, now what do we do?”

The pair has been surprisingly active for a relatively new band: they’ve released three records in less than a year, including their most recent single, “Chimera,” released at the end of September. It’s a lathe-cut record, limited to 25 copies, and released on the Sunday Drive label out of Texas. While physical copies of “Chimera” are down to single digits, you may have a chance to grab one of the remaining copies on Weathering’s Bandcamp page.

If you miss out and a digital download isn’t enough to soothe you, Weathering’s video for “Chimera” may satisfy you—and its nod to low-budget horror movies may put you in the right frame of mind as Halloween approaches.

Carbone, a horror movie fan, originally conceived of the video as an homage to “The Ring,” the American remake of the Japanese movie of the same name.

“I have a Fuji mirror-less camera. It’s not anything crazy,” Acuna says. “We [had] started to mess around with [a] camcorder, and [the] battery dies. And I was like, ‘Let me grab my camera.’ And then we just ended up shooting on that. But it ended up working out pretty well…. It’s not like a high def video at all…but it kind of like all works together.”

With touring out of the question, Carbone and Acuna have used the “Chimera” video to introduce the new, full band lineup to fans. Bookended by the aforementioned nods to “The Ring,” the video alternates between Carbone biking along seemingly empty Sacramento streets, and footage of Weathering’s new, full lineup performing in shadows of purple light.

The music is ethereal, dark but dreamy, with synth subtly layered under Carbone’s vocals. Let the “Chimera” video hold you over until live music returns.

Be the first to comment on "Video scratches the performance itch: Weathering’s “Chimera”"