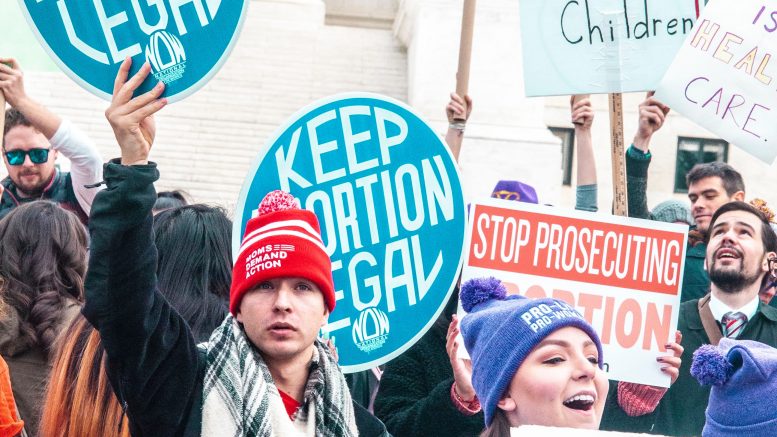 The death of Justice Ruth Bader Ginsburg puts abortion rights in even more jeopardy at the U.S. Supreme Court. (Photo by Maria Oswalt on Unsplash)

Essay: An extreme conservative majority on the Supreme Court threatens access to services, including abortion

At Planned Parenthood, we are grieving the loss of Ruth Bader Ginsburg, the lioness of the U.S. Supreme Court, and not just because of what she accomplished to advance the rights, health and independence of women.

You have only to glance at her record of trailblazing court opinions, including her dissents, to know that she was more than a feminist. She was a humanist.

She was committed to justice for all people who have been discriminated against or neglected and forgotten. The vacancy she leaves on the highest court means many of those people are now in jeopardy—people like the patients we see every day at Planned Parenthood Mar Monte.

The sweeping achievements of health care reform, including coverage for pre-existing conditions and birth control, are in grave danger of being wiped away if the Supreme Court decides to invalidate the Affordable Care Act in a case the justices will hear in November. That decision would be a huge blow to the more than 20,000 patients we see annually in Sacramento alone—more than 85% of whom live barely above the federal poverty line.

Such a decision would be especially devastating to communities of color that have historically had less access to health care. Think of it: Millions of people nationwide losing health care in the middle of a pandemic when many are also suddenly unemployed.

They are people like the man who, after losing his job and insurance, called one of our Sacramento health centers for medication that he could not otherwise afford to treat a common infection. Or like the woman who came to the health center for a gynecological checkup but also had a broken wrist and hadn’t received treatment because she had lost her job and was afraid she couldn’t afford care. Or like the young woman who was recently treated for chlamydia and had a hard time just getting to our downtown Sacramento health center because she could barely afford transportation.

The sweeping achievements of health care reform, including coverage for pre-existing conditions and birth control, are in grave danger of being wiped away.

In fact, difficulties with transportation are a frequent burden for our patients, especially those who must travel a long way from another state that has little or no access to the care they need.

Recently, a trans patient had a tele-health appointment with one of our Sacramento health centers, from hundreds of miles away, since there was no hormone therapy available where they lived. Because the trans community is often discriminated against, lack of services is common for patients who need gender affirming care—and that’s before a possible 6-3 extreme conservative majority on the Supreme Court could render decisions that create further obstacles.

There is also the increasing number of abortion patients who come to our California health centers from other states, where legal restrictions have already created “abortion-access deserts.”

We commonly see abortion patients driving or flying to California, who are experiencing domestic violence, had no access to effective long-term contraception or had severely troubled pregnancies they were unable to end in states where they live.

Now, there is an even greater risk that the Supreme Court could gut Roe v. Wade or overturn the landmark 1973 ruling.

An extreme shift in the court will likely have a profound impact on the health of Americans—especially those, like our patients, who are among the most vulnerable.

There is one thing we can do right now to safeguard Justice Ginsburg’s magnificent legacy: Vote on or before Nov. 3 to protect justice and freedom for all of those she fought for. Millions are depending on it.

Be the first to comment on "Protect RBG’s legacy, protect our health"