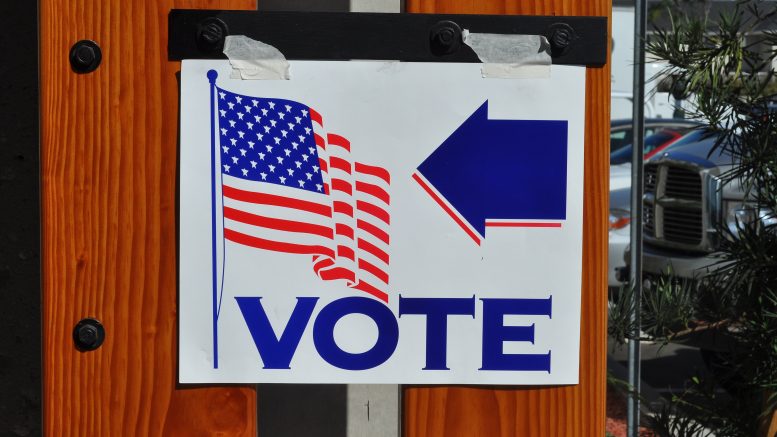 Essay: A new study says that if the poor vote, they can change the election

The Poor People’s Campaign: A National Call for a Moral Revival released a study Tuesday that shows what many of us in the streets already know: Poor and low-income people can change the political calculus of this nation.

Here in California, we are mobilizing our communities to register to vote. We are going to educate and organize people to vote on issues that would help eliminate what our co-chairman Rev. William J. Barber II calls the five interlocking injustices: systemic poverty, systemic racism, ecological devastation, the war economy and the distorted moral narrative of religious nationalism.

This has never been an easy task even in this progressive blue state. Voter suppression is real in California, especially in poor communities of color.

I have been organizing and working since 2003 to get out the vote in Boyle Heights, a brown and poor community in Los Angeles. I have seen how polling places get changed at the last minute, how poll workers deny voters access to provisional ballots and how they have asked voters for identification and, if they do not have ID, deny them their vote.

The study, conducted by Rob Hartley, a researcher at Columbia University, is titled “Unleashing the Power of Poor and Low-Income Americans: Changing the Political Landscape.” It shows that low-income potential voters (those eligible to vote but who did not cast ballots) constituted 14% of the California electorate in the 2016 presidential election and 18% of the electorate in the 2018 midterm election.

In the presidential election, the study shows an increase of at least 1% of the non-voting, low-income electorate would equal the margin of victory in the 2016 presidential election in Michigan. A 4% to 7% increase would match the victory margin in states such as Florida, New Hampshire, Pennsylvania and Wisconsin.

Nationally, the study shows if poor and low-income people voted at the same rates as those those with higher incomes, there are 16 states where the additional voters could meet or exceed the midterm election margins of victory in U.S. Senate races.

Getting out the vote during the COVID-19 pandemic is going to pose its challenges, but we are committed in ensuring the participation of the most vulnerable.

But if we do not mobilize and organize the poor and dispossessed, there could be even less participation in this election given the instability during the COVID-19 pandemic. Those of us who work in housing issues are looking at a tsunami of evictions starting in September, and this will create chaos since people must re-register to vote when they move.

But the biggest question is where will they go if they get evicted because they can’t pay rent. We also see this instability in homeless communities where encampments are being attacked and dismantled.

Getting out the vote during the COVID-19 pandemic is going to pose its challenges, but we are committed in ensuring the participation of the most vulnerable. We are in different regions and are composed of various grassroots movements, unions, faith organizations and groups that are working to make this a success. Our commitment is to ensure that our platform is heard, starting with the participation of the 140 million poor and low-income people in the nation.

As Californians, we see it as our duty to make sure that poor and low-income people are engaged in this country’s politics, register to vote, cast a ballot and stay involved after the election.