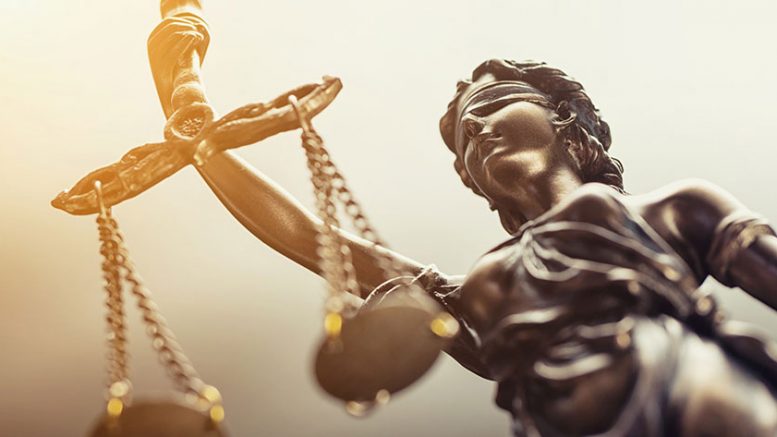 Prop. 47 has been a political lightning rod, but independent research suggests it’s had a positive effect on at least one ugly legacy of the War on Drugs

A new study suggests that a controversial statewide ballot initiative that voters passed six years ago has played a role in reducing racial disparities within California’s justice system.

Advocates for Proposition 47 described the measure as shifting from punishment to public health for drug addicts. Now, independent researchers say the course correction may correlate with a 36% reduction in the disparity between African Americans and whites being arrested for drug offenses, and a 55% decline in the difference between those groups being arrested on felony drug charges.

While justice reform advocates are celebrating these findings, some are cautioning that the state needs to follow up with more public health work around addiction as homeless numbers and life-threatening drug overdoses continue to rise in the Golden State.

Prop. 47 is one of three major changes since 2011 to how California deals with crime. The first, AB 109, better known as “realignment,” was passed by the Legislature in 2011 and diverted a host of low-level criminal offenders from state prisons and parole offices to county jails and probation departments. Prop. 47 followed it three years later, with voters deciding to change a number of drug and property crimes from felonies to misdemeanors. Each shift in the law was followed by reports of specific murders and assaults that theoretically would not have happened under the previous paradigms.

Reform advocates implored the public to set aside anecdotal incidents and wait for long-term results before drawing conclusions. Some of that long-promised data is finally arriving.

Beginning in 2013, the Public Policy Institute of California, a nonprofit, nonpartisan think tank, began funding ongoing research into the state’s justice experiments. Meanwhile, in 2016, voters passed a third controversial measure, Prop. 57, which put the responsibility of deciding whether minors arrested for crimes will be tried as juveniles or adults in the hands of judges rather than prosecuting attorneys, while also allowing some adult prison inmates who’ve completed rehabilitative programs to apply for early release.

Last month, the PPIC released a new report that specifically focused on the impacts of Prop. 47 to 2017. During a video conference, lead researcher Magnus Lofstrom set the context by using numbers from the California Department of Justice to make it clear that there are well-documented racial disparities, from back seats of police cars, to courtrooms and prison cells. Lofstrom pointed out that while African Americans make up 6% percent of California’s population, they represent 16% of all arrests, 26% of people who are on probation, 25% of people in county jails; and 29% of people in a state prison.

The study that Lofstrom co-authored with research associate Brandon Martin and UC Berkeley professor Steven Raphael not only found that arrest disparities had gone down since Prop. 47 passed, the overall percentage of African Americans incarcerated in California dropped from 5.5% to 3.5%. Additionally, arrest numbers for all categories of Californians saw noticeable decreases: Felony bookings declined by 30%, while drug charges dropped by 70%.

“The short answer is, this shows smart reform works,” Kamlager said during the video conference. “Everyone wants to say that crime has gone up since Prop. 47, but the data does not show that. It shows there have been some upticks in property theft and property crime, but we have more work to do in helping people understand the data.”

King County Sheriff David Robinson, who’s also president of the California State Sheriffs’ Association, agreed with Kamlager’s assessment of the data trends around Prop. 47. But he stressed there may have been a cost because people who are arrested for a drug offense can’t be sent into court-mandated treatment.

“When you take crimes away, or reduce them, or take away jail as an option, you need to also have something to back those up, so people still have an option to get the help they need in the communities they live in,” Robinson said. “One of the things we’ve unfortunately seen is the opioid overdose rates go up since Prop. 47. You cannot just look at the arrest and booking rations, you’ve got to say, ‘OK, what are we now doing for those people who probably had their lives saved because they were arrested and booked for a drug offense and hopefully got some of kind of help or treatment while in custody.’”

King added that, depending on the area of the state, there has been a roughly 25 to 30% increase in opioid overdoses since California altered course.

Jay Jordan, executive director for the reform group Californians for Safety and Justice, acknowledged that the positive findings in the study need to be balanced with a will to do more social work on the streets.

When the psychic pirate met the social media detective

Let's all give Pepper Spray Cop a hug!