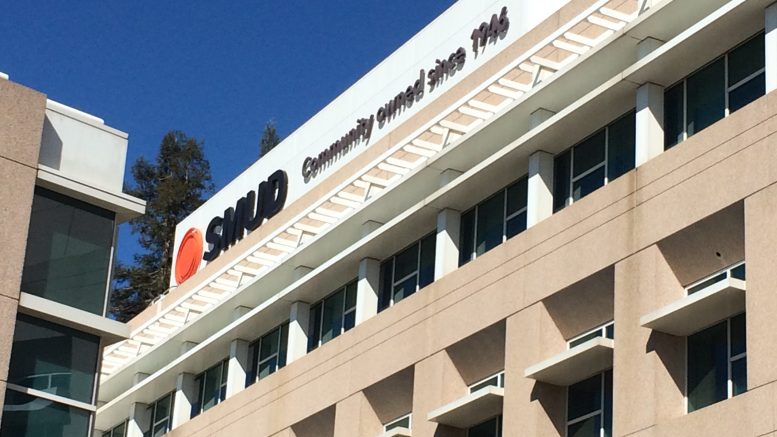 Essay: SMUD is back on track by committing to carbon neutrality by 2030

The SMUD board of directors set a new hallmark in climate leadership this month by adopting a Climate Emergency Declaration with a goal of carbon neutrality by 2030, becoming the nation’s first independent public utility to declare a climate emergency.

By committing to ending its reliance on fossil fuels by 2030, SMUD is on track to restore its place as an environmental leader. The Sacramento Municipal Utility District has a history of green leadership, starting with the shutdown of the Rancho Seco nuclear power plant in 1989 and continuing with groundbreaking efficiency and solar energy programs.

But in recent years, SMUD policies drifted towards the middle of the pack. For example, 46% of SMUD’s energy is carbon-free, which is less than PG&E.

Now, SMUD joins the international climate emergency movement of more than 1,700 jurisdictions in 30 countries. The change in direction at SMUD came about thanks to leadership both from the SMUD board and the community, born out of a growing awareness that the climate crisis is worsening and that the costs of energy production and storage are rapidly falling.

Record-setting wildfires have scorched across California for the last three years, and public pressure to begin addressing these issues has grown worldwide and right here in Sacramento. In December 2019, the city of Sacramento declared a climate emergency. Since 2018, the Sacramento Climate Coalition has grown to 29 local groups calling for climate emergency declarations by area governments.

The SMUD declaration approved July 17 also calls for increasing its commitment to environmental justice. Two of SMUD’s five natural gas plants—at Procter & Gamble and at Campbell’s—are located in disadvantaged communities. Those plants should be shut down first; compelling state data connects emissions from the plants to health impacts in these communities, including high rates of asthma and heart disease.

“The change in direction at SMUD came about thanks to leadership both from the SMUD board and the community, born out of a growing awareness that the climate crisis is worsening and that the costs of energy production and storage are rapidly falling.”

SMUD will also need to dramatically expand use of clean energy, leaving nothing on the table. This includes increasing investments in large-scale hydropower, solar, geothermal and wind power, and partnering with other utilities across the state that are doing the same. It means doing more to empower our community to harness the sunlight that falls on local rooftops so that every resident can be a part of the climate solution. It means increased use of battery storage so we can use clean energy even when the sun isn’t shining, and to improve the resilience of the community as we move into a hotter, drier future. Finally, it means constantly considering emerging technologies as they prove themselves.

While this new climate goal is ambitious, SMUD is well-positioned to succeed. It already offers a number of incentive programs to help people reduce their use of energy, and also to convert their gas-powered cars and appliances to clean ones. The commitment to restore a safe atmosphere will undoubtedly reinforce and help justify expansion and diversification of such efforts, including efforts to restore carbon in soils and plants.

SMUD staff has about nine months to create a plan for how to reach the new, ambitious goals. This will be among the first tasks of SMUD’s soon-to-be-hired new general manager. To that individual and the SMUD board, the community thanks you and is ready to work side by side with you to accomplish these goals, for the good of our future.

Homeless in a heat wave

2 Comments on "An environmental leader, again"