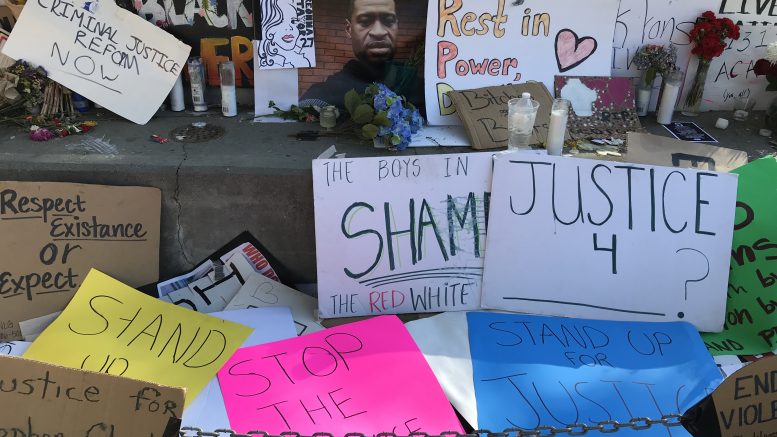 There is a sense of urgency in the evolution of policing in the United States after the senseless death of George Floyd under the knee of a Minneapolis officer. This horrific incident has triggered protests across America and around the world to address excessive use of force, systemic racism and the lack of police accountability.

Police reform efforts must focus on organizational policies and practices, as well as the cultures and sub-cultures within departments, a lack of institutional control and systemic police misconduct.

Although it is a pivotal time with racial injustice at the forefront, police reform is complicated and challenging. Mayors, city council members, city managers, and other local officials desire police reform until they receive pressure from unions. Local leaders around the country continue to cave to police unions due to fear of backlash and non-support for re-election.

Tonya Chapman, the first African-American police chief in Portsmouth, Va., worked to change her department’s discriminatory practices, abuse of authority and dysfunctional culture. But she was forced to resign last year after friction among city leaders and between the community and the police department following several officer-involved shootings.

This is all too common with police leaders. Former Vineland, N.J. Police Chief Rudy Beu describes how he was targeted for fighting corruption and defamed by the union in a smear campaign to drive him out this year. Police Chief Keith Humphrey of Little Rock, Ark., is faced with an onslaught of lawsuits and grievances after he terminated an officer who fatally shot an unarmed suspect in February 2019.

As the first African-American female police chief in Nevada, I faced similar issues in Henderson. I led in a challenging environment with a complicated history of nepotism, favoritism, internal dissension and gross misconduct. I experienced how accountability can bring out the worst in individuals. The supervisor’s union launched a smear campaign filled with untruths and frivolous complaints to refrain from being held accountable.

Courageous leadership is a necessary ingredient of police reform. Courageous leaders have strong problem-solving and decision-making skills and a keen ability to evaluate, develop and execute impactful initiatives. Regardless of internal and external pressures, they are introspective, transparent and honest, and uphold the highest standards of integrity, accountability and trust.”

“I led in a challenging environment with a complicated history of nepotism, favoritism, internal dissenson and gross misconduct. I experienced how accountability can bring out the worst in individuals.”

Independent oversight of police departments is also a necessary ingredient of police reform, partnering broad perspectives from community members, politicians, police leaders, employees and their unions and activist groups to establish impartiality. Transparent and legitimate communication between the police and minority communities work to address misconceptions and historical tensions. Independent oversight is needed to bridge the gap between the police and the communities they serve.

Improved hiring standards are another ingredient of police reform. Departments must reflect their community and commit to diversity as a necessity. A structured recruitment plan is essential to attract, hire and retain more minorities and women. Recruiting should target people who have the skills and abilities for community-oriented policing.

While departments across the country are seeing significant drops in applicants, lowering standards can lead to bigger issues with hiring the wrong individuals. Giving the authority of a police officer to the wrong people is detrimental to the entire profession. The consequences of officers involved in wrongdoing are felt in every police organization around the world.

Be the first to comment on "The recipe for police reform"