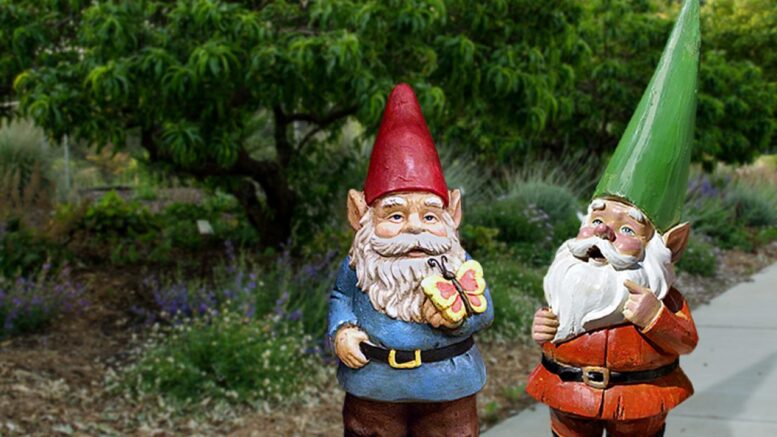 Local garden groups nixed fundraisers during the pandemic, but still must tend to plants

Nature didn’t take a time out. Plants continue to grow during a pandemic.

Due to COVID-19 restrictions, dozens of local plant sales and other special gardening events were canceled this spring. This not only put a strain on groups that depend on those fundraisers to support their annual activities. Somebody has to care for those unsold plants.

“I’m babysitting an awful lot of plants,” said Taylor Lewis, nursery manager for the UC Davis Arboretum. “It’s somewhere in the neighborhood of 50,000.”

By now, most of those plants would have been sold, but the arboretum canceled all four of its spring sales. Its fall sales are on hold until further notice. The events usually attract more than 8,000 patrons.

“We’re getting close to rolling out our curbside pickup, online platform,” Lewis said. (Watch for details at arboretum.ucdavis.edu.)

While arboretum tours and other events are on hold, Lewis has been hosting Facebook Live events at 10 a.m. Tuesdays and Thursdays. “Ask the Garden Gnomes” tackles garden questions and tours volunteers gardens.

Meanwhile, Lewis has been pretty much by himself, tending thousands of California native plants, Mediterranean perennials and drought-tolerant Arboretum All-Stars. Usually, he has about 160 arboretum volunteers plus several student interns to help out.

“We have only one volunteer in the whole arboretum right now,” Lewis said. (That volunteer is monitoring hummingbird habitat.)

While the rest of the UC Davis campus has been quiet, Lewis has kept very busy.

“I’ve been at the nursery every day,” he said. “It’s really just about only me coming out—and pruning like crazy. These plants are getting big!”

Sacramento’s world-famous heritage rose garden at the Historic City Cemetery annually hosts a huge sale of bushes grown from the garden’s collection. But that April sale was canceled.

At their own homes, six volunteers had the task of tending more than 500 bushes in 1-gallon pots.

With plans for future garden events at the cemetery uncertain, the rose group decided that they would offer the roses for sale first come, first served.

“I wasn’t ready to do a large-scale viral rose sale, but that’s what happened,” said Anita Clevenger, who is coordinating the online sale. “I had people from far-flung places, making requests.”

The group sold nearly 300 bushes in about a week, but still has more than 200 left. Priced at $20 each, the bushes are grown from cuttings from the Victorian-era garden. Most of these varieties can’t be found anywhere else. (For more details and a list of available roses, see CemeteryRose.org.)

After two months of cancellations, events return to Sacramento’s Shepard Garden and Arts Center in McKinley Park on Friday and Saturday, May 29 and 30, when the Sacramento Chrysanthemum Society hosts its annual rooted cuttings sale. (Details: sgaac.org.)

Hundreds of chrysanthemums in dozens of unusual varieties will be offered for sale. This includes many exhibition mums, valued for their large size and varied forms, as well as several heritage mums. These varieties are not available in stores or local nurseries.

The cuttings sale will be held from noon to 4 p.m. Friday and 9 a.m. to 4 p.m. Saturday, or until the plants run out. (Fortunately, the weather forecast is considerably cooler both days.)

Social distancing and other precautions will be observed, according to organizers. Patrons are encouraged to wear masks and stay at least 6 feet apart.