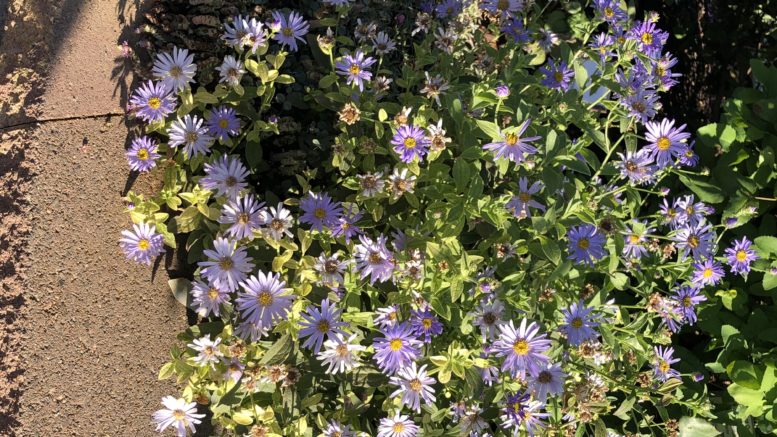 Maybe it’s pent-up demand or a need to plant something new. But when the Arboretum Teaching Nursery at UC Davis hosted its first sale of the season, customers stretched past the parking lot.

“People started lining up at 8 a.m.,” said nursery manager Taylor Lewis. “By 9 a.m., we had 300 people waiting to come in. We had more than 1,500 people come through the door. It was one of the biggest events we’ve ever had.”

If you missed it, don’t worry. The UC Davis Arboretum is hosting its second public sale from 9 a.m. to 1 p.m. Saturday, Oct. 10, with a fall clearance sale set for Nov. 2. Admission is free.

“I want as many awesome plants as we can get,” Lewis said.

“The joy for me is to grow them,” Lewis said, “then wave goodbye as they go to new homes. Some gardeners get really attached to plants they propagate. Not me.

Lewis is always on the lookout for something different.

“We have lots of things people have never seen before,” he said. “We grow what retail nurseries don’t grow, and we can offer it at a fair price. We don’t have to charge what you would pay if you were dealing with a wholesaler or middlemen. We’re lucky; we’re our own middleman and grower. It’s hard to do that, so it’s a good thing we’re not open 365 days a year.”

Instead, Lewis concentrates on three sales in fall and another set of sales in spring.

A desire to help pollinators is driving current demand, he said. “There’s a lot of buzz about pollinators. It’s like 10 years ago, when drought-tolerant plants and California natives first started to get traction with customers. When we first offered California natives, everything sold every single time. Now, it feels like that with pollinator-attractive plants. The good thing is there’s a lot of cross-over between drought-tolerant and natives and pollinator plants.”

Some best sellers surprised him.

“Deerweed; it flew out the door!” Lewis said of a little yellow California native shrub. “If I had known, I would have grown more. Cascade Creek [goldenrod], I had 75 one-gallon [plants]. Next thing I knew, they were gone.”

Of course, Lewis has many, many more plants available for the two remaining sales including such favorites as California fuchsia, penstemons and coffeeberry.

“I’m really loving the Monch aster,” he added. “It looks beautiful this time of year. I see so many bees on those flowers! It’s a great choice for pollinators.”

A hidden gem with an English touch