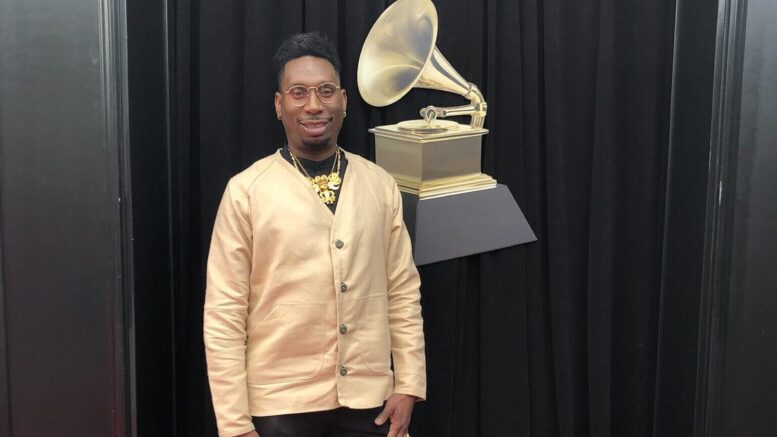 Shawn Thwaites is now a board member for the Recording Academy's San Francisco chapter, which includes the Sacramento region. (Photo courtesy of Shawn Thwaites)

The beautiful and fluid echoes from the steel drum have been embedded into Shawn Thwaites’ memories since he was old enough to pick up a pair of mallets.

As a child, Thwaites, along with his father and three brothers, were part of Pan Masters Steel Orchestra, a group that performed during President Bill Clinton’s inauguration. They traveled the country sharing the history and cultural importance of the instrument that has roots in Trinidad and Tobago, where his father was born.

After attending Berklee College of Music in Boston, Thwaites eventually made his way to Sacramento and says he fell in love with the city, so he decided to stay and further pursue his passion for music.

Thwaites and his steel drum are known as STRQ or the Shawn Thwaites Rebel Quartet, a group with rotating musicians, including singer-songwriter Camilla Covington. A few weeks ago, Thwaites announced on Facebook that he’s been accepted to the Board of Governors of the San Francisco chapter of the Recording Academy, which decides who wins Grammy Awards.

“You have that voice, you have that vote. I always thought that the public voted on the Grammys, but that’s not the case at all,” Thwaites says. “You have to be a member of the Academy to cast your vote.”

And not just anyone can become an Academy member—you have to be nominated. You also have to be an accomplished musician with an impressive body of work. Thwaites has been an active Academy member for the past two years.

“The Recording Academy, we had to write why we wanted to fill that seat and one of the things I said is that I wanted to be a liaison between here and San Francisco and build a bridge for artists because I like to develop artists,” he says.

Thwaites says he aims to bridge the gap for local artists and let musicians know what the Academy offers. In most of his spare time under stay-at-home, Thwaites is working on his follow-up album New Life 2, which he says will be out in 2021 and spends time with his son and his daughter cooking new recipes and making music.

“With all the time that we’ve had, I just felt like I have something to say, musically,” he says. “I got the good news that I’m getting deeper into the Recording Academy, so I was like it’d be cool for me to be able to give something back when the time comes around for my music to be voted on.”

As for whether or not he thinks the future of music is uncertain, Thwaites has a more positive approach:

“I think musicians and performers, anything in music is essential. We are essential workers,” Thwaites says. “Before you play any sport, before you have a funeral, music is involved in all of those things. It makes us all laugh and cry.”

Switching up the beat

Be the first to comment on "Fluidity of sound"