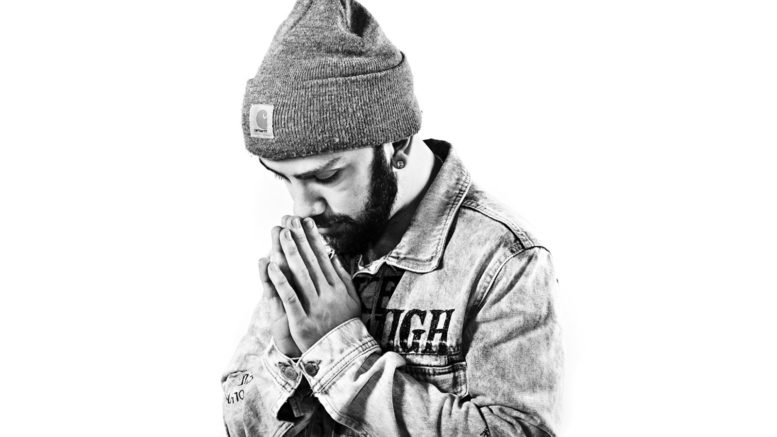 There’s a certain infectious, “on-repeat” quality to Zach Van Dyck’s latest single, “Give It All.” It’s a pop anthem for the masses, and it’s got all the elements of a Billboard Hot 100 hit: Catchy? Check. Upbeat? Check. Makes you want to give it all? Check.

While tonally different than some of the moodier tracks he released last year—including the retro synthwave-y “Strangers” or the melancholic, beat-heavy “Narcotic Fueled DayDream”—it’s no less representative of Van Dyck’s persona. For him, it all comes out in live performances.

“I’m kind of a quiet guy, I kinda keep to myself” Van Dyck says. “But when I’m onstage, it’s like I’m a totally different person. I’m a lot more confident.”

Van Dyck, who first started performing music in 2012 as part of a high school punk band, has since been learning the ropes of the music business, collaborating with others and eventually kicking off his solo career as a pop musician.

He cites 2017 as the highest point of his entire career so far. That year he put out an album, performed on Good Day Sacramento and shot a music video for his song “Winter,” which features Trace Cyrus, brother of Miley Cyrus. It’s an impressive resume, especially considering that pop isn’t as prolific as other genres in Sacramento’s music scene.

“There’s not really much of a pop scene here,” Van Dyck says. “So it’s really hard, especially for me to play shows. I wanna hop on the right-fitting show, and there’s just not a lot of it that comes here.”

He’s found that there will be periods, sometimes a couple months at a time, where opportunities seem to stagnate.

“I always get depressed or sad when nothing’s going on with music and stuff,” Van Dyck says. “And then, all of a sudden, everything just comes flowing in at once. It’s just like a rollercoaster. I mean, I know it’s cliche to say, but it is really like a rollercoaster.”

Van Dyck says he tries to handle those low points by staying active on social media, as well as talking with the people in his life and ultimately trying to stay positive. It’s a mindset that’s served him well on his pop journey.

According to Van Dyck, his more recent singles are fairly different from the kind of music he recorded when he was just starting out. The album he released in 2017 was more punk-oriented, and he removed it from streaming platforms after rebranding as a pop artist.

“I was going back and forth on what genre I wanted to do,” Van Dyck says. “When I did [“Winter”] with Miley Cyrus’ brother, it was more of a pop song, a beat-oriented song, and that was kind of the deciding point for me, that I wanted to switch over and make this transition.”

Now, it’s all about the grind—releasing more singles, doing more shows and staying active on social media to keep the fan base interested. Van Dyck opened for Drake Bell at Harlow’s Restaurant & Nightclub earlier this month, and in May he’s heading down to Los Angeles to perform his first show outside of Sacramento.

Van Dyck has big goals for the future Making a living through music is the obvious dream, and that all starts with touring.

“I feel like I’m mentally prepared for a tour,” Van Dyck says. “I know it can be grueling, but that would be like a dream come true … Even if I only do one tour in my life, at least I can say I did it, you know?”

Until then, pop music has a place in Sacramento, though there’s always room for growth.

“Hopefully more artists will come out and start doing it,” Van Dyck says. “I feel like it’s becoming a little bit more cool for people to do.”

Be the first to comment on "Switching up the beat"