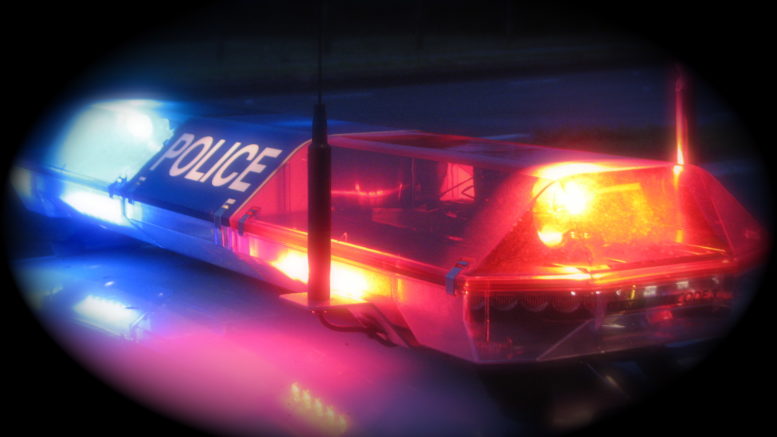 One month before viral video ignited calls to fire child-beating cop, another disgraced officer sued to get his job back

As civil rights groups clamor for the dismissal of a Sacramento County sheriff’s deputy who battered a 14-year-old boy while on patrol in Rancho Cordova, a recent court filing shows that not all fired cops stay away.

David DeLeon filed what’s called a “writ of mandate” on March 11 to overturn his termination by the Sacramento Police Department. DeLeon and his partner were accused of beating an innocent man in June 2016, prompting the city to settle with the victim—though it’s unclear if that’s what ultimately got the officers kicked off the force.

The settlement was the result of a federal civil rights lawsuit in which Namoca alleged that he and a friend were walking to catch their Uber ride in South Sacramento when officers DeLeon and Johnny Lopez pulled up in a patrol vehicle and summoned the two men. When Namoca asked what was wrong, the officers told him to sit on the ground, which he refused to do. The complaint stated that the officers accused Namoca of tampering with a mailbox and left their vehicle.

The complaint accused Officer Lopez of roping Namoca into a headlock and dragging him to the ground, where he started punching him in the head, neck and upper body. DeLeon then allegedly kneeled on Namoca’s head while either he or his partner wrenched Namoca’s right arm back, dislocating his shoulder.

Namoca and his friend, who wasn’t identified because he was a minor, were handcuffed and placed in the back of the squad car while the officers searched Namoca’s cellphone, checked for outstanding warrants and continued to accuse him of mailbox tampering, the complaint alleged. A senior officer eventually arrived and cut the two men loose.

Namoca was never arrested or charged with a crime. His injuries put him in the emergency room and cost him two weeks of work and, eventually, his job, his complaint stated.

Local civil rights attorney Mark Merin said what happened to his client that June night began with a problematic stop and escalated to an unjustified police beating.

“The decision to detain Namoca was problematic, to start with, and the use of force which resulted not only in his getting a black eye, but also having his shoulder dislocated was clearly excessive,” Merin told SN&R via email. “These facts showed at least poor judgment on the officer’s part if not a total disdain for the right of a suspect to be free from unconstitutional excessive force.”

Namoca’s claim was one of four excessive force lawsuits that the city of Sacramento settled for a total of $645,000 in 2018, according to the Bee’s reporting. The largest payout went to Nandi Cain Jr., who was walking home from work when a police officer wrongly accused him of jaywalking and assaulted him.

The city also agreed to pay a $2.4 million settlement last year to the young sons of Stephon Clark, who was standing in his grandparents’ backyard holding a cellphone when two police officers in pursuit of a vandal gunned him down in April 2018.

While Namoca was never charged with a crime and received a five-figure mea culpa from the city, DeLeon is claiming the violent encounter isn’t what got him and Lopez kicked off the job.

Two errands and a car chase

In his civil filing, DeLeon claims he and Lopez were terminated for a separate incident that took place in July 2017—a year after their run-in with Namoca—when they ran a personal errand at the beginning of their graveyard shift to help Lopez’s girlfriend get her keys out of her locked car. On their way back from north Sacramento, DeLeon says he realized he left his backup weapon at a friend’s house, which resulted in another detour, neither of which the officers reported to their sergeant.

As the partners made their way to their assigned patrol sector in South Sacramento, DeLeon claims, they tried to stop a car for a traffic violation in the parking lot of Suzie’s Burgers and ended up in a brief vehicle pursuit that ended when the suspect lost them on 29th Street and abandoned the car in an alley.

In the writ he submitted to overturn his termination, DeLeon claims he and his partner were railroaded by an internal affairs investigation that found they covered up their actions before and after the incident.

According to Transparent California, David Justin DeLeon last worked as a police officer for the Sacramento Police Department in 2018, when he earned $75,343 annually, not counting overtime and other pay. According to the public compensation database, that represented an $11,000 pay cut from the year before.

DeLeon, who is representing himself in Sacramento Superior Court, couldn’t be reached for comment. Due to the court’s shutdown over the coronavirus pandemic, SN&R was only able to review the first five pages of his 19-page claim.

Beating a child over flavored cigars

Meanwhile, the Law Office of John L. Burris last week filed a government claim on behalf of Elijah Tufono, a 14-year-old black and Samoan youth who was violently detained last month by a sheriff’s deputy assigned to Rancho Cordova.

A bystander’s cellphone recording of Deputy Brian Fowell throttling the much smaller teen went viral, igniting international coverage and calls for the officer’s termination. The Rancho Cordova Police Department, which is a satellite division of the Sacramento County Sheriff’s Office, launched an internal affairs investigation into the encounter, which reportedly began after Fowell saw Elijah accept a pack of swishers from an adult leaving a 7-Eleven.

The government claim, which seeks more than $25,000 in damages and is typically a precursor to a civil lawsuit, alleges that the 120-pound youth handed over the tobacco product only to have the much larger deputy force him to the ground and punch him near the face and neck while twisting his arms and yelling “what are you,” which Burris’ office interprets as a reference to Elijah’s race or a veiled accusation that he was in a gang.

Local chapters of Black Lives Matter and the National Lawyers Guild have likened the deputy’s actions to child abuse, while the ACLU of Northern California this week called for the Rancho Cordova Police Department to release all video footage of the incident, as well as any disciplinary records involving the officer and complaints of racial profiling or excessive force against the department.

“This vicious beating has understandably drawn national outrage,” Lizzie Buchen, director of the ACLU of California’s Criminal Justice Project, said in a statement. “There is no excuse for this officer using this kind of excessive force for what ended up being a citation for possession of a tobacco product. The family deserves justice and accountability as they heal from this trauma.”

It’s unclear what video footage the department has to release, as Sheriff Scott Jones has repeatedly rebuffed or delayed efforts to outfit his officers with body-worn cameras. The Sacramento County Board of Supervisors, which holds the sheriff’s purse strings, has been reluctant to force the issue.

Burris, for one, wonders what the sheriff’s lack of transparency has meant for other Sacramento youth.

“But for this video, it would have been the word of a seasoned police officer against that of a 14-year-old boy,” he said in a statement. “We may not have captured the essence of the officer’s mean spirit, physical superiority, and lack of regard for the minor’s well-being.”

Be the first to comment on "When fired cops sue"