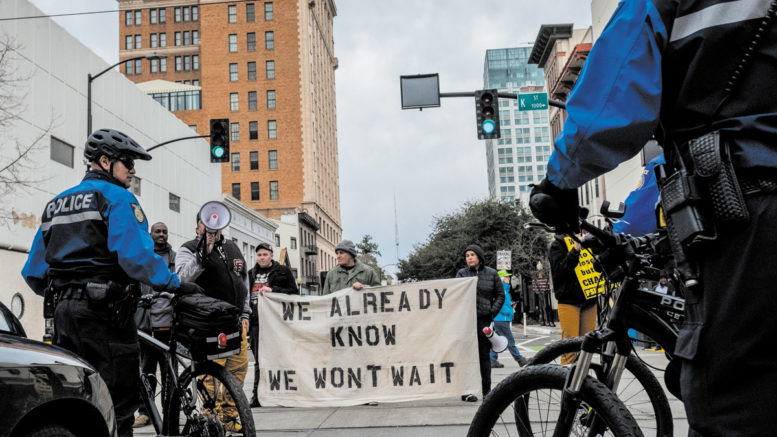 As soon as possible after the DA speaks, Mayor Darrell Steinberg, Police Chief Daniel Hahn and City Council members need to make their own announcements:

That the officers will eventually be fired. That the city will back efforts to change state law, which now gives officers wide discretion to use deadly force. That the Police Department will enact the recommendations of Attorney General Xavier Becerra on use of force, officer training and more. And that the council will seek to change the City Charter to give the Community Police Review Commission more power to oversee the department.

Community leaders should be standing next to Steinberg and Hahn in a show of solidarity. Ideally, so will Clark’s family.

At this point, it appears that some, but not all, of that will happen.

Steinberg plans to hold a public event the same day as the announcement, and has been talking to community leaders about the details. “I want to do whatever helps,” Steinberg told me in his City Hall office on Wednesday.

The mayor’s message will echo his annual State of the City speech on February 19. Speaking about a mile from the Meadowview backyard where Clark was shot dead, Steinberg said that it shouldn’t have happened, that he knows there will be “real anger” if the officers are not charged and that he wants to make it right.

He called for peaceful protest, but he also declared, “Nonviolence does not mean inaction.” He pointed to reforms already underway in the Police Department and he proposed that an “economic equity” fund for neighborhoods get $200 million over the next five years from the Measure U sales tax approved by voters in November.

Will those steps be enough to stop a violent reaction?

“There is a uniform desire I think to keep the peace, so long as there is a commitment to justice,” he added.

The protests have already started, even before Schubert’s announcement. On February 12, demonstrators marched behind a banner that read, “WE ALREADY KNOW. WE WON’T WAIT.” There will be more marches timed around the one-year anniversary of Clark’s death on March 18.

While the initial demonstrations last year were not as violent as some in other cities, “I don’t think we can take peace for granted, either,” Steinberg said. “People need to feel we are serious about changing what needs to be changed.”

This is one of those times when a city defines and reveals itself. Sacramento has the chance to somehow find healing and progress out of tragedy.

Will elected officials, community leaders, protest organizers—all of us—rise to the moment?

What can you bring to a protest? Key committee to consider question Tuesday