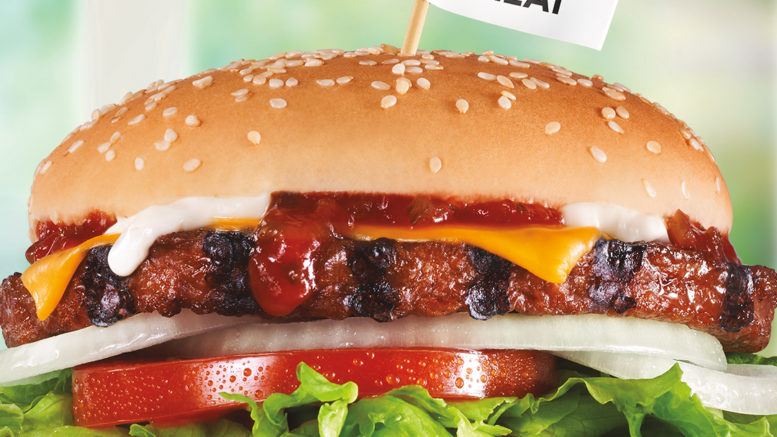 "Beyond Meat burger pictured here as served. Ask for no cheese and no mayo when ordering. (Image courtesy of Beyond Meat)

It’s unlikely you’re eating a lot of fast food these days. But as a vegan, choices were always limited, so were you ever?

Those choices have been less so lately: Burger King’s got the Impossible, Carl’s Jr. has Beyond Meat. Fast food fake meat doors are opening, so a vegan burger is only a drive-thru away, right?

Depends on who you ask. Burger King has already been sued by vegans with cross-contamination concerns and Carl’s Jr.’s specifically notes that its Beyond products are NOT (emphasis theirs) vegan, possibly to avoid the same fate.

The two biggest names in vegan advocacy, PETA and Vegan Outreach, see things differently. PETA’s site encourages vegans not to fret over shared cooking equipment because “doing so doesn’t help any additional animals, and it only makes restaurants less inclined to offer vegan choices.” Vegan Outreach’s website gives similar advice, stating, “There’s a strong argument for vegans to be about 99% vegan and use the extra time and emotional energy it would require to be ‘perfect’ inspiring others to become vegan.”

A healthy kind of help: Vegan program brought 70,000 meals to the Sacramento area during COVID

Be the first to comment on "Planet V: Contamination conundrum"