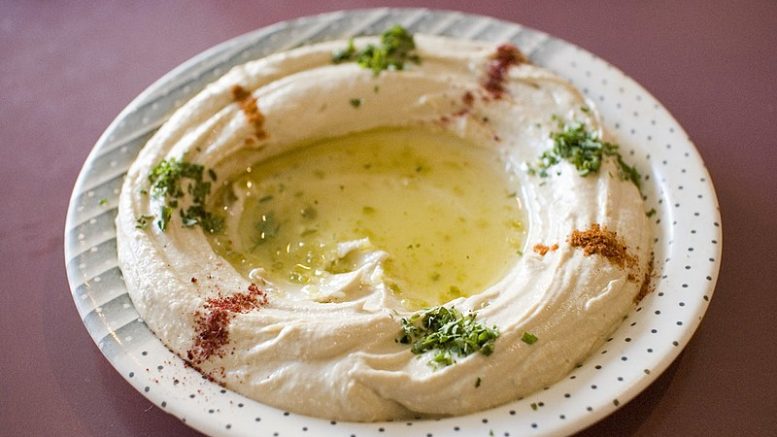 I will not attempt to guess exactly when hummus—that’s a dip or spread of garbanzo beans (I am in the camp that calls them chickpeas, but that’s another story), tahini, lemon juice and garlic—became the preferred American placate-a-vegan food item of choice, but I’m always grateful for its presence.

That’s not exactly true. It’s so ubiquitous that I’ve gone through eras of Portobella levels of hummus eye-roll and burnout. And once prepackaged hummus began to appear in stores, the die was cast: A vegan’s coming to dinner? Quick, pick up some hummus! (I am a terrible dinner guest). Trust me, though, I am truly grateful to all of those who have served me hummus over the years.

Celebrate not just hummus, but the kind omnivores who have proffered it.

One last thing, though: Garbanzo beans are the primary ingredient in hummus. You may have seen recipes trying to class it up a bit, get creative.

White bean hummus is not a hummus. It is a dip. Beet hummus? Also a dip, and … why? On the other side of the coin: chickpea-based brownie or gingerbread hummus? There’s a reason they sell two-for-99-cents at Grocery Outlet.

Stay true to the original article, and celebrate a beloved vegan staple.