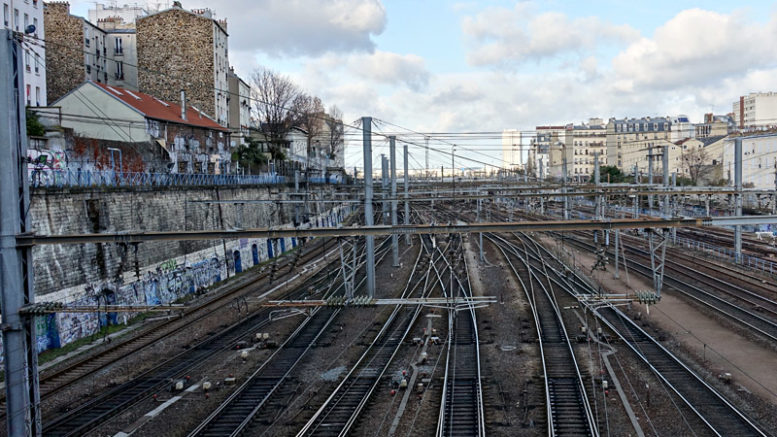 PHOTO COURTESY OF GUILHEM VELLUT UNDER CC 2.0
Stave off your coronavirus anxieties by watching some happy little train tracks.

Everything fun is canceled now. Concerts, sports, going out. It’s all for the best—social distancing is necessary to help prevent the spread of coronavirus. To cope during this period of isolation and uncertainty, consider passing the time by streaming some of these things on your screens.

We get it—you were seriously looking forward to that dinner party at your best friend’s uncle’s house. But in the interest of personal and public health, you probably shouldn’t go. To convince yourself to avoid food-centric gatherings, watch The Invitation, a movie all about a dinner party that goes horribly, horribly wrong. When emotionally distant protagonist Will shows up to his ex’s house for dinner, things seem a little off—even a tad cult-ish. Director Karyn Kusama does a phenomenal job of building tension and also causing you to never want to meet up with friends ever again.

Is there a show more relevant than Netflix’s original reality TV series The Circle? Probably. This one’s still pretty fun to watch though. The goal is simple: In a social media competition, contestants rank each other to become the number one influencer. The catch? No one knows who anyone is, they’re each isolated in separate apartments and they can only communicate via profiles and instant messaging on an app called The Circle. Part-game, part-social experiment, the show is full of strategy, chat room drama and catfishing. Aside from that, it’s nice to see how other people cope with isolation. Mostly they just talk out loud to themselves—a lot.

Stream The Circle on Netflix.

Things are a little disappointing if you’re a sports nut right now. Let’s look at our options: March Madness? Canceled. NBA? Postponed. MLB? Let’s just … not talk about it. If you’re desperate, you could try teaching your aquarium full of fish how to play baseball—just give them little hats and bats, then coach them on how to follow through on their swing or throw bean balls at the Houston Astros. For those who don’t have fish, Ken Burns’ nine-part documentary series Baseball is now streaming for free on the PBS website. It takes you through the whole history of the sport, from pre-Civil War to the 1990s, and there’s very little risk of a spit-covered sunflower seed hitting you in the eyeball. Go team!

If cabin fever is getting to you and all hope seems lost, tune in to RailWay on YouTube. A channel dedicated to 24/7 live streams of trains chugging along like nothing’s wrong, this is about as good as it gets. Lounge in your chair and watch as Norwegian landscapes blanketed in snow speed by, and shout with excitement when a tunnel appears. You have no idea where you’re going, and that’s OK. Allow your worries to wash away, and let the train tracks take over. They know where they’re going. Trust the train tracks.