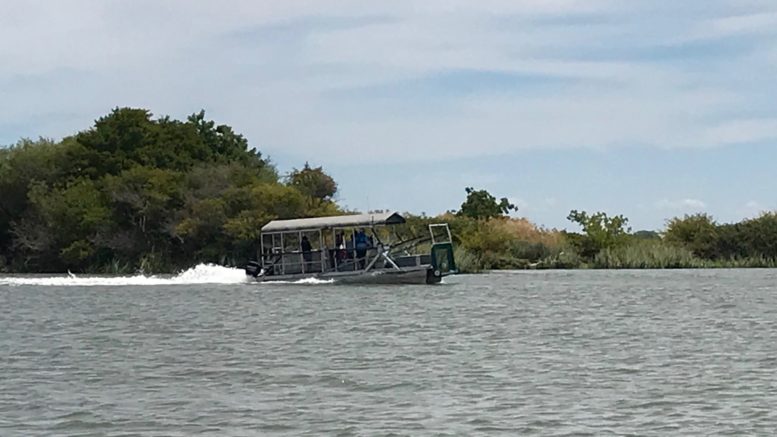 State water officials offered an early look at the downsized California WaterFix project earlier this month, and conservationists and far-traveling indigenous tribes say they still believe it has the potential to permanently alter life in and around the Delta.

The old version of California WaterFix, better known as the “twin tunnels,” was opposed by virtually every major environmental organization in the state, as well as fishing alliances, Delta businesses and groups concerned with the cultural and historic resources from Freeport to Walnut Grove. In addition to fears that the project would threaten the survival of the Chinook salmon and smelt, the previous environmental impact report laid the groundwork for eminent domain and construction impacts that could turn the Delta’s rural environment into an industrial zone.

In response to Gov Gavin Newsom’s executive order last April to limit the project to one tunnel, the California Department of Water Resources held one of its first public “scoping meetings” Feb. 3 to start a new environmental review process. But the scope of what DWR’s engineers have in mind still includes two steel and concrete intakes along the Sacramento River between Hood and Courtland, as well as two large forebays and various pumping plants.

The project also involves digging a roughly 40-to-50 mile-long tunnel through prime Delta farming land, to be set between 150 to190 feet underground. DWR is still considering two different routes for that tunnel.

“We don’t currently have a preference between the two of them,” DWR program manager Carrie Buckman told the downtown Sacramento crowd. “We’re getting feedback. … This is a starting point, not a decision document.”

But Molly Culton, conservation organizer for Sierra Club California, argued that the concept was flawed for an obvious reason.

“We strongly suggest DWR assess a no-tunnel project,” Colton told state officials. “Diversions from an already fragile ecosystem will increase, and this tunnel will facilitate those diversions.”

“The emphasis seems to be more about moving water than taking care of the whole state,” Wallace said. “I’m hoping as you start looking into this, you’ll start encouraging more benign ways to do agriculture in the south without ruining the ecosystem of the Delta.”

A number of those attending the meeting were members of different indigenous tribes that live along the Trinity and Klamath rivers. The health of those rivers is directly tied to the Delta. Tribal members had to drive more than five hours to make their voices heard because DWR didn’t schedule any public meetings north of Sacramento.

Chief Caleen Sisk, head of the Winnemem Wintu Tribe, told officials she was worried about the new concept. “How are you going to do this without harming the Delta and its levees?” Sisk asked. “I would like to see the framework of your science that you’re going to use to dig that far down.”

The chief added, “My people have never benefited from this state’s empire building.”

2 Comments on "One tunnel, same distrust"