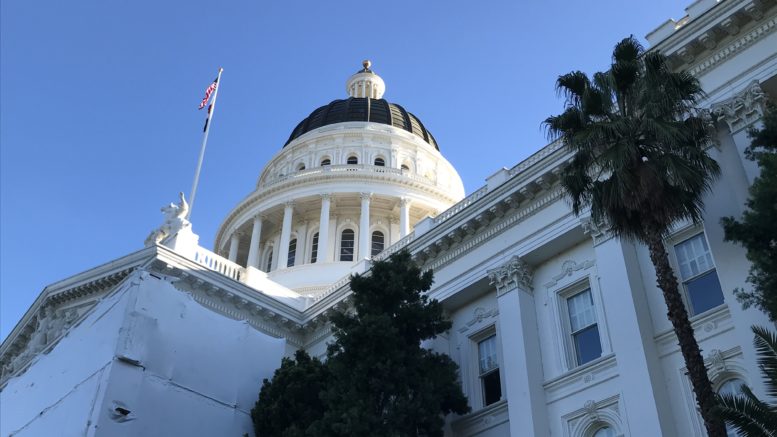 Sacramento Mayor Darrell Steinberg wants the city to get more done at the state Capitol. (Photo by Foon Rhee)

Mayor says Sacramento must get more from state

When someone who used to be California’s most powerful legislator makes a point, you have to take it seriously.

It certainly got my attention when Mayor Darrell Steinberg—who served as state Senate president pro tem from 2008 to 2014—declared at a recent City Council meeting that Sacramento’s advocacy at the state Capitol must be more successful.

He’s right: The city should be getting more help and more money from the Legislature, which reconvenes on Monday, Jan. 6.

“We leave a lot on the table as a city,” Councilman Steve Hansen agreed at a Dec. 3 committee meeting to discuss the city’s legislative wish list.

Hansen said Sacramento, as the capital city, may take its influence for granted so it isn’t working as hard as other cities. He called for more coordination with local agencies such as Regional Transit, and better use of the connections built by Sacramentans who have worked in the Legislature.

Steinberg believes that local community leaders and elected officials should pay as much attention to state government as they do Congress and the federal government, says his spokeswoman. He proposes a multi-day lobbying blitz similar to the annual Cap-to-Cap trip to Washington, D.C., organized by the Sacramento Metro Chamber. (Nearly 400 officials and business leaders are set for the 50th edition April 25-29).

The mayor doesn’t believe that Sacramento gets its fair share of resources, compared to the Bay Area and Los Angeles, his spokeswoman said in an email.

These days, City Hall is counting on state help to remake the moribund Old Sacramento waterfront into an exciting visitor destination. When the council approved another $175,000 in design work on Dec. 10, Assemblyman Kevin McCarty was there in support and joked that when council members mentioned funding, they looked at him. It’s dead serious. While the city has pledged as much as $47 million in hotel taxes, the early cost estimates total $64 million. Also, the city is exploring a partnership with the state, which owns one third of Old Sacramento land, and private property owners to run the waterfront.

The city is also seeking state aid on homelessness. After Steinberg and other big-city mayors appealed to Gov. Gavin Newsom last year, they received $1 billion in the budget, plus more authority to build emergency shelters.

California cities, however, are still trying to recover from the 2012 demise of redevelopment agencies, which they used for 60 years to build housing and other projects to address urban blight.

When the Legislature reconvenes Jan. 6, Sacramento will have a long wish list. It includes building more affordable housing; creating jobs and broadening economic development; investing in infrastructure and transportation; building a sustainable and “green” community; and improving public safety and disaster preparedness.

In 2019, his first year as governor, Newsom was somewhat distracted by deadly wildfires and PG&E’s bankruptcy, the city’s lobbyists at the state Capitol told the council’s Law and Legislation Committee on Dec. 3. In 2020, Newsom will focus on his campaign priorities of climate change, environmental protection and housing, said California Advisors, which the city pays $12,000 a month.

Sacramento needs state help and money to get big things done. And that, as Steinberg says, means city officials must figure out how to win more at the state Capitol.

Be the first to comment on "Editor’s note: Capitol success"