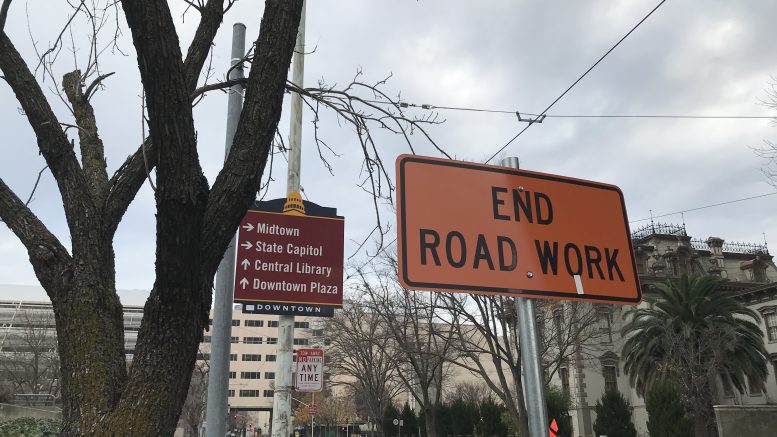 Yes, persuading Sacramento County voters to increase their sales taxes for 40 years—and in the middle of a pandemic—was going to be a very heavy lift.

Still, it was a stunner that the Sacramento Transportation Authority voted 13-0 Wednesday to reverse course and pull the measure off the November ballot.

After all, a lot of work and difficult negotiations had already gone into producing an $8.4 billion highway and transit plan that won approval from every elected board in the county and was headed for a final action before county commissioners on July 28.

Also, several elected leaders had pushed back on the timing concerns by arguing that the shovel-ready construction projects funded by Measure A would be just the thing to pull the local economy out of the COVID-19 recession.

In a privately-financed poll conducted between June 24 and July 1, support for the half-cent sales tax hike fell considerably short of the two-thirds majority needed for passage. No matter whether the ballot language emphasized reducing traffic congestion or stimulating the economy, support only reached 54%, even though more than 60% of respondents also said they could afford the estimated $80 a year in additional taxes for the average household.

Even with a costly campaign, the pollsters concluded, it would be difficult to raise support enough, particularly if the measure faced any organized opposition.

“Given the uncertainty surrounding the coronavirus and the resulting impact on the economy, it just wasn’t the right time to move forward and the polling demonstrated that,” STA Executive Director Will Kempton said in an email to SN&R.

The public unrest over police killings and racial justice has also unsettled some voters. In the current political climate, Placer County and Riverside County also pulled transportation measures from November. In the March primary, a half-cent transportation sales tax in Contra Costa County failed with only 52% support; overall, only 22% of tax and bond measures requiring two-thirds approval passed in March, a far lower success rate than in recent primaries.

If approved, Measure A would have raised the sales tax in the city of Sacramento to 9.25%.

County Supervisor Sue Frost, the lone “no” vote on the county board, crowed about the U-turn on Measure A and thanked her supporters for more than 1,000 emails and 100 phone calls.

“I have been opposed to the tax increase because it was not going to put enough money into actually fixing the roads, and because I strongly feel that we should not be imposing a tax increase during a global pandemic,” she told them in an email.

The board did not reschedule Measure A, so its future is uncertain. At the same time, a second defeat would be devastating for this once-in-a-generation effort.

A previous attempt—a half-cent hike for 30 years—failed by just 8,100 votes in November 2016, when the economy was booming. And there’s a lot on the line for the Sacramento region—for long-term transportation improvements, air quality and climate change.

Leading up to the STA board’s approval in May, supporters had called the 40-year plan balanced, though some advocates had wanted more for mass transit. The $8.4 billion plan called for about 48% of the money to be spent on local roads, 22% on Sacramento Regional Transit for operations and expansion, 13% on rail and transit projects and 12% for highway congestion relief projects.

Now, the pandemic has put all of that on hold. But maybe the delay is for the best so officials can see if commuting patterns permanently change—perhaps reducing the need for new highways and mass transit—as more people continue to work from home.

COVID-19 is changing everything, including political reality.