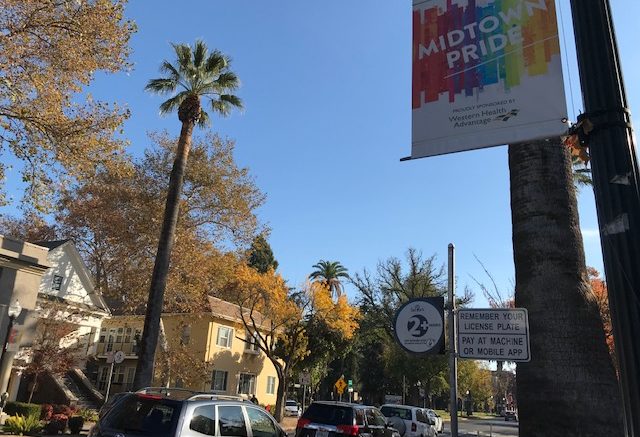 It’s free parking at meters in parts of downtown, Midtown and Old Sacramento after 4:30 p.m. on weekdays and all day on weekends through Dec. 25. (Photo by Foon Rhee)

Sacramento’s parking tech is a work in progress

It’s free parking for the holidays in parts of downtown, Midtown and Old Sacramento, so enjoy it while it lasts.

Otherwise, commuters and visitors alike are paying more at street meters to help pay for Golden 1 Center at the same time City Hall is still trying to get 4,500 “smart” meters to work as designed.

The meters are more convenient for motorists; they take debit and credit cards (accounting for 80% of transactions), and there’s also a mobile payment app. They’re also more lucrative for the city because they let motorists stay beyond the normal time limit, for a higher price. In December 2015, the city increased regular rates from $1.25 to $1.75 an hour and extended meter hours later into the night.

But after hundreds of motorists were wrongly ticketed for expired meters in late 2017, the City Council ordered an audit.

While there was no evidence the errors were intentional, the city auditor did confirm that nearly 20% of payments made with a mobile app failed to register with the meters in a four-block area around Golden 1 Center. In his final report delivered in February, the auditor also found that the vehicle detection sensors and battery life of the meters needs to be improved to prevent erroneous citations.

The city’s public works department, which oversees parking, agreed with the audit’s findings. It said it had given hand-held devices to parking enforcement officers to check on mobile payments, and also promised to keep improving technology and service, but said the new technologies mean a transition period.

The city has not changed any of its parking vendors, and says parking operations are generating the revenue needed as its part of the arena financing. It is counting on $5 million more a year from parking meters and city-owned garages to cover about 10% of its debt payments.

Still, it’s trying to lure more people to use city parking. On Nov. 7, SacPark (the city’s parking reservation system) announced a partnership with Arrive, Ticketmaster and Waze. People attending Sacramento Kings games, concerts at Golden 1 Center, Broadway Sacramento plays and other events can find, book and pay in advance for parking spaces in lots and garages. A trip planner from Arrive and Waze is designed to ease traffic congestion around the arena. If it works, it would be good for downtown residents and state workers trying to get home, as well as Kings fans and concertgoers.

Sacramento’s parking situation could be worse.

In the early number-crunching on financing a new arena, the city counted on more money from parking. At one point, it even looked at auctioning off its meters and garages to a private company. That terrible idea was scotched after officials heard horror stories from other cities, most notably Chicago.

In 2008, that city leased its parking for 75 years for $1.16 billion to dig out of a budget hole. But the private company increased meter rates, and the city’s inspector general warned that it was a bad deal.

It was. In 2018, meters brought in $132.7 million and four garages another $34 million, which the Chicago Sun-Times reports puts the private investors on pace to pay off the lease by 2021. After years of complaints, the Chicago City Council voted in September to overhaul parking tickets, including ending driver’s license suspensions for unpaid tickets.

Sacramento does not suspend licenses over unpaid tickets, and the city says that of more than 5 million transactions a year at meters, fewer than 3% result in parking citations.

So, yes, it could be worse.

White supremacists are trying to recruit college kids, but it’s not the guy you think

Sac’s independent bookstores try to soldier on, survive the lockdown

Be the first to comment on "Editor’s note: Feeding the meter"