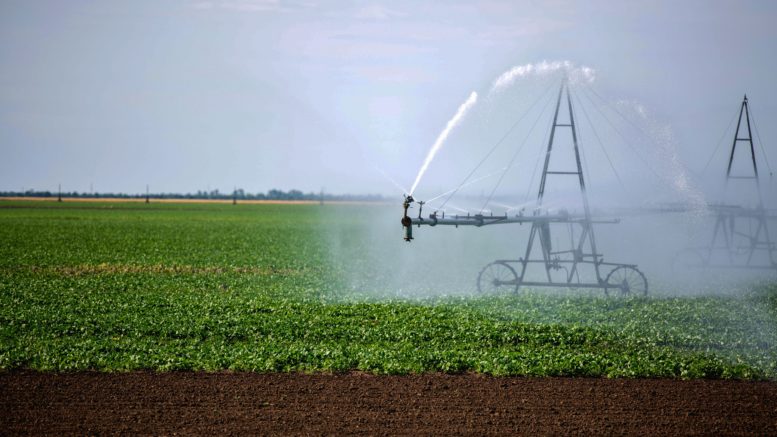 California isn’t in an official drought and under mandatory water conservation, but climate change means that saving water is always crucial.

Digging up thirsty lawns, taking shorter showers and making other lifestyle changes can reduce residential consumption. But to significantly cut water use, bigger and broader measures are also needed.

That’s why a recent announcement should not go unnoticed: the Sacramento Regional County Sanitation District won state approval to deliver recycled water to agricultural and habitat conservation land in the southern part of the county. When complete, it will be one of California’s largest water recycling projects—50,000 acre feet a year for about 16,000 acres that now use precious groundwater for irrigation.

The project, officials say, could restore depleted groundwater levels by 35 feet within 15 years, improve more than 5,000 acres of wetlands, increase flows in the Cosumnes River for fall-run Chinhook salmon and support threatened species including the Swainson’s Hawk and sandhill cranes.

No wonder the project is endorsed by a wide range of environmental and conservation groups. Regional San says the recycled water, after three levels of treatment, will meet all health and safety standards for agricultural use.

Farmers can still pump groundwater, but the recycled water will cost about the same and be a more dependable supply, said Christoph Dobson, Regional San’s director of policy and planning. Of the land in the project area, 27% is used to grow field crops, 22% for alfalfa and 18% for vineyards. There are eight dairies.

California farms rely on groundwater for about one-third of their water supply, even more during droughts. But some aquifers have been pumped nearly dry; the ground is actually sinking in parts of the Central Valley.

So as part of California’s water-saving strategy, the Legislature passed a package of laws in 2014—in the middle of the record drought—to set rules for farmers’ use of groundwater for the first time.

And groundwater sustainability is getting a big chunk of Proposition 1, the $7.5 billion bond issue approved by voters in 2014. In July 2018, the California Water Commission gave as much as $280.5 million in Prop. 1 money for the Regional San project.

Because that grant is covering construction and because the eventual $4 million in operating costs is built into current rates, the project won’t raise the bills of the 1.4 million people who get wastewater service from Regional San, Dobson said.

To make the project work, however, landowners have to sign up. In 2016, of the 100 or so farmers and other property owners, enough submitted letters of interest for about half the recycled water. This fall, Regional plans to start securing letters of intent.

Final design of the distribution system is scheduled for 2020-21 and construction to start in 2023, but it could be 20 years before the project is fully completed.

At this point, there are no plans to recycle water for drinking and cooking, as some systems in Southern California do. “It takes an even higher degree of treatment, and it’s quite expensive,” Dobson said.

But who knows, water could become so scarce around here one day that it makes financial and environmental sense.

Be the first to comment on "Editor’s note: Facing the forever drought"