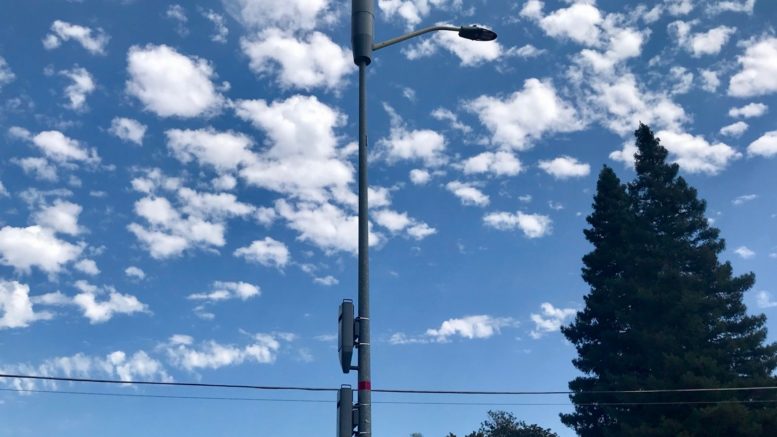 Sacramento Mayor Darrell Steinberg’s mission to make the city a technological innovator faced its largest pushback yet last week, when a bevy of critics accused him of promoting public-private partnerships without considering the unintended consequences.

The flare-up comes two years after Steinberg led the way to give Verizon Wireless significant access to the city’s telecommunication’s grid to make Sacramento a pioneering municipality for 5G networks. Recently, the city councilman whose district is at the heart of the experiment, Rick Jennings, heard so many concerns from residents that he insisted on a public forum.

That Sept. 3 meeting made it clear that where Steinberg sees opportunities to brand Sacramento as an “innovator,” some residents see an episode of Black Mirror—specifically when it comes to taking the Trump administration’s word for safety standards.

When City Hall first heralded its deal in winter of 2017, it was met with skepticism in some quarters due to Verizon’s controversial record of sharing customer data, installing cell towers in Yosemite National Park and spending millions to lobby against net neutrality. The current chairman of the Federal Communications Commission, Ajit Pai, is a former Verizon attorney.

Closer to the ground, other residents had more immediate concerns. The same year the deal was struck, 180 scientists and doctors from around the world signed a letter to the European Commission asking for a moratorium on 5G cell tower expansion, citing concerns over how the radiation output from the towers affect human brains, fertility and cancer rates.

Then, in December 2018, an article in the prestigious medical journal, The Lancet, stated, “Mounting scientific evidence suggests that prolonged exposure to radio frequency electromagnetic radiation has serious biological and health effects. However, public exposure regulations in most countries continued to be based on the guidelines … which were established in the 1990s on the belief that only acute thermal effects are hazardous.”

Undeterred by these developments, city leaders pressed ahead with allowing Verizon to create a 5G pilot program in the Pocket-Greenhaven area, insisting it would give Sacramento the upper hand in advanced computing, autonomous vehicle and “smart city” technologies. The work that’s now underway sparked enough concern that Jennings called for last week’s forum.

The start of the meeting featured Jerrold Bushberg, a UC Davis faculty member and a national expert on how X-rays and radio frequencies affect human health, trying to assuage fears. Bushberg said his own independent review concluded that there was no danger from 5G towers.

“It turns out that both the 4G and 5G sites that were evaluated, the exposures were less than 100% of the public limit, and the public limit is the level that does not require any mitigation,” Bushberg said. He then said that radio frequency radiation in Sacramento from the new 5G network would be well within what the FCC has determined is safe.

But that last part of his explanation came under heavy fire during public comment. Ross Hilderbrand, a retired network engineer, said the FCC now has too many conflicts of interest to be trusted to regulate the wireless industry.

“The FCC is highly influenced by telecommunication lobbyists who have biased motivation to choose profit over science,” Hilderbrand argued.

Resident Patricia Krieg addressed why the city was compelled to hold the hearing in the first place. “It’s obvious from the actions of the City Council they’re retroactively justifying their decision to rush the deployment of 5G, a decision they made without any input from the public,” she said.

Council members Allen Warren and Angelique Ashby eventually said that city staff should further explore whether it was appropriate to place limitations on 5G towers near parks and schools. The city manager and attorney currently have a review of the program underway.

But Councilman Larry Carr, a member of the SMUD board, was less convinced of any dangers posed by 5G. He noted that SMUD had investigated numerous reports of Sacramentans claiming they’d been sickened by radio frequency radiation from smart meters, but found zero evidence it was true.

The evening ended with Steinberg defending his leadership.

“I want to be clear about what motivated this, because this started when I became mayor,” he said. “The city is very intentional about trying to diversify our economic base and the industries we’re attracting here. It’s not just about the technology and making wireless easier to access and faster. … It’s about trying to send a market signal that we want more jobs here and higher-wage jobs.”

Steinberg conceded that if he found proof that there were health risks associated with 5G, that would take precedent over economic development. But, he added, he remained unconvinced.

“The challenge for policy makers is that this is not so absolute,” Steinberg told the crowd. “I’ve not seen any evidence that shows the 5G technology is absolutely unsafe.”

Verizon deal will bring 5G network to the capital city—but at what cost?

Be the first to comment on "5G for fighting: City forced to conduct new safety review of 5G tower plan"